A nurses’ strike at a Boston hospital has turned into a lockout.

The 24-hour strike by about 1,200 nurses at Tufts Medical Center ended at 7 a.m. Thursday.

About 100 nurses tried to return to work when the strike ended but were turned away by hospital security staff. The members of the Massachusetts Nurses Association continued to picket with updated signs. 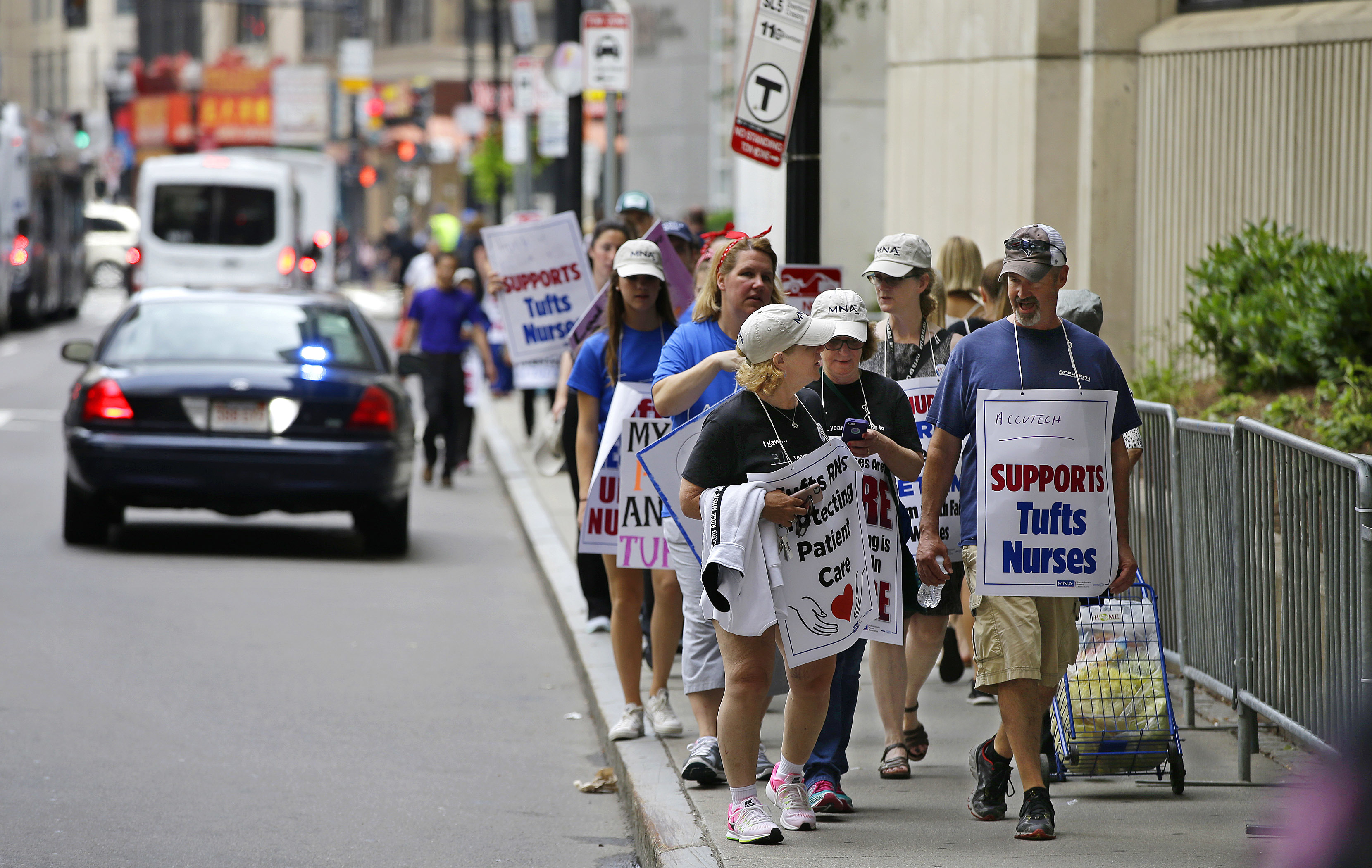 Nurses at the Tufts Medical Center picket outside the hospital on Washington Street Wednesday, July 12, 2017, in Boston. A strike by more than 1,200 Tufts Medical Center nurses started at 7 a.m. Wednesday with picket lines outside the hospital. Hospital officials have locked out striking nurses for four additional days and hired more than 320 temporary nurses. (AP Photo/Stephan Savoia)

The nurses have been locked out by the hospital until 7 a.m. Monday because about 320 temporary nurses hired to care for patients during the strike have a five-day contract.

The union and the hospital are at an impasse over staffing levels, pay and retirement benefits.

The sides have been negotiating since April 2016.

It was the first nurses’ strike at a Boston hospital in more than three decades.