Olympus recently announced the specific expansion of the Big Screen surgery afforded by the VISERA 4K UHD system into ear, nose, and throat (ENT) procedures, such as functional endoscopic sinus surgery (FESS) and skull base surgery.

The VISERA system is the inaugural offering of the Sony Olympus Medical Systems (SOMED) collaborative initiative. In company promotional material, Olympus touts the system’s wider color gamut, particularly emphasizing the stronger range of reds and yellows. The clarity found in the magnified visualization is also held up as a significant benefit.

Olympus further notes the system “allows operating room personnel to get closer to the operating field as they view cases live on a 55-inch operative display that magnifies anatomical features to deliver more visual information to the entire surgical team.” 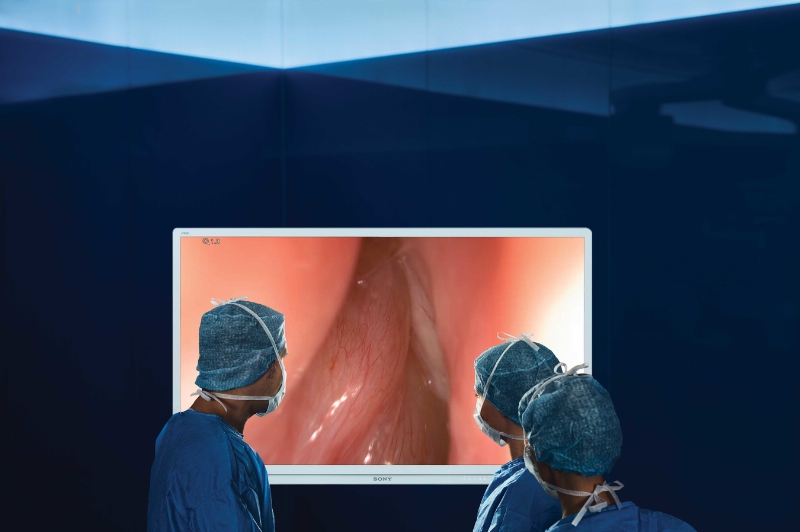 When the VISERA was introduced in the spring, Olympus found physicians who were ready to marvel at its vivid visualization, including Ninh Nguyen, MD, of the University of California Irvine Medical Center.

“The color and contrast in the Olympus 4K image provides superb clarity, unlike any operative video image I have seen before,” Dr. Ninh Nguyen said at the time. “The image is so clear that I was able to see down to the capillary level.”

In a press release about the move into ENT procedures, Olympus Medical Systems Group president Todd Usen celebrated the development as a continuing expansion of the versatility of the technology.

“As each specialty confirms the improved experience that Big Screen surgery delivers, we get closer to confirming our predictions that this surgical modality could impact as many as 20 million procedures per year,” Usen says. “In the future months, we believe an increasing number of physicians will be excited to see the benefits such technology advancement can bring toward improving quality of care, containing costs and enhancing patient satisfaction.”