An opera singer still performing after two double lung transplants has debuted a song she wrote to pay tribute to the immigrant roots of her more recent donor.

Charity Tillemann-Dick and her lung donor’s 24-year-old daughter, Esperanza Tufani, sang the song together in front of about 200 doctors and medical executives at a Cleveland medical summit on Tuesday. Tillemann-Dick wrote the song, “American Rainbow,” to honor her connection with her donor, a Honduran immigrant who died of a stroke in 2012.

“We are all part of this big human family, and I think transplants show that better than anything,” Tillemann-Dick said. “I breathe because of someone who came to this country looking for a better life.” 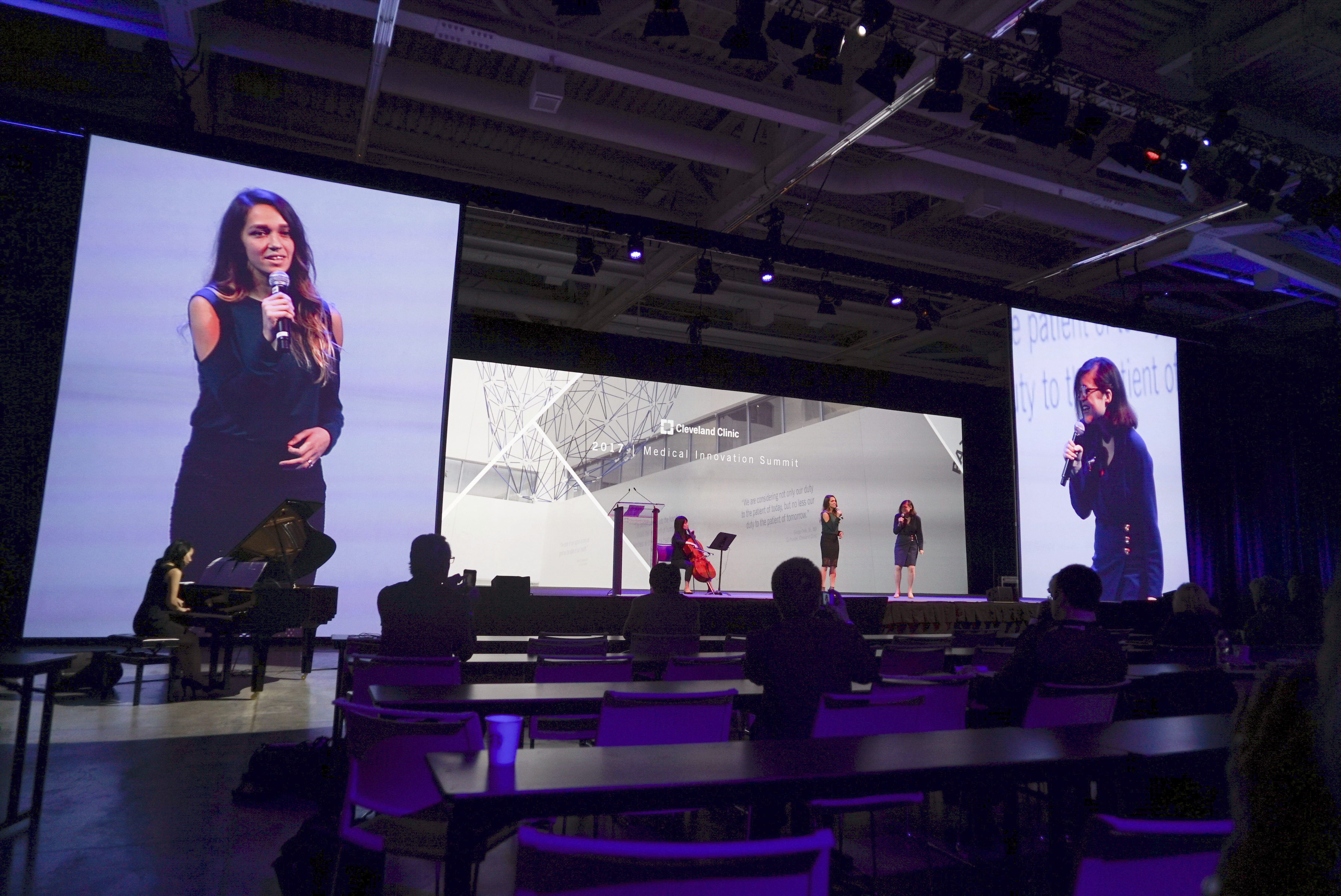 Charity Tillemann-Dick, right, debuts her new song with Esperanza Tufani, left, at a medical summit in Cleveland, Ohio on Tuesday, Oct. 24, 2017. Tillemann-Dick, an opera singer still singing after two double lung transplants, wrote a song to honor the Honduran immigrant roots of Tufani’s mother, who was the donor of her lungs. (AP Photo/Dake Kang)

Tillemann-Dick was studying opera in Hungary when she discovered she had pulmonary hypertension, a disease that caused her heart to swell to three and a half times its normal size and was likely to be fatal without a lung transplant. After getting new lungs in 2009, Tillemann-Dick had what she calls “a tiny wisp of a voice.” A doctor told her singing high notes would kill her, but she persisted and went through months of therapy before starting to sing again.

Year later, Tillemann-Dick’s body rejected her transplanted lungs, an experience she calls the most “devastating thing that’s happened to me.”

Tillemann-Dick expected to die, but in 2012 she received a second set of lungs from Tufani’s mother, whose lungs turned out to be a better match. Tillemann-Dick’s voice recovered quickly, and her debut album, “American Grace,” topped Billboard’s classical charts in July 2014.

Tillemann-Dick wrote a letter to Tufani, thanking her for her mother’s lungs. Ten months later, the two got in touch through a mutual acquaintance and became fast friends. Tufani, a Chipotle restaurant manager who aspires to become a singer, said it was tough for her at the time to decide to donate her mother’s lungs, as she had lost touch with her mother after her parents divorced.

Today, Tufani has no regrets.

“I always wanted to have sang with my mom, but I didn’t have that relationship with her,” Tufani said. “Getting to do that through Charity, it’s amazing. She doesn’t really realize how much of an impact she’s had on my life.”