Companies selling some of the most lucrative prescription painkillers funneled millions of dollars to advocacy groups that in turn promoted the medications’ use, according to a report released Monday by a U.S. senator.

The investigation by Missouri’s Sen. Claire McCaskill sheds light on the opioid industry’s ability to shape public opinion and raises questions about its role in an overdose epidemic that has claimed hundreds of thousands of American lives. Representatives of some of the drugmakers named in the report said they did not set conditions on how the money was to be spent or force the groups to advocate for their painkillers.

The report from McCaskill, ranking Democrat on the Senate’s homeland security committee, examines advocacy funding by the makers of the top five opioid painkillers by worldwide sales in 2015. Financial information the companies provided to Senate staff shows they spent more than $10 million between 2012 and 2017 to support 14 advocacy groups and affiliated doctors.

The report did not include some of the largest and most politically active manufacturers of the drugs.

The findings follow a similar investigation launched in 2012 by a bipartisan pair of senators. That effort eventually was shelved and no findings were ever released. 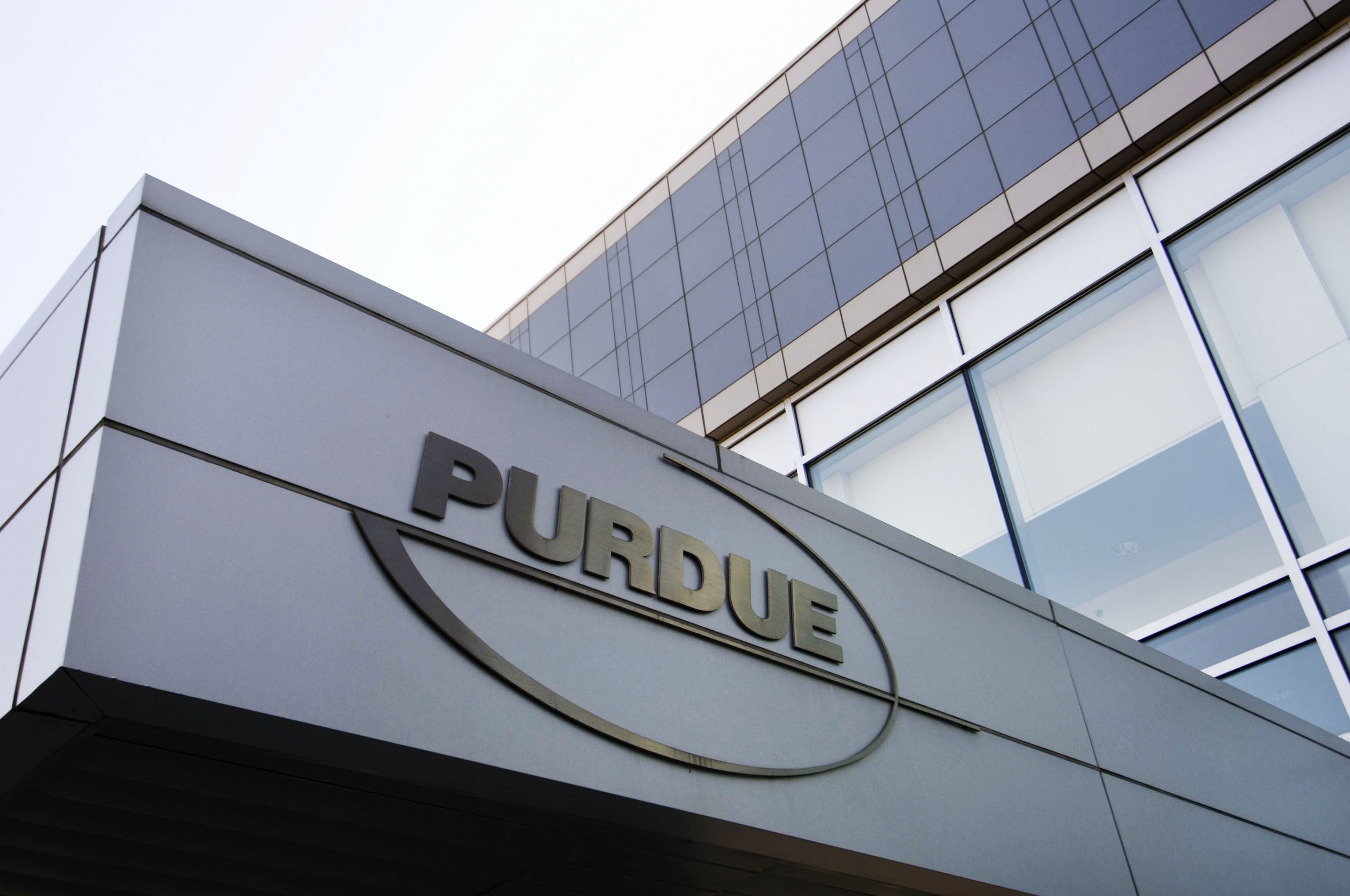 This May 8, 2007 file photo shows the Purdue Pharma offices in Stamford, Conn. A report released Monday, Feb. 12, 2018, by U.S. Sen. Claire McCaskill finds that companies selling some of the most lucrative prescription painkillers funneled millions of dollars to advocacy groups that in turn promoted the medications’ use. Purdue Pharma, the maker of OxyContin, contributed the most money to the groups, funneling $4.7 million to organizations and physicians from 2012 through last year, according to the report. (AP Photo/Douglas Healey, File)

While the new report provides only a snapshot of company activities, experts said it gives insight into how industry-funded groups fueled demand for drugs such as OxyContin and Vicodin, addictive medications that generated billions in sales despite research showing they are largely ineffective for chronic pain.

“It looks pretty damning when these groups were pushing the message about how wonderful opioids are and they were being heavily funded, in the millions of dollars, by the manufacturers of those drugs,” said Lewis Nelson, a Rutgers University doctor and opioid expert.

The findings could bolster hundreds of lawsuits that are aimed at holding opioid drugmakers responsible for helping fuel an epidemic blamed for the deaths of more than 340,000 Americans since 2000.

McCaskill’s staff asked drugmakers to turn over records of payments they made to groups and affiliated physicians, part of a broader investigation by the senator into the opioid crisis. The request was sent last year to five companies: Purdue Pharma; Insys Therapeutics; Janssen Pharmaceuticals, owned by Johnson & Johnson; Mylan; and Depomed.

Fourteen nonprofit groups, mostly representing pain patients and specialists, received nearly $9 million from the drugmakers, according to investigators. Doctors affiliated with those groups received another $1.6 million.

Most of the groups included in the probe took industry-friendly positions. That included issuing medical guidelines promoting opioids for chronic pain, lobbying to defeat or include exceptions to state limits on opioid prescribing, and criticizing landmark prescribing guidelines from the U.S. Centers for Disease Control and Prevention.

“Doctors and the public have no way of knowing the true source of this information and that’s why we have to take steps to provide transparency,” said McCaskill in an interview with The Associated Press. The senator plans to introduce legislation requiring increased disclosure about the financial relationships between drugmakers and certain advocacy groups.

A 2016 investigation by the AP and the Center for Public Integrity revealed how painkiller manufacturers used hundreds of lobbyists and millions in campaign contributions to fight state and federal measures aimed at stemming the tide of prescription opioids, often enlisting help from advocacy organizations.

Bob Twillman, executive director of the Academy of Integrative Pain Management, said most of the $1.3 million his group received from the five companies went to a state policy advocacy operation. But Twillman said the organization has called for non-opioid pain treatments while also asking state lawmakers for exceptions to restrictions on the length of opioid prescriptions for certain patients.

“We really don’t take direction from them about what we advocate for,” Twillman said of the industry.

The tactics highlighted in Monday’s report are at the heart of lawsuits filed by hundreds of state and local governments against the opioid industry.

The suits allege that drugmakers misled doctors and patients about the risks of opioids by enlisting “front groups” and “key opinion leaders” who oversold the drugs’ benefits and encouraged overprescribing. In the legal claims, the governments seek money and changes to how the industry operates, including an end to the use of outside groups to push their drugs.

U.S. deaths linked to opioids have quadrupled since 2000 to roughly 42,000 in 2016. Although initially driven by prescription drugs, most opioid deaths now involve illicit drugs, including heroin and fentanyl.

Purdue Pharma, the maker of OxyContin, contributed the most to the groups, funneling $4.7 million to organizations and physicians from 2012 through last year.

In a statement, the company did not address whether it was trying to influence the positions of the groups it supported, but said it does help organizations “that are interested in helping patients receive appropriate care.” On Friday, Purdue announced it would no longer market OxyContin to doctors.

Insys Therapeutics, a company recently targeted by federal prosecutors, provided more than $3.5 million to interest groups and physicians, according to McCaskill’s report. Last year, the company’s founder was indicted for allegedly offering bribes to doctors to write prescriptions for the company’s spray-based fentanyl medication.

“The question was: Do we make these people suffer, or do we work with this company that has a terrible name?” said U.S. Pain founder Paul Gileno, explaining why his organization sought the money.

Depomed, Janssen and Mylan contributed $1.4 million, $650,000 and $26,000 in payments, respectively. Janssen told the AP the company acted responsibly; Mylan objected to being included because of its “minuscule role” in opioid sales and marketing; while calls and emails to Depomed were not returned.