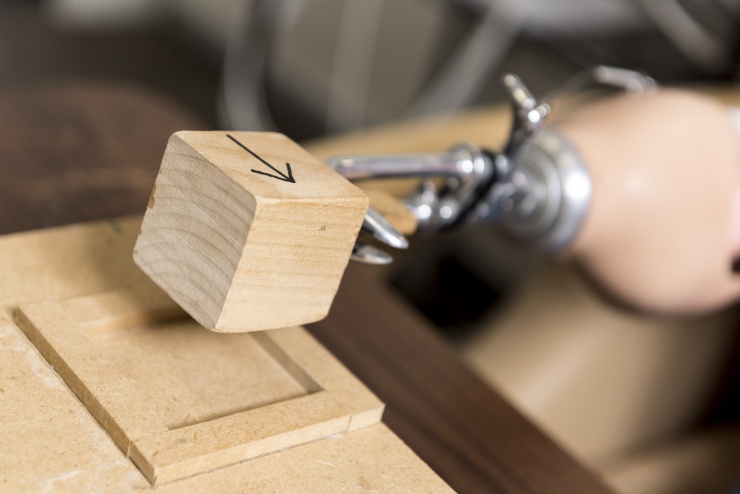 Participants wearing a prosthesis were tasked with turning over a block.

New research suggests that upper limb amputees, who typically struggle to learn how to use a new prosthesis, would be more successful if fellow amputees taught them. Most usually learn by watching a non-amputee demonstrate the device during physical therapy and rehabilitation sessions. A Georgia Institute of Technology study that measured arm movements and analyzed brain patterns found that people do better when they learn from someone who looks like them. The paper is published in the journal Neurorehabilitation and Neural Repair.

“We wanted to see if there was something we could improve in therapy that helps amputees – something to refresh the rehab,” said Lewis Wheaton, an associate professor who led the study and directs Georgia Tech’s Cognitive Motor Control Lab. “If people with a prosthesis can’t figure it out in the first three days, they tend to give up.”

Prior research found that as many as 75 percent of amputees consider their prosthesis to be primarily aesthetic, and 33 percent reject the device because it’s not practical. Poor training and a bad first experience are often listed as reasons they eventually quit wearing the device.

In the study, participants wore an elbow-to-hand prosthesis (a split hook device) with movement sensors embedded onto the elbow. The device was designed to limit forearm and wrist movement. They also wore an EEG cap on their heads. 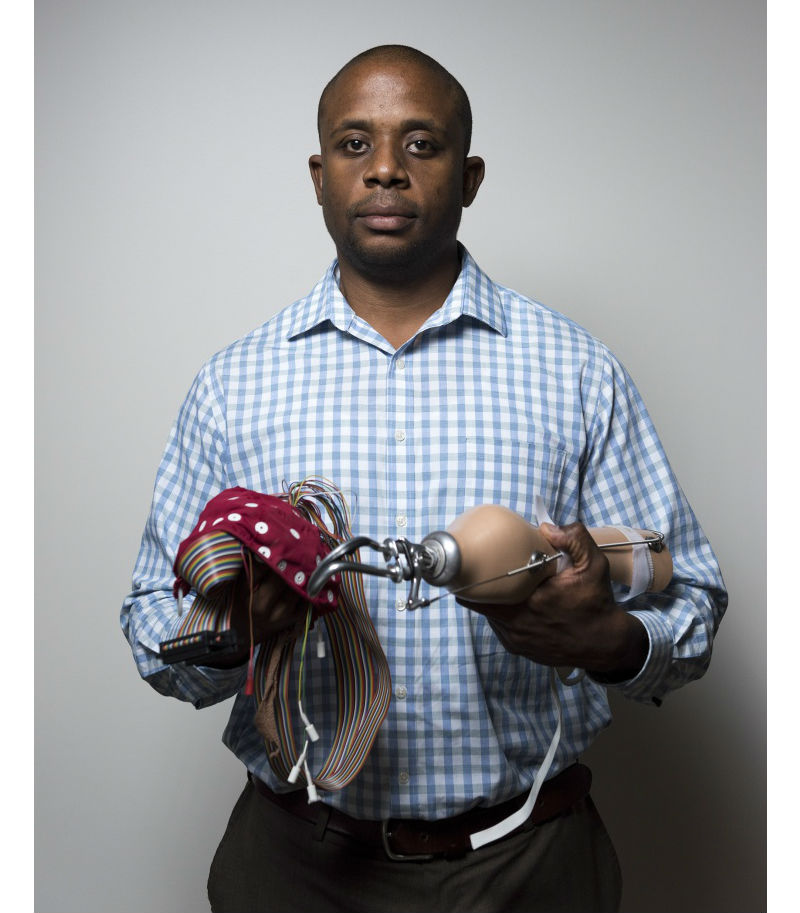 On the first day, participants tried various tasks (rotating a block, flipping a spatula, writing) with the device. For the next three days, they watched 30-second videos of someone demonstrating the same tasks. The person on video either wore the same device or didn’t wear anything on their arm. On the fifth day, participants tried each task again.

“Those who watched a matched-limb participant did significantly better after three days of training,” said Wheaton, a faculty member in the School of Applied Physiology. “Their arm movements were more consistent and fluid when they repeated the task. Those who only watched someone without a prosthesis didn’t improve at all.”

Just as importantly, Wheaton noticed different brain patterns in the two groups. As people watched someone wearing a prosthesis, areas of the brain involved with motor planning were most active. For those watching an able-bodied person, the brain’s visual areas were most dominant.

“When amputees watch someone without a prosthesis, it seems that their brain is more concerned with what it’s seeing, rather than concentrating on how to actually do the task,” said Wheaton.

The current study only included non-amputees watching videos, although Wheaton is now repeating it with amputees in his Georgia Tech lab. Additional next steps will attempt to determine whether the same results are consistent with different types of prostheses for other parts of the body.