BYU mechanical engineering professors Larry Howell and Spencer Magleby have made a name for themselves by applying the principles of origami to engineering. Now they’re applying their origami skills to a new realm: the human body.

The duo, along with professor Brian Jensen and their students, are working toward surgical technology that will allow for the manufacturing of instruments so small that the size of incisions necessary to accommodate the tools can heal on their own–without sutures.

“The whole concept is to make smaller and smaller incisions,” Howell said. “To that end, we’re creating devices that can be inserted into a tiny incision and then deployed inside the body to carry out a specific surgical function.”

As a part of their work, BYU just licensed a series of compliant mechanism technologies to Intuitive Surgical, the world leader in robotic surgery and the maker of the popular da Vinci Surgical System. The deal is the latest in a number of collaborations with Intuitive Surgical, which connected with BYU on advice from the White House Office of Science and Technology Policy.

The researchers say their work is inspired by a need for increasingly smaller surgical tools; the industry has reached the limit to where they can’t go any smaller with traditional designs. BYU’s team has engineered new design concepts that eliminate the need for pin joints and other parts, instead relying on the deflection inherent in origami to create motion.

“These small instruments will allow for a whole new range of surgeries to be performed–hopefully one day manipulating things as small as nerves,” Magleby said. “The origami-inspired ideas really help us to see how to make things smaller and smaller and to make them simpler and simpler.” 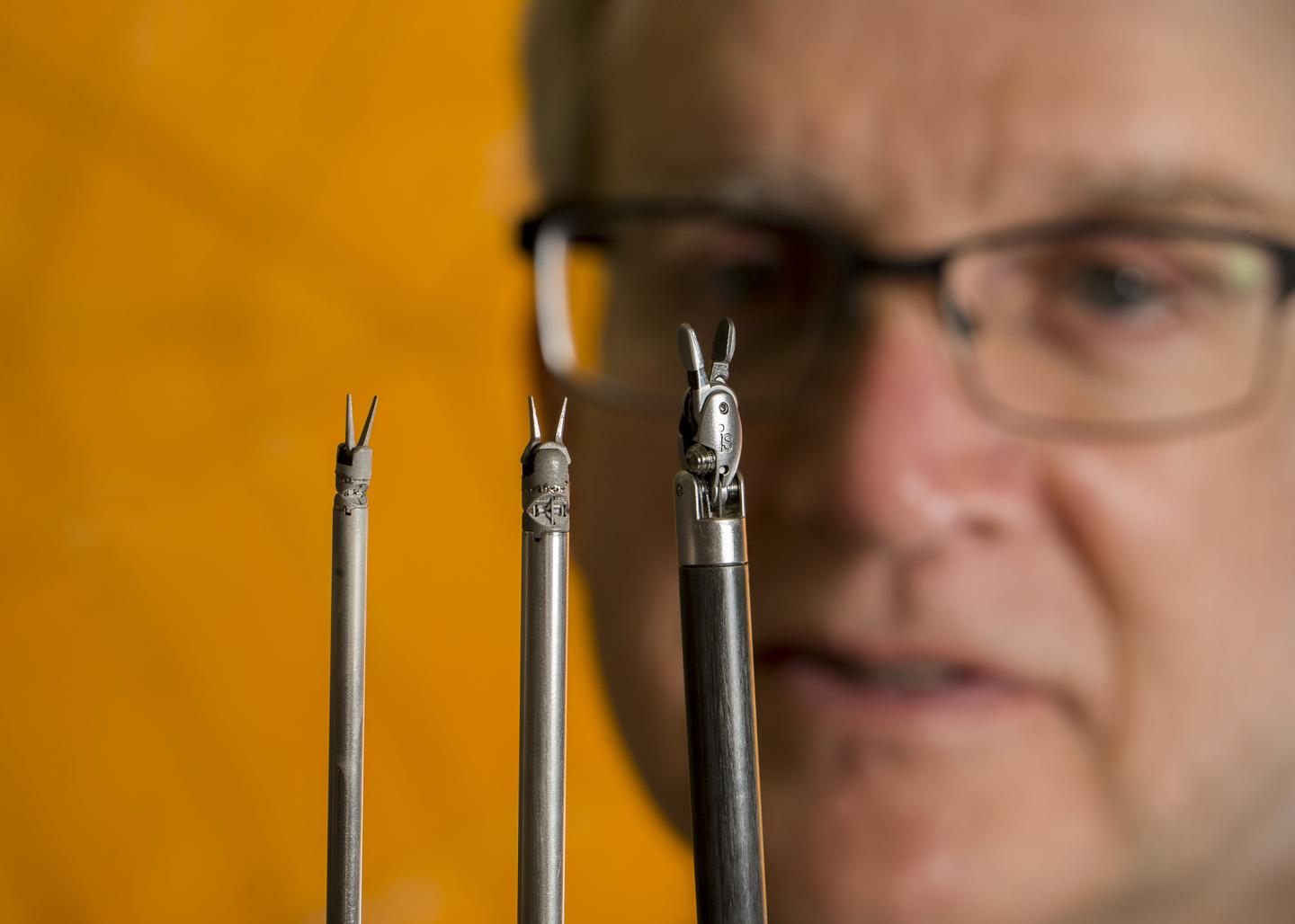 “These small instruments will allow for a whole new range of surgeries to be performed–hopefully one day manipulating things as small as nerves,” Magleby said. “The origami-inspired ideas really help us to see how to make things smaller and smaller and to make them simpler and simpler.”

One such instrument is a robotically-controlled forceps so small it can pass through a hole about 3 millimeters in size–roughly the thickness of two pennies held together.

Outside their work with Intuitive Surgical, BYU’s team is developing concepts such as the D-Core, a device that starts out flat (to be inserted into an incision) then expands to become two rounded surfaces that roll on each other, mimicking the movement made by spinal discs.

Magleby says the work they are doing on medical devices is not much different in principle than the work they’ve done for NASA to create compact space equipment.

“Those who design spacecraft want their products to be small and compact because space is at a premium on a spacecraft, but once you get in space, they want those same products to be large, such as solar arrays or antennas,” Magleby said. “There’s a similar idea here: We’d like something to get quite small to go through the incision, but once it’s inside, we’d like it to get much larger.”