Some patients in desperate need of a kidney transplant participated in a bold experiment where they received organs infected with hepatitis C. The gamble paid off.

Their new organs are working fine thanks to medication that got rid of the virus, researchers reported Monday.

It was a small study involving just 20 patients. But researchers say it suggests that organs currently going to waste just might help speed transplants for patients who wait years to get one.

“When there’s such a bad organ shortage, we can’t just do business as usual,” says Dr. Peter Reese, a University of Pennsylvania kidney specialist who led the study. “We need to shake off that these organs aren’t valuable and that people will not want them.”

In the United States, almost 95,000 people are on the national kidney waiting list but only 19,850 received a transplant in 2017, according to the United Network for Organ Sharing. That only covers about 20 percent of all cases.

Hepatitis C is an infection that can quietly destroy someone’s liver if untreated. Transplanting other organs from patients with the virus can infect the recipients. But with powerful new drugs now available that promise to cure them, Reese’s team decided to test if it’s safe to transplant infected kidneys to people who don’t already have the virus — but who might not survive the wait for a healthy organ.

Twelve weeks of hepatitis treatment cleared the virus in all 20 patients tested so far. Compared to patients who received uninfected organs, their new kidneys work just as well, even a year after the procedure. Merck & Co. helped fund the research and provided the pills in the study. Results were published in the journal Annals of Internal Medicine. 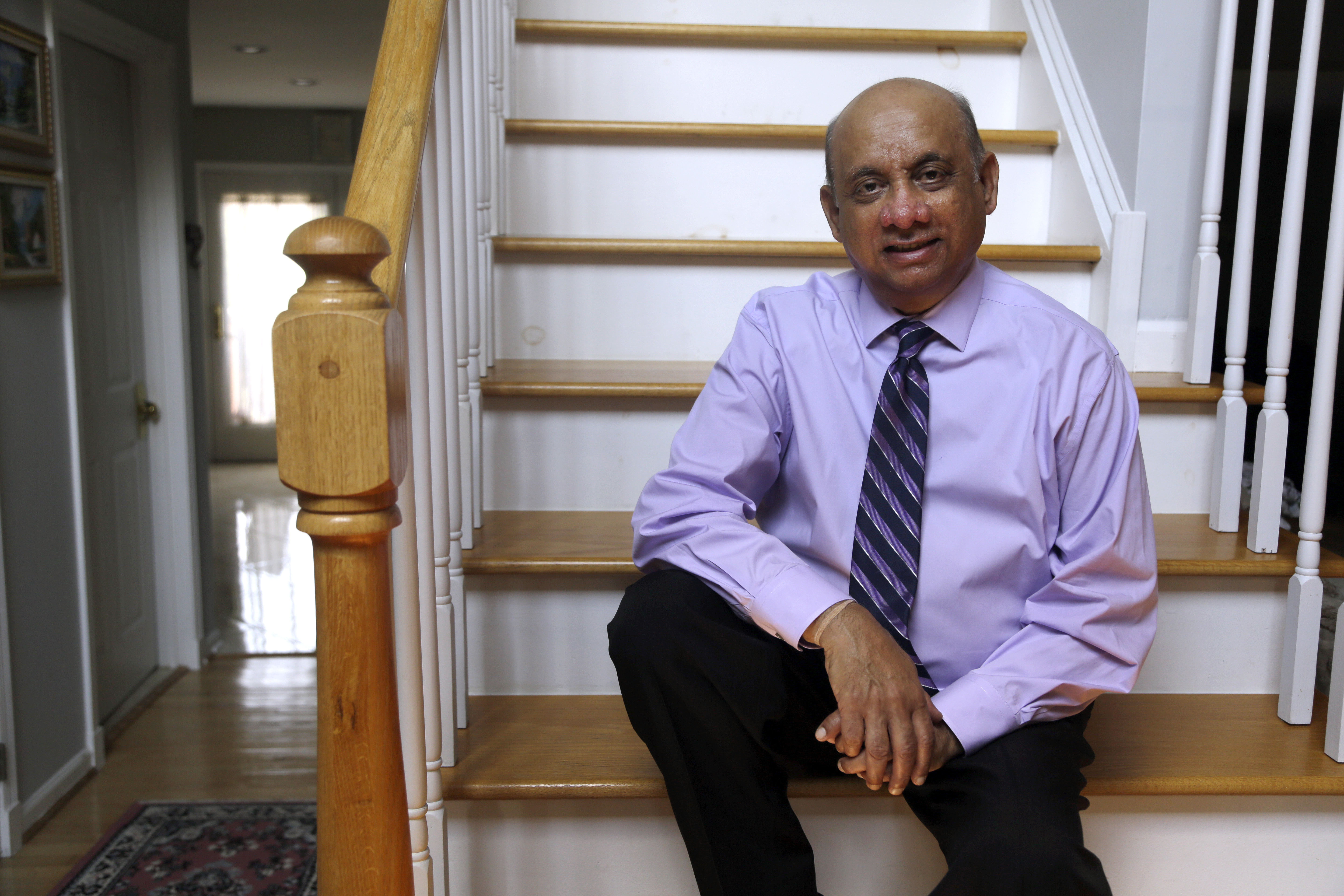 Kiran Shelat, a 65-year-old retired civil engineer, poses for a portrait in his home, Monday Aug. 6, 2018, in Yardley, Pa. Shebat had spent two years on a kidney transplant waiting list before signing up for a bold experiment with 19 others in which they received organs infected with hepatitis C. A study finds U.S. patients who accepted kidneys infected with hepatitis C were later cured. Results were published Monday in the journal Annals of Internal Medicine. (AP Photo/Jacqueline Larma)

Kiran Shelat, a 65-year-old civil engineer from Yardley, Pennsylvania, had spent two years on the transplant waiting list before signing up for the experiment.

He now feels energetic, and can work out in the gym and attend family events. So far, there’s no sign of the virus in his bloodstream.

“This is a lifesaver,” Shelat says. “Get off the list; get the kidney. There is nothing to be afraid of.”

“As long as the patient accepts the risk, I support this,” says Dr. Josh Levitsky, a professor of organ transplantation at Northwestern University who is not part of the team.

Getting an infected kidney may outweigh the burden of dialysis, which many patients find physically exhausting, says Dr. Matthew Cooper, a transplant surgeon at Georgetown University Hospital.

“People have to plan their entire lives around dialysis,” says Cooper, who was not part of the research. “It is a rotten lifestyle.”

It costs about $88,000 a year to undergo dialysis, according to the United States Renal Data System. Merck has set a price of $54,600 for a round of its hepatitis C medication, Zepatier.

The American Society of Transplantation has said larger studies are needed before transplanting infected kidneys is done routinely.

In 2016, Johns Hopkins University launched a similar experiment with 10 people. All of them are now cured. Researchers in the United Kingdom are already discussing the possibility to use organs with hepatitis C in patients who don’t have the virus.