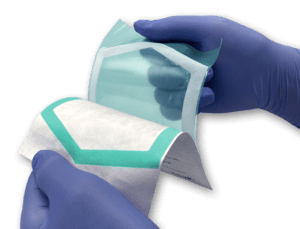 Addison, Ill.-based Paxxus said it updated the technology in advance of a new packaging regulation set to go into effect in the EU in May. Chameleon now shows a vivid color-seal indicator when paired with uncoated Tyvek to comply with EU Medical Device Regulation (MDR)’s General Safety and Performance Requirements (GSPR), which requires that “the integrity of that packaging is clearly evident to the final user,” at the point-of-use, according to the company.

Before opening, the seal shows as a darker color when viewed through the film side. Once the package has been peeled open, a vivid-colored seal indicator presents on the Tyvek with a contrasting white seal indicator on the film, enabling the user and manufacturer to easily identify any seal flaws.

“We view this innovation as state-of-the-art regulatory compliance,” said Paxxus chief strategy office Dwane Hahn in a news release. “The Chameleon system offers an obvious value proposition not only in the manufacturing environment but at the point of use.”