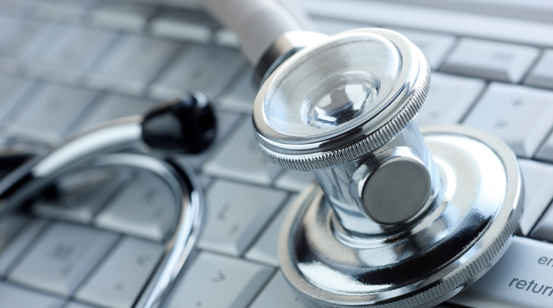 The company Noen AS runs courses for its helpers to enable them to establish close relationships with their dementia patients. The aim is to increase the patients’ quality of life. Researchers have developed an IT tool to help the company demonstrate that its approach is on the right lines.

All those who become helpers at Noen AS are guided through a set process and method. They must first attend a week’s course before they are assigned their dementia patients. Then the helper, next-of-kin, and the patient sit around the table to agree on the following: Who IS the dementia sufferer? What interests and personal qualities does he or she possess? What did they do previously?

Based on this information, major focus is then directed on establishing the right match between the helper and the patient. This is because the helper will later be calling on the patient twice a week. Finally, the method involves a three-monthly evaluation in which all parties participate. Has the condition improved or worsened? Is the patient experiencing a good quality of life?

“This is the method and the IT -based support tool that we have developed in collaboration with NTNU, Cantega, Uno IT and the Norwegian Centre for Care Research”, says Babak Farshchian at SINTEF. “They provide a sound basis for personalised assistance and health-promoting activities both at home and in the local community”, he says.

The idea behind the company

Heidi Wang is the founder of Noen AS. She had the idea that the health and quality of life of dementia sufferers can be enhanced by offering them the activities that they are interested in and had taken part in earlier in their lives. Over several years, Wang has developed a wide-ranging collaboration with the Norwegian Labour and Welfare Administration (NAV) in the counties of Sør- and Nord-Trøndelag, and her company now certifies job-seekers who still retain a capacity for work as helpers and support personnel for dementia sufferers. The company was founded in 2008.

“Helpers are people who have previously enjoyed an active working life”, says Wang. They may be receiving disability benefit, or are returning to work with greater self-assurance after having survived a crisis”, she says. “We offer them courses and certification, provide them with permanent employment, and pay them for each assignment they take on. These are secure, empathetic individuals who are well-equipped to provide the services we offer”, says Wang.

There are currently three different types of treatment for dementia.

Noen AS bases its method on the third of these treatment approaches.  The dementia sufferer is placed at the centre of service provision, in contrast to the service being planned on the basis of the views of next-of-kin. The helpers spend time with the patients and organise activities that are grounded in the day-to-day life and resources available to the patient they work with.

Organised activities are varied in nature and take place in the home or the local community. It is the helper’s responsibility to select and carry out activities that are meaningful. This might be anything from berry picking to cookery, angling trips or concerts. Wang emphasises that it is not the activity in itself that promotes health, but the way in which the right activity is organised and carried out. In order to achieve results, it is recommended that activities lasting two hours are organised at least twice a week.

Getting patients active also means a weight off the shoulders of the next-of-kin.

“People in receipt of our service have maintained their quality of life”, says Wang. “The results of the study are not based on an absence of the condition, but on a subjective experience of how the patient in question is feeling”, she says.

Heidi Wang has always based her approach to company development on research and research projects.

“The next-of-kin have always said that they have observed better quality of life and improved health in the patient”, she says. “It has been necessary for me to demonstrate such changes in order to understand what works, and as a basis for planning future activities. By means of a user-driven research-based innovation (BIA) project, we’ve finally succeeded in developing an ICT device that is adapted to the needs of the helpers. This web-based system enables the helper to summarise and evaluate all contact with the patient, plan new activities, exchange experience and, not least, visualise the patient’s development”, says Wang.

Babak Farshchian at SINTEF says that the research group has also taken part in developing the teaching materials used during certification of the helpers.

“One of the objectives of the research project is to show that this type of dementia care is both feasible and profitable within the restricted budgets available to a typical Norwegian municipality”, he says.