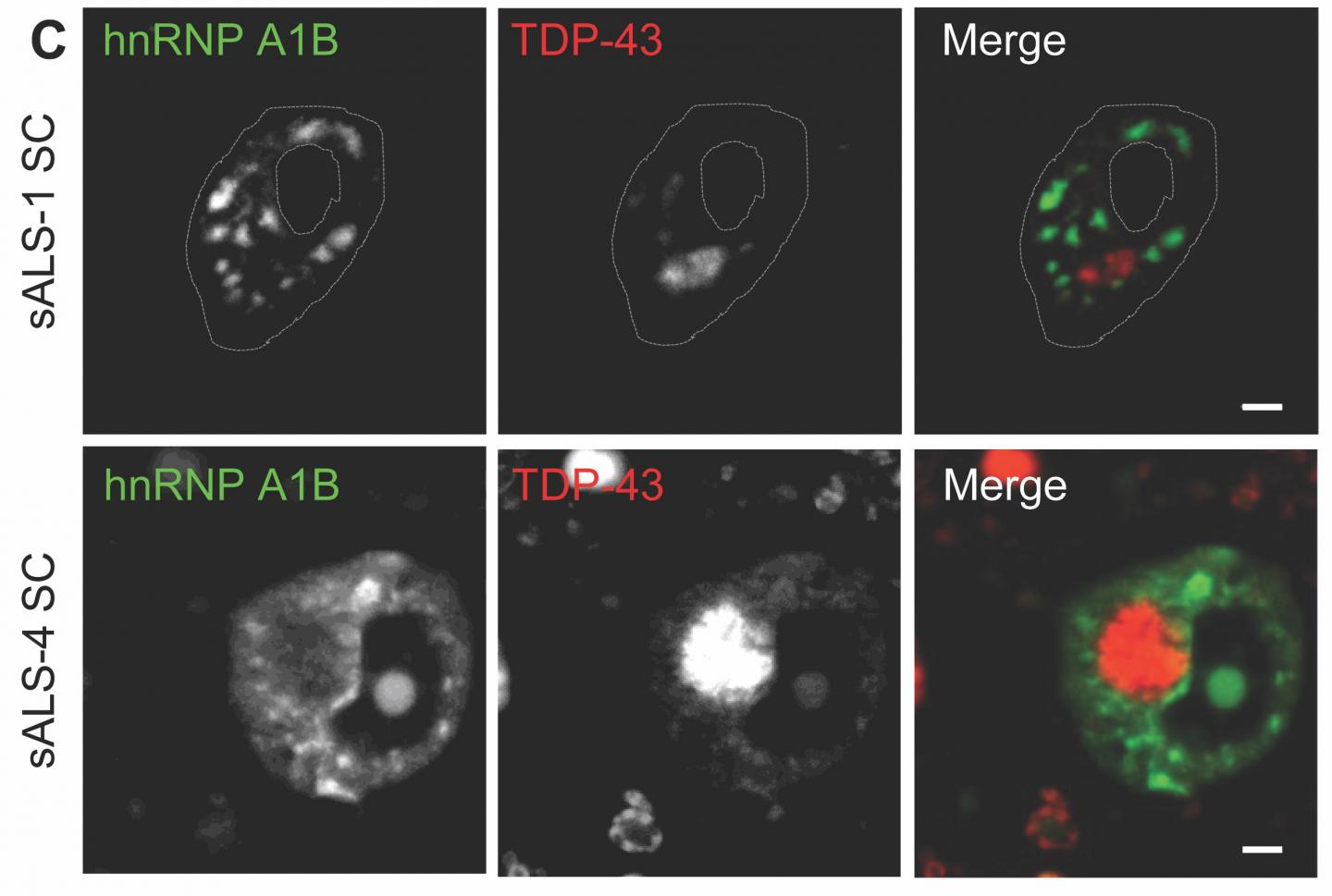 The hnRNP A1B is expressed in the CNS and forms cytoplasmic aggregates in ALS patient neurons. CREDIT CRCHUM

And that basic science could someday lead to new therapy for the debilitating disease, which cripples people by removing the brain’s ability to communicate with their muscles, eventually leading to paralysis and early death.

For the rest of the story, go here.