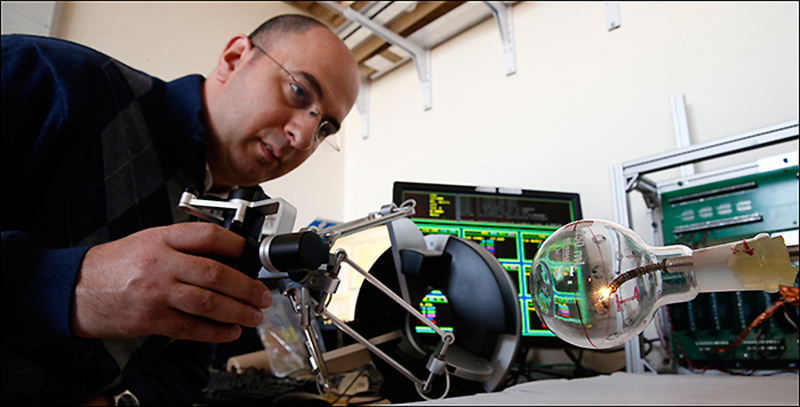 Many challenges arise for the biotech industry when it comes to transforming ideas into actual medical technology. Nabil Simaan, mechanical engineering professor who specializes in designing robots to help surgeons perform operations, has worked with many hospitals and surgeons to address these challenges.

“A key focus of the research is the design of intelligent robotic devices that can sense and regulate their interaction with the anatomy,” Simaan said, according to Vanderbilt School of Engineering. “These robots can be used collaboratively with a surgeon to safely excise or ablate tissue.”

Simaan is co-inventor of the Insertable Robotic Effector Platform (IREP). This is believed to be the world’s smallest robotic system and enters the body through a small incision of only 15 millimeters wide.

Now, the ARMA lab is working on a prototype robot to remove bladder tumors and has had success with animals. Simaan said bladder cancer can be very expensive during treatment since it requires repeat resections.

Their transurethral robot called TURBot, is the first endoscopic robotic system to provide all over visibility coverage when performing surgery on the bladder.

There are three 1.8 mm working channels on the multibackbone of TURBot that use graspers, have custom flexible cameras and imaging probes to help reach all areas of the bladder.

“Typically, as a research lab, we try to be at least 10 years ahead of industry to help usher in new approaches to surgery via new technologies,” Simaan said. “But university researchers and industry are catching up.”