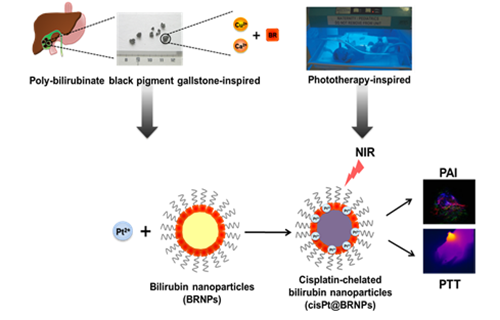 Sangyong Jon, a professor in the Department of Biological Sciences at KAIST, and his team developed combined photoacoustic imaging and photothermal therapy for cancer by using Bilirubin (BR) nanoparticles.

The research team applied the properties of a bile pigment called BR, which exerts potent antioxidant and anti-inflammatory effects, to this research.

The team expects this research, which shows high biocompatibility as well as outstanding photoacoustic imaging and photothermal therapy, to be an appropriate system in the field of treatment for cancer.

In the past, the research team developed a PEGylated bilirubin-based nanoparticle system by combining water-insoluble BR with water-soluble Polyethylene Glycol (PEG).

This technology facilitated BR exerting antioxidants yet prevented them from being accumulated in the body. Its efficiency and safety was identified in an animal disease model, for conditions such as inflammatory bowel disease, islet cell transportation, and asthma.

When the causative agent of jaundice, yellow BR, is exposed to a certain wavelength of blue light, the agent becomes a photonic nanomaterial as it responses to the light. This light-responsive nanomaterial can be used to cure jaundice because it allows for active excretion in infants. 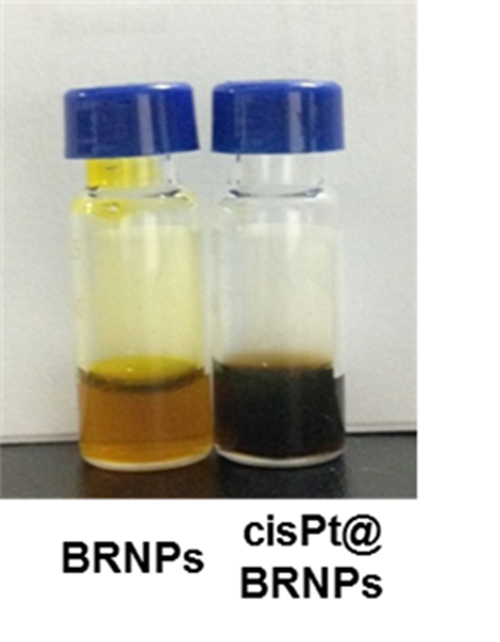 Secondly, the team identified that BR is a major component of black pigment gallstones which can be often found in gall bladders or bile ducts under certain pathological conditions. The findings show that BR forms black pigment gallstones without the role of an intermediate or cation, such as calcium and copper. The research team combined cisplatin, a platinum metal-based anticancer drug, with BR so that BR nanoparticles changed the solution color from yellow to purple.

The team also examined the possibility of cisplatin-chelated BR nanoparticles as a probe for photoacoustic images. They found that considerable photoacoustic activity was shown when it was exposed to near infrared light. In fact, the photoacoustic signal was increased significantly in tumors of animals with colorectal cancer when the nanoparticles were administered to it intravenously. The team expects a more accurate diagnosis of tumors through this technology.

Moreover, the team assessed the photothermal effects of cisplatin-chelated BR nanoparticles. The research showed that the temperature of tumors increased by 25 degrees Celsius within five minutes when they were exposed to near infrared light, due to the photothermal effect. After two weeks, their size was reduced compared to that of other groups, and sometimes the tumors were even necrotized.

Professor Jon said, “Existing substances have a low biocompatibility and limitation for clinical therapy because they are artificially oriented; therefore, they might have toxicity. I am hoping that these cisplatin-chelated BR-based nanoparticles will provide a new platform for preclinical, translational research and clinical adaptation of the photoacoustic imaging and photothermal therapy.”