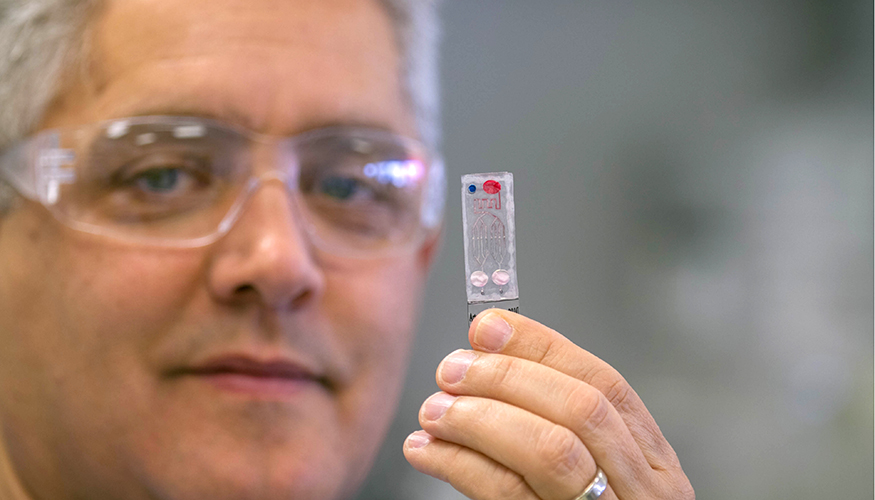 In the future, NASA astronauts journeying into deep space may give themselves a health check-up with the aid of a small medical device developed by a team of scientists, including one from LLNL.

Laboratory radiobiologist Matt Coleman is part of the six-scientist team, including researchers from NASA’s Ames Research Center, the University of California, Davis and Sandia National Laboratories/California, that has developed a small, portable medical diagnosis instrument.

The team members, who have filed for a patent for their medical device, were honored Jan. 27 with 2015 NASA Ames technology transfer awards during a ceremony at the Ames Research Center at Moffett Field. 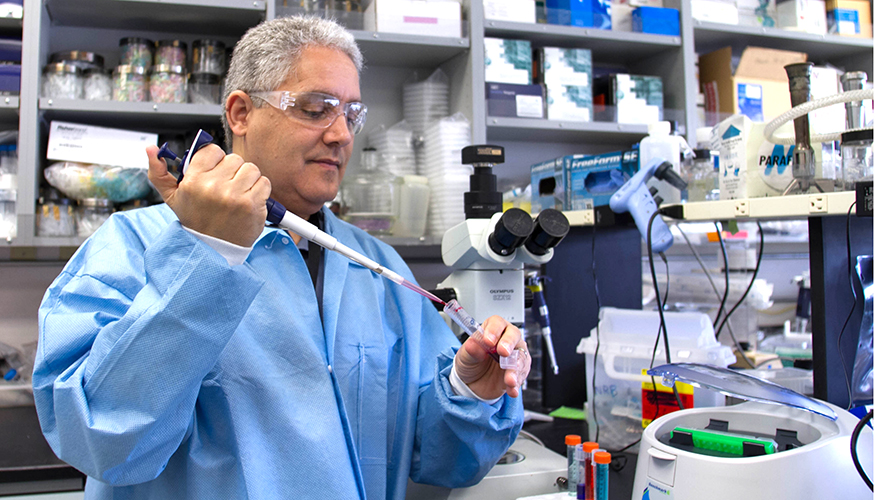 LLNL radiobiologist Matt Coleman is is part of a six-scientist team that has developed a small, portable medical diagnosis instrument that will use biomarkers in three different sample types — breath, saliva and blood — to detect information that is indicative of health and exposure to radiation. (Credit: Julie Russell/LLNL)

The patent covers the development of a comprehensive in-flight medical diagnostic system in a hand-held format weighing less than one pound for human deep-space missions such as a mission to Mars, which is expected to take six months each way.

“The point of developing tools like this one is for detecting disease from long-term exposure to microgravity and ionizing radiation,” Coleman said, adding that exposures from space exploration can potentially cause degenerative diseases of the bone, heart and eye, along with raising concerns about cancer.

“Since we don’t fully understand the long-term impacts of space travel, there has been a push by NASA to better understand these effects.”

The new medical device will use biomarkers in three different sample types – breath, saliva and blood – to detect information that is indicative of health and exposure to radiation. (A biomarker is any protein, DNA, RNA or small molecules that provide information about current or future health status).

Breath and saliva are non-invasive samples and can rapidly provide health assessment information, which can be critical immediately following space walks, and prior to removal of any spacesuits.

Key features of the device include the ability to handle multiple sample types and the ability to measure virtually any biomarker, including future biomarkers as they emerge. Small blood samples can provide information about macromolecular biomarkers as well as blood cell counts. 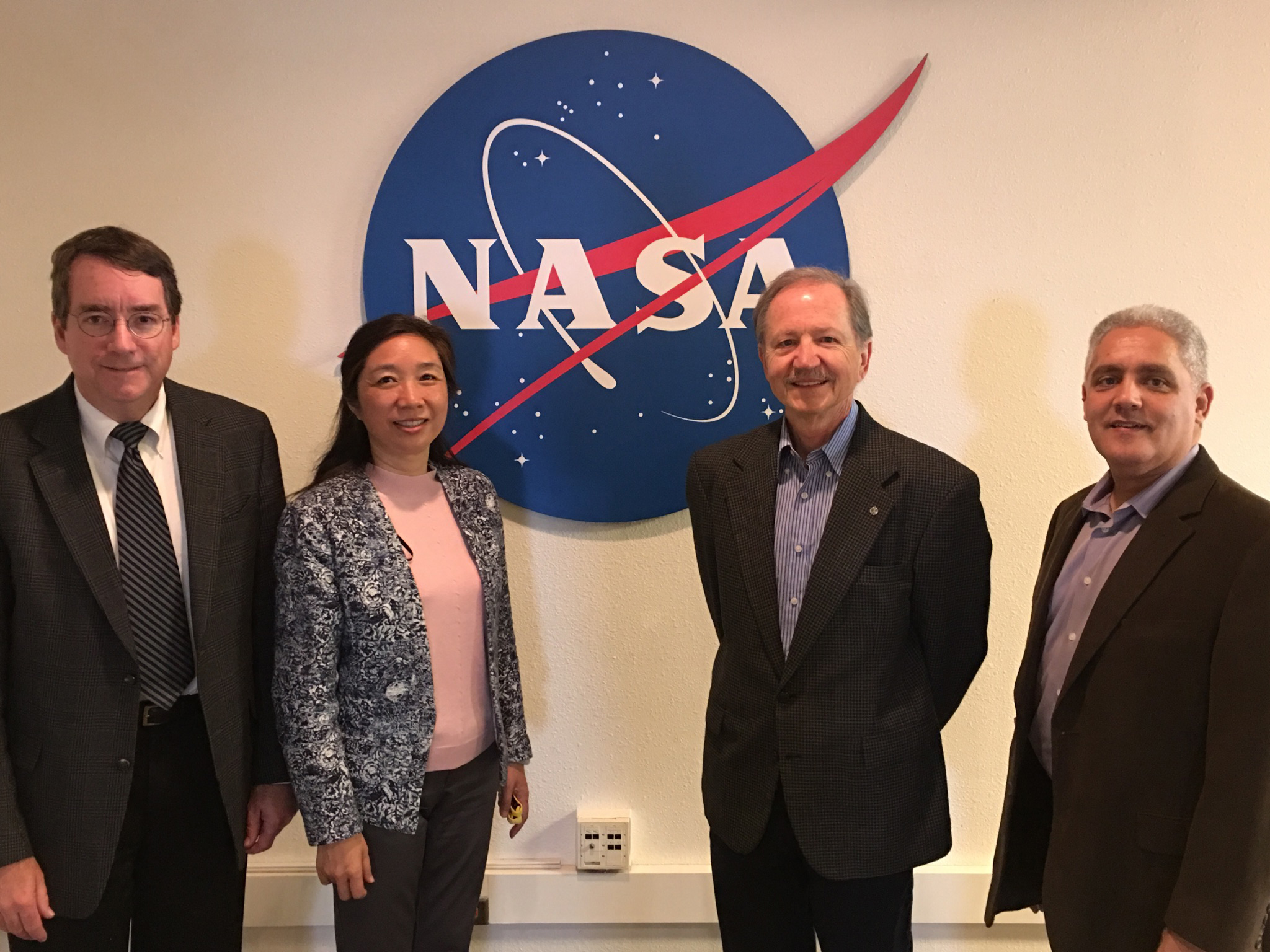 Four members of the six-scientist team, which developed a small, portable medical diagnosis instrument for use in deep space are, from left: David Loftus, Jing Li and Tore Straume, all of NASA’s Ames Research Center; and LLNL radiobiologist Matt Coleman.

“Some of the tools we’re developing will be among the first multi-function health diagnostic devices used in space,” Coleman said.

The team conceptualized the device in 2012 and wrote a paper about its development that appeared in 2013 in the journal, Recent Patents in Space Technology. The team has built a conceptual mock-up of the portable medical device and its individual technologies have been tested.

The team’s lead scientist is Tore Straume of NASA’s Ames Research Center, a former LLNL researcher and Lab retiree. Straume is a radiobiologist, conducting research that focuses on the effects of ionizing radiation on human health. In addition to Coleman and Straume, the team includes David Loftus and Jing Li of NASA Ames, Cristina Davis of UC Davis and Anup Singh of Sandia National Laboratories/California.