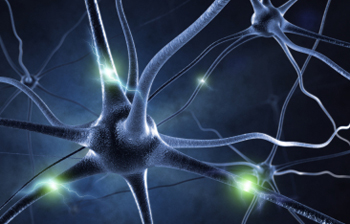 Patients with spinal cord injuries might one day regain use of paralyzed arms and legs thanks to research that demonstrates how limbs can be controlled via a tiny array of implanted electrodes.

The work focused on controlling electrical stimulation pulses delivered to peripheral nerve fibers. When a patient is paralyzed, one of the possible causes is damage to the spinal cord, which along with the brain makes up the central nervous system. The brain is working, and so are motor and sensory nerves in the peripheral nervous system, but electrical signals can’t flow between those nerves and the brain because of the spinal cord injury.

That communication problem is what researchers sought to address, through experiments that involved transmitting precisely controlled electrical pulses into nerves activating plantar-flexor muscles in an ankle of an anesthetized cat.

V John Mathews, professor of electrical engineering and computer science in the Oregon State University College of Engineering, lead researcher Mitch Frankel, then a Ph.D. student at the University of Utah, and three other researchers, all faculty members at Utah, conducted the study. Findings were recently published in the journal Frontiers in Neuroscience.

Researchers sent the pulses using an optimized PIV controller — proportional-integral-velocity — and the cat’s nerves received them via a 100-electrode array whose base measured just 16 square millimeters; it’s known as the Utah Slanted Electrode Array, named for where it was developed and the angled look produced by the electrode rows’ differing heights.

Thanks to specific electrodes being able to activate the right nerve fibers at the right times, the controller made the cat’s ankle muscles work in a smooth, fatigue-resistant way.

The results suggest that someday a paralyzed person might be equipped with a wearable, smartphone-sized control box that would deliver impulses to implanted electrodes in his or her peripheral nervous system, thus enabling at least some level of movement.

“Say someone is paralyzed and lies in bed all day and gets bed sores,” Mathews said. “Early versions of this technology could be used to help the person get up, use a walker and make a few steps. Even those kinds of things would have an enormous impact on someone’s life, and of course we’d like people to do more. My hope is in five or 10 years there will be at least elemental versions of this for paralyzed persons.”

While this particular study focused on helping the paralyzed, a related research area involves amputees: neuroprostheses that can be controlled by thought based on decoding what goes on electrically inside a person’s brain when he or she wants to, for example, move his or her arm or leg.

“We can learn from the brain what the intent is and then produce the signals to make the movement happen,” Mathews said. “Another way to get the control information is from the peripheral nerves,” via electromyography, a diagnostic procedure for evaluating muscle and nerve health.

Putting sensors in a person’s brain, either by deep brain implant or just inside the cranium, is another way to crack the intent code. Electroencephalography – electrode plates attached to the scalp that upload the brain’s electrical activity to a computer — can be used as well.

“There are a lot of things going on right now in the prosthetic arena,” Mathews said.