Researchers are urging surgeons to reconsider using a particular type of thread for a procedure to prevent premature birth, after new research found this thread was associated with an increased rate of premature birth and baby death compared with a thinner thread.

The procedure, which is performed on around two million women a year globally, is offered to women deemed at high risk of miscarriage or premature birth. The process involves surgeons placing a stitch in the cervix to hold it closed and delay labor. The closed cervix also acts as a barrier to infection, and so shutting it with a stitch prevents bacteria passing through the cervix and into the womb.

Surgeons use one of two types of thread for the stitch; the majority use a thicker woven thread, and around 20 percent use a thinner thread. 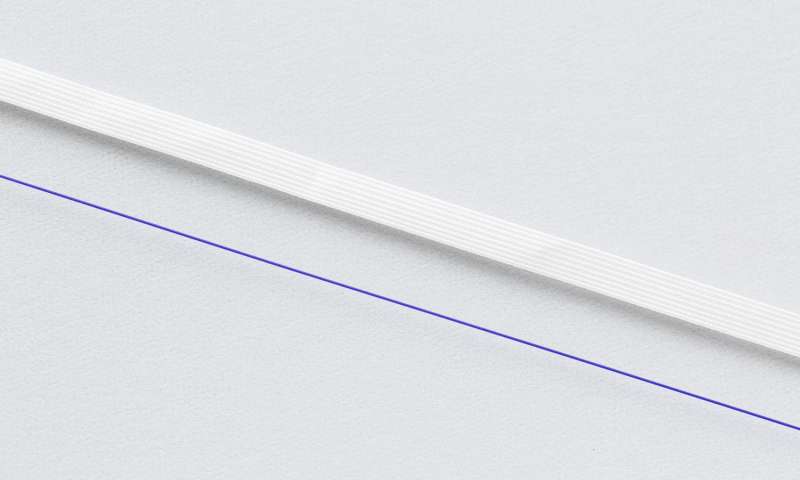 The thicker thread (top) is the multifilament, while the thinner thread (bottom) is the monofilament. (Credit: Imperial College London)

The study results, published in the journal Science Translational Medicine, suggest the thicker thread is associated with a three-fold increase in rate of baby death in the womb when compared to the thinner thread, and is associated with an increased rate of premature birth. It’s thought the thicker woven structure of the thread encourages the growth of dangerous bacteria.

The team suggest switching to the thinner thread for all procedures could prevent 170,000 premature births globally every year, and 172,000 intrauterine baby deaths every year across the world.

“Although the cervical stitch procedure still holds benefits for women overall, our results suggest the thicker thread may encourage the growth of potentially dangerous bacteria in the cervix,” said Professor Phillip Bennett, lead author of the study from the Department of Surgery and Cancer at Imperial. “This may lead to premature birth or even loss of the baby. We strongly advise that the thicker thread — which is currently used in the majority of procedures — only be used in a research setting whilst we thoroughly investigate the risks this may hold.”