Children whose sexual characteristics don’t neatly align with the norm have for decades faced surgery to rearrange their anatomy to resemble that of more typical boys and girls — long before they were old enough to have a say in the decision.

But now the practice is under assault, as never before. The American Medical Association is considering a proposal discouraging it. Three former U.S. surgeons general say it’s unjustified. And on Tuesday, Human Rights Watch and InterACT a group advocating for intersex youth — are releasing a detailed report assailing the practice and urging Congress to ban it.

“The results are often catastrophic,” says the report, asserting that the surgeries “can inflict irreversible physical and psychological harm.”

“The pressure to fit in and live a ‘normal’ life is real,” says Kyle Knight, a Human Rights Watch researcher who wrote the report. “But there is no evidence that surgery delivers on the promise of making that easier.”

One of multiple reasons for the concern: Some intersex children may undergo surgery aimed at assigning them as male or female, yet grow up to identify as the other sex — a potentially traumatic situation. 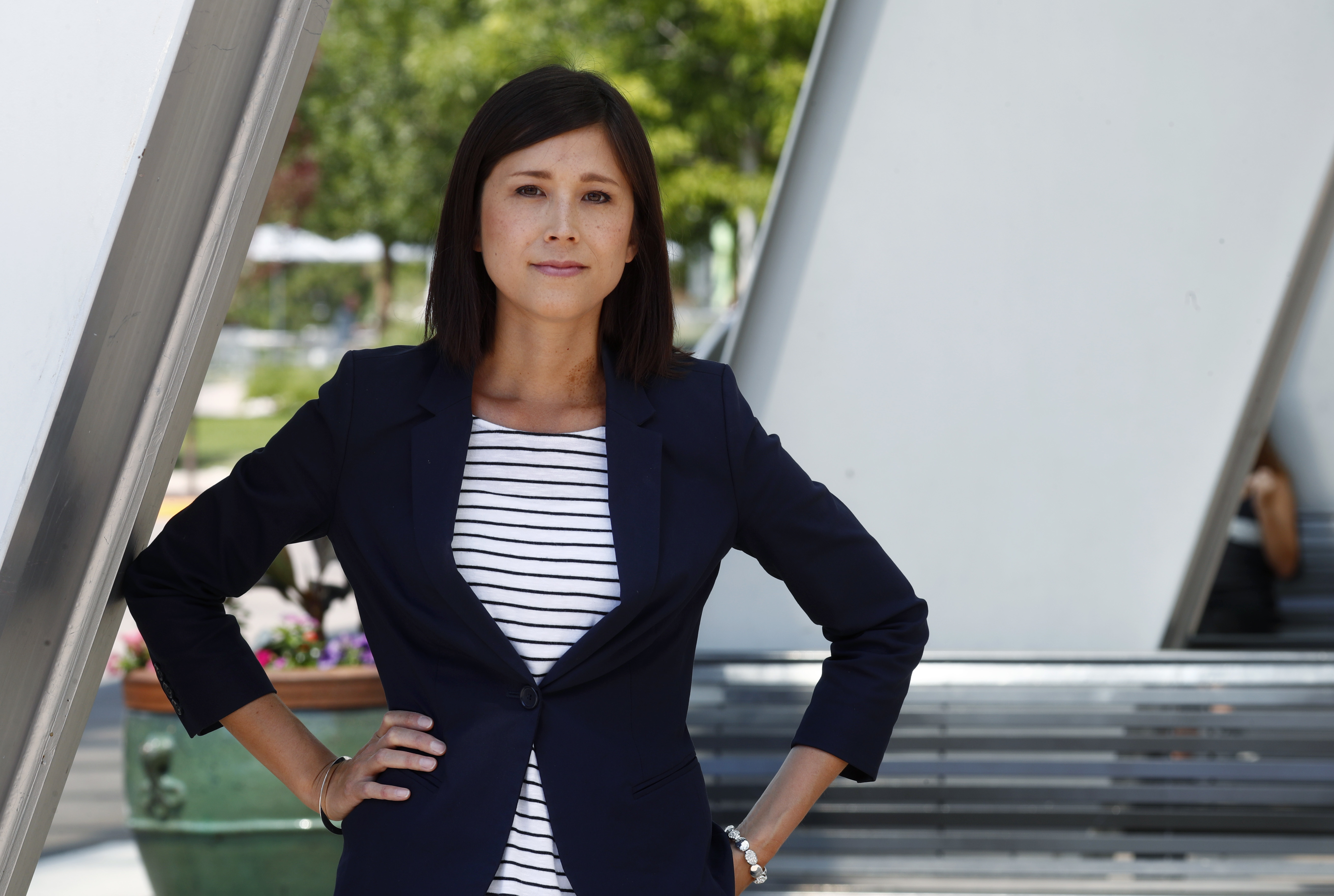 Noi Liang, an intersex woman who works part-time as a patient advocate at Children’s Hospital Colorado, stands for a photo at the medical center in the Denver suburb of Aurora, Colo., on Friday, July 7, 2017. As an advocate for intersex patients, she sees parents struggling with their children’s diagnoses and worrying whether they will be accepted by their peers. (AP Photo/David Zalubowski)

Intersex is an umbrella term encompassing various conditions in which internal sex organs and external genitalia develop differently than for a typical boy or girl. Experts say roughly one of every 2,000 newborns has so-called differences of sex development that might prompt a doctor’s recommendation for surgery or other medical intervention.

Internationally, there’s been vocal opposition to such surgeries. In 2015, they were condemned by several United Nations agencies, and Malta became the first country to ban them.

Major U.S. medical associations haven’t gone that far, but the Human Rights Watch/InterACT report urges them to toughen their policies. The American Academy of Pediatrics says it’s reviewing the issue, and wants parents to understand the risks and benefits of any course of action. The AMA’s Board of Trustees is proposing a new policy statement urging doctors to defer intersex surgery on infants and young children “except when life-threatening circumstances require emergency intervention.”

Adding to the momentum was a statement in June from former surgeons general Joycelyn Elders, David Satcher and Richard Carmona, who said the surgery “is not justified absent a need to ensure physical functioning,” they wrote. “We hope that professionals and parents who face this difficult decision will heed the growing consensus that the practice should stop.”

There are no comprehensive statistics on intersex surgeries. The new report says most of the 21 health professionals who were interviewed suggested that medically unnecessary surgeries were becoming less common, but none said their clinic had stopped doing them altogether.

Even as the new report was being compiled, it came under fire from the CARES Foundation , which advocates on behalf of families with children born with abnormal genitalia due to a condition called congenital adrenal hyperplasia, or CAH.

Girls with this condition sometimes undergo reconstructive surgery, often to reduce the size of the clitoris. The foundation, which has more than 20 physicians as advisers, asserts that the new report represents an unwarranted attempt to eliminate that option.

“The choices available to parents and patients should not be limited,” the foundation says. “Medical decisions are difficult enough for parents without having to contend with the moral and philosophical agendas of certain movements.”

The new report includes input from an unidentified 20-year-old woman with CAH who said she was glad her parents made her “look like all the other girls” her age when she was growing up.

However, Kyle Knight says there’s no evidence that this type of abnormal genitalia poses a health threat.

“There are limits to what parents can do to their kids,” he says. “Medically unnecessary irreversible surgery that carries a risk of lifelong harm should be one of those things.”

For families with intersex children, one welcome development has been the formation of specialized teams at some hospitals that address a wide range of physical and psychological concerns.

Among the acclaimed programs is the SOAR Clinic, created in 2012 at Children’s Hospital Colorado near Denver. Its team — which includes specialists in urology, genetics, psychology, and other fields — develops an individualized treatment plan for each family, and encourages parents to participate in decision-making.

The issue of surgery for infants and young children is one of the toughest facing the team.

“These are really difficult, challenging decisions,” says Dr. Jennifer Barker, who specializes in hormonal and glandular complications affecting children. “We’ve seen families decide to move forward to surgery, and some who choose not to.”

Barker guesses that most of the team’s physicians would feel unduly restricted by a ban, even as early surgery becomes less common.

The clinic deploys intersex people as patient advocates who can offer support based on personal experience. The most active volunteer is 40-year-old Noi Liang.

At birth, Liang appeared to be a normal baby girl. As she grew older, doctors discovered that — because of a rare chromosome condition — she lacked a uterus, and had internal testes rather than ovaries. When she was a teenager, doctors removed the testes, telling her they were removing potentially cancerous ovaries. Not until her early 30s did she discover the truth.

As a patient advocate, she sees parents worrying whether their children will be accepted by their peers.

“Isolation is a big piece of what they struggle with — they feel like there’s no one else to talk to,” Liang says. “They say it gives them a feeling of relief to speak with someone like me who more fully understands what they and their children are going through.”

Several parents of intersex children have become activists, advocating against early surgery. Among them is Dr. Arlene Baratz, a Pittsburgh-based radiologist with two adult daughters born with the same condition as Liang.

“If there is a secret to raising healthy children,” Baratz contends, “it is to accept and focus on what they are, instead of what they’re not.”