A first-of-its kind genetic treatment for blindness will cost $850,000, less than the $1 million price tag that had been expected, but it’s still among the most expensive genetic therapies in the world.

Spark Therapeutics says it decided on the lower price tag for Luxturna after hearing concerns from health insurers about their ability to cover the injectable treatment.

Consternation over skyrocketing drug prices, especially in the U.S., has led to intense scrutiny from patients, Congress, insurers, and hospitals.

“We wanted to balance the value and the affordability concerns with a responsible price that would ensure access to patients,” said CEO Jeffrey Marrazzo, in an interview with The Associated Press.

Luxturna is still significantly more expensive than nearly every other drug on the global market, including two other gene therapies approved earlier last year in the U.S. Approved last month, Luxturna, is the nation’s first gene therapy for an inherited disease. It can improve the vision of those with a rare form of blindness that is estimated to affect just a few thousand people in the U.S.

Luxturna is an injection — one for each eye — that replaces a defective gene in the retina, tissue at the back of the eye that converts light into electric signals that produce vision. The therapy will cost $425,000 per injection. 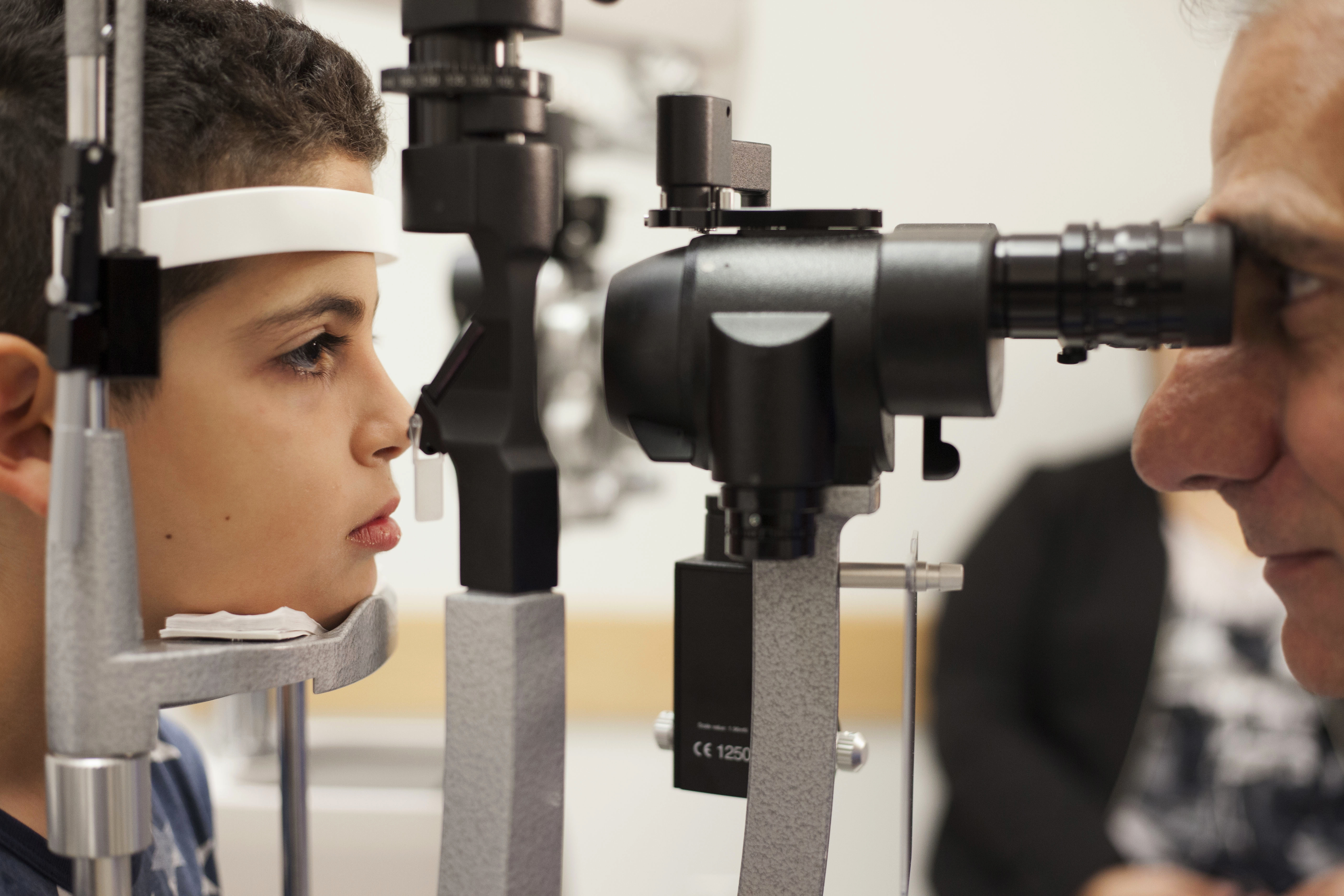 In this Oct. 4, 2017, file photo, Dr. Albert Maguire, right, checks the eyes of Misa Kaabali, 8, at the Children’s Hospital of Philadelphia. Misa was 4-years-old when he received his gene therapy treatment. The first-of-its kind genetic treatment for blindness will cost $850,000, less than the $1 million price tag that had been expected, but it’s still among the most expensive genetic therapies in the world. Spark Therapeutics said it decided on the lower price tag for Luxturna, after hearing from health insurers about their ability to cover the injectable treatment. (AP Photo/Bill West, File)

The treatment is part of an emerging field of medicine that could produce dozens of new gene-targeting medications in the next few years.

There are questions about the wisdom of devoting so much energy to specialty drugs, which are used to treat so few people, but still account for a growing slice of overall health care costs.

Drugmakers have historically offered little explanation for the prices they charge. However, some companies have begun to offer more detailed reasoning as the backlash against drug prices has grown more heated.

Spark Therapeutics, based in Philadelphia, has said that the cost for a lifetime of blindness — including lost earnings and caregiver wages — can easily exceed $1 million.

Not everyone agrees with that argument. A preliminary analysis by one group found the drug would have to be priced significantly lower “to be a cost-effective intervention.”

The estimate by the non-profit Institute for Clinical and Economic Review assumes the drug would maintain patients’ vision for 10 years. However, Spark expects the drug’s effect to be long-lasting, if not lifelong, though it has only tracked patients for about four years.

The treatment for a rare protein disorder launched in 2012 with a price of $1.2 million. Manufacturer uniQure stopped selling the drug earlier last year after seeing a lack of demand. The drug was never approved in the U.S.

Like most prescription medicines in the U.S., most of the immediate costs of Luxturna will be borne by insurers, including private plans and government programs. For patients, Spark said it would cover all out-of-pocket expenses needed to obtain the medication, including transportation to hospitals trained to administer the injections.

Spark will try to deflect some pricing concerns by offering unconventional payment plans to insurers. Under one arrangement with the non-profit insurer Harvard Pilgrim, Spark will repay some of Luxturna’s costs if patients don’t experience the expected improvements in vision. The company did not disclose how much money would be returned to the insurer, which covers more than a million people in New England.

Spark said it is also discussing a proposal in which insurers would pay for the drug in installments over several years. That idea would apply to government programs like Medicare and Medicaid, which provide health coverage to the poor and elderly.