A group of researchers in Australia have developed an optical fiber-based probe to figure out brain temperature measurements in moving lab animals.

Small deviations in the temperature of the brain are capable of immense effects, including behavioral changes, cell toxicity, and neuronal cell death. The common issue researchers and clinicians have is how to measure and understand the changes temperatures can have on the brain and how they are influenced by biochemical and physiological pathways that may be affected by disease, brain injury, or drug abuse.

The probe that Stefan Musolino of the University of Adelaide and the ARC Centre of Excellence for Nanoscale BioPhotonics, Australia developed consists of an optical fiber, sheathed within a protective sleeve and encased with 4-millimeter-long 25-gauge needle. The end-face of the approximately 2-mm-long probe tip is dipped into molten glass made of tellurite, doped with a small amount of the rare-earth oxide erbium. 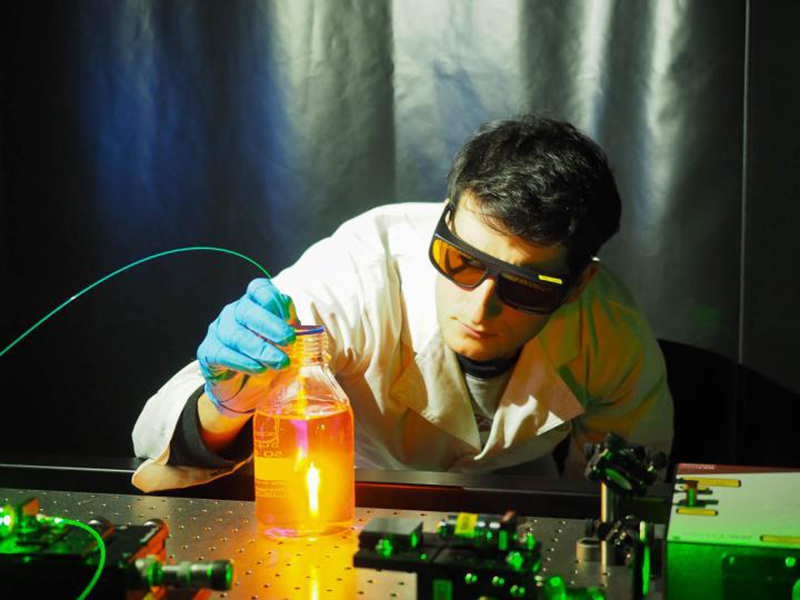 The researchers say it is possible to make the temperature-sensing area of the probe tip smaller still—as small as a few microns across—by modifying the probe’s design.

An application for the probe will be to investigate changes in brain temperature within lab animals exposed to certain drugs of abuse, such as MDMA (a.k.a. ecstasy).

“We will also look at the possible therapeutic properties of the tetracycline antibiotic minocycline and its ability to attenuate the changes in temperature caused by the administration of MDMA,” Musolino said. “In the future we will also be looking into combining this probe with other optical sensors in the hopes of developing new optical fiber-based sensing techniques for use in medical science labs that are examining real-word medical problems.”

The goal of the research is to lead towards a full developed probe for use on human brain temperature monitoring after traumatic brain injury, stroke or hemorrhage; any instance when the brain is at its most sensitive and the risk for additional injury is high.

“Continuous monitoring of brain temperature after brain injury would allow for the effects of hyperthermia management techniques such as anti-pyretics—drugs that reduces fever—and hypothermia to be observed and evaluated by clinicians in real time,” Musolino said. “These new tools and this deeper understanding will ultimately give us better understanding of the brain and how to more quickly react to brain injury.”