A handheld, lightweight scanner — similar to the barcode reader at a store checkout — that uses white light instead of dangerous ionizing radiation can safely and reliably capture the upper body anatomy of children with chest deformities, according to pediatric surgeons from Ann & Robert H. Lurie Children’s Hospital of Chicago.

The approach, the surgeons say, offers a more convenient, inexpensive and safer alternative to traditional CT scans to measure and monitor the degree and severity of chest deformities and may also provide a cheaper imaging option for patients in economically disadvantaged regions of the world, where sophisticated technology is unavailable or prohibitively expensive for most families.

Preliminary findings from research conducted at Lurie Children’s show that the radiation-free scanner can accurately and reliably capture abnormal chest shape in detailed, 3-D format among children with sunken chest, or pectus excavatum, the most common upper body defect, occurring in one of 300 to 400 children. 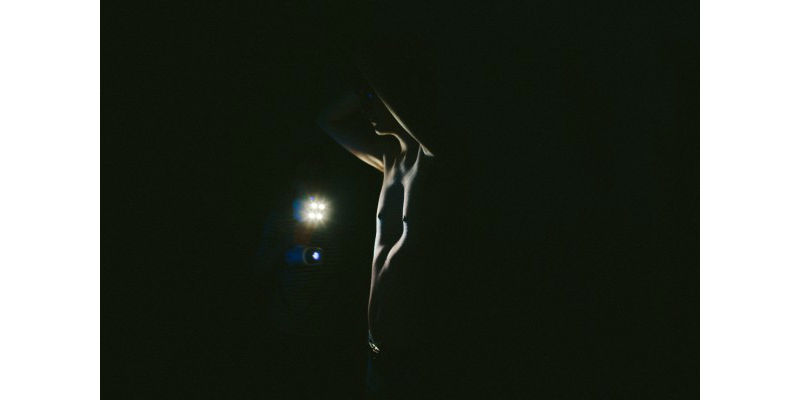 Results of a pilot study of 53 patients, presented May 15 at the annual meeting of the American Pediatric Surgical Association, revealed that the white-light scanner accurately measures the severity of the condition, allowing clinicians to track changes in depth and volume over time as the child ages or as a result of surgery.

White-light scanning has been used in eye imaging for years, but the Lurie Children’s research team says this is — to their knowledge — the first time the technology has been adapted for visualizing chest malformations.

Children with chest-wall defects generally undergo repeated evaluations for their chest deformity to monitor how it changes time as the child grows or following surgery. Many clinicians measure the curvature with a ruler or by simply eyeballing it. These old-school techniques, however, are not as precise as X-rays and CT scans, which provide excellent visualization but expose kids to ionizing radiation. Repeated exposure to ionizing radiation is a health concern in anyone, but it can be particularly dangerous in children because their growing bodies are more vulnerable to the effects of radiation. And because cancerous mutations triggered by radiation can take years, even decades, to develop, children who are exposed to radiation early in life tend to have greater lifelong risk for developing cancer from the exposure.

“As physicians, our first obligation is to do no harm so we sought a new way to reliably and accurately capture the architecture of the chest wall without the use of radiation,” says study lead investigator Marleta Reynolds, M.D., surgeon-in-chief for Lurie Children’s and Professor of Surgery at the Northwestern University Feinberg School of Medicine.

In addition to minimizing or eliminating the need for X-rays and CT scans, the white-light scanner is a more cost-conscious alternative in regions where sophisticated imaging is either lacking or inaccessible. A white light scanner costs around $35,000, compared with CT scanners, which can cost as much $275,000.

“Children everywhere deserve to have the same access to safe and reliable imaging technology, and we hope that our approach will provide a much-needed cheap, quick and safe diagnostic and monitoring tool for kids in economically disadvantaged areas,” says Fred Hebal, M.D., first author on the study and researcher in the division of Pediatric Surgery at Lurie Children’s.

Surgical correction of chest malformations is generally postponed until adolescence, except in severe cases where the chest deformity can compress the heart and lungs and affect circulation, demanding earlier intervention. However, even mild chest defects can cause neck and back pain and reduce a child’s cardiovascular endurance and exercise capacity so regular monitoring is essential for all children with the condition.

Another benefit of the white-light scanner device is its size — it weighs less than 2 pounds — and can fit easily in a small carry-on suitcase, rendering it easy for moving and transport.

“This is a creative new twist on existing technology,” says Fizan Abdullah, M.D., Ph.D., division chief of Pediatric Surgery at Lurie Children’s, an international authority on chest-wall deformities and professor of Surgery at the Northwestern University Feinberg School of Medicine. “It underscores the notion that even technology that’s been around for years can be harnessed in novel ways to make the practice of pediatric surgery simpler, cheaper and safer.”

The white-light scanning protocol is available to Lurie Children’s patients with chest defects as part of ongoing clinical trial, although patient families can choose to receive traditional imaging instead.