There was a sigh of relief after police recovered a giant inflatable colon that is used to teach about the dangers of colon cancer.

Police in Kansas City, Missouri, announced on Twitter Tuesday that a tip led officers to locate the “pilfered intestine” inside a vacant house. 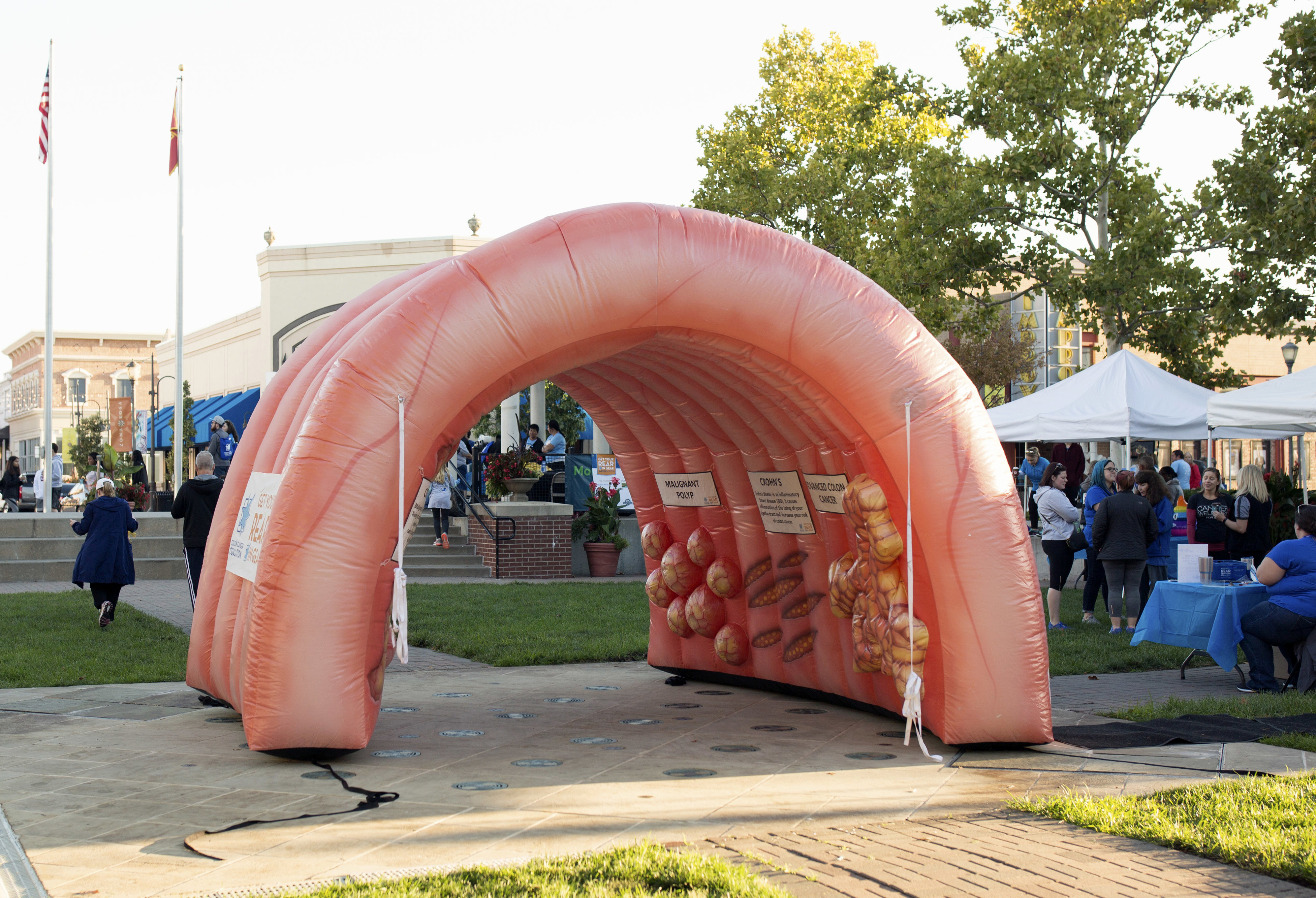 This Sept. 23, 2018, photo provided by the Colon Cancer Coalition shows an inflatable colon at a Get Your Rear in Gear event in Kansas City, Mo. Kansas City, Mo., police on Tuesday, Oct. 30, 2018, announced on Twitter that the 10-foot prop has been recovered after it was stolen from the back of a pickup truck in October. A tip led officers to locate the “pilfered intestine” inside a vacant house. (Christina Marie Z Photography/Colon Cancer Coalition via AP)

The 10-foot (3-meter), 150-pound (68-kilogram) prop, worth $4,000, was stolen this month from the back of a pickup truck. It had been purchased by the Colon Cancer Coalition, which hosts walking and running events under a “Get Your Rear In Gear” campaign, and was stored at the University of Kansas Cancer Center.

There is a silver lining to the story. Donations poured in after the theft and the coalition was able to purchase two replacement colons.

Police say no one is in custody.