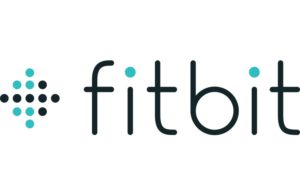 Heart rate tracking data on a Fitbit fitness tracker has helped police investigators identify and charge a murder suspect, according to a New York Times report.

Though the devices are intended mainly to monitor health and motivate users to be more active, heart rate data, sleeping patterns and physical exertion measurements can be used to corroborate events during investigations, such as the murder of 67 year old San Jose, Calif. resident Karen Navarra.

Investigators later found bloodstained clothes in Aiello’s home, and he was arrested. When confronted with the information, Aiello insisted that the info could not be true, and that Navarra had walked him to the door. But data from both systems, which were synced to internet time, showed no deviation, according to the Times.

“From doorbell security footage to Fitbit, technology engineered to solve some of life’s issues are solving serious crimes. We are continually inspired by law enforcement investigators who are thinking outside the box,” Santa Clara County district attorney Jeff Rosen said, according to the report.

Fitbit declined to comment on the case, but reaffirmed that its privacy policy says that the company complies with legal processes, including search warrants and court orders, when it shares data, according to the Times.