Researchers from the Technion-Israel Institute of Technology and colleagues in the U.S. have developed technology to tailor grafted tissues that can respond to certain natural forces affecting blood vessels. The researchers also found that matching the structure of the engineered vessels to the structure of the host tissues at the site of implantation helps the tissue implant integration, improving the chances that grafted tissues will survive. The findings were published recently inThe Proceedings of the National Academy of Sciences (PNAS).

“Developing functional and mature three-dimensional (3D) blood vessel networks in implantable tissues is critical when using these engineered tissues to treat a number of conditions, such as cardiovascular disease and trauma injuries,” said lead researcher Prof. Shulamit Levenberg of the Technion Department of Biomedical Engineering. “Matching the tissue structures will improve the long term viability and strength of tissue grafts when new blood vessel growth – called ‘angiogenesis’ – can be manipulated and exploited for the purpose of attaining optimal blood supply.”

The team’s laboratory studies were aimed at determining just how vascular networks are regulated by various kinds of “tensile forces”- by stretching the constructs (3D engineered tissues).

“Although mechanical forces play a central role in all biological processes as well as influence the shape and organization of cells, mechanical forces had not been previously investigated in relation to vascular networks in 3D,” explained Prof. Levenberg. “Our study used a number of techniques to monitor the impact of tensile forces on vascular network construction and properties.” 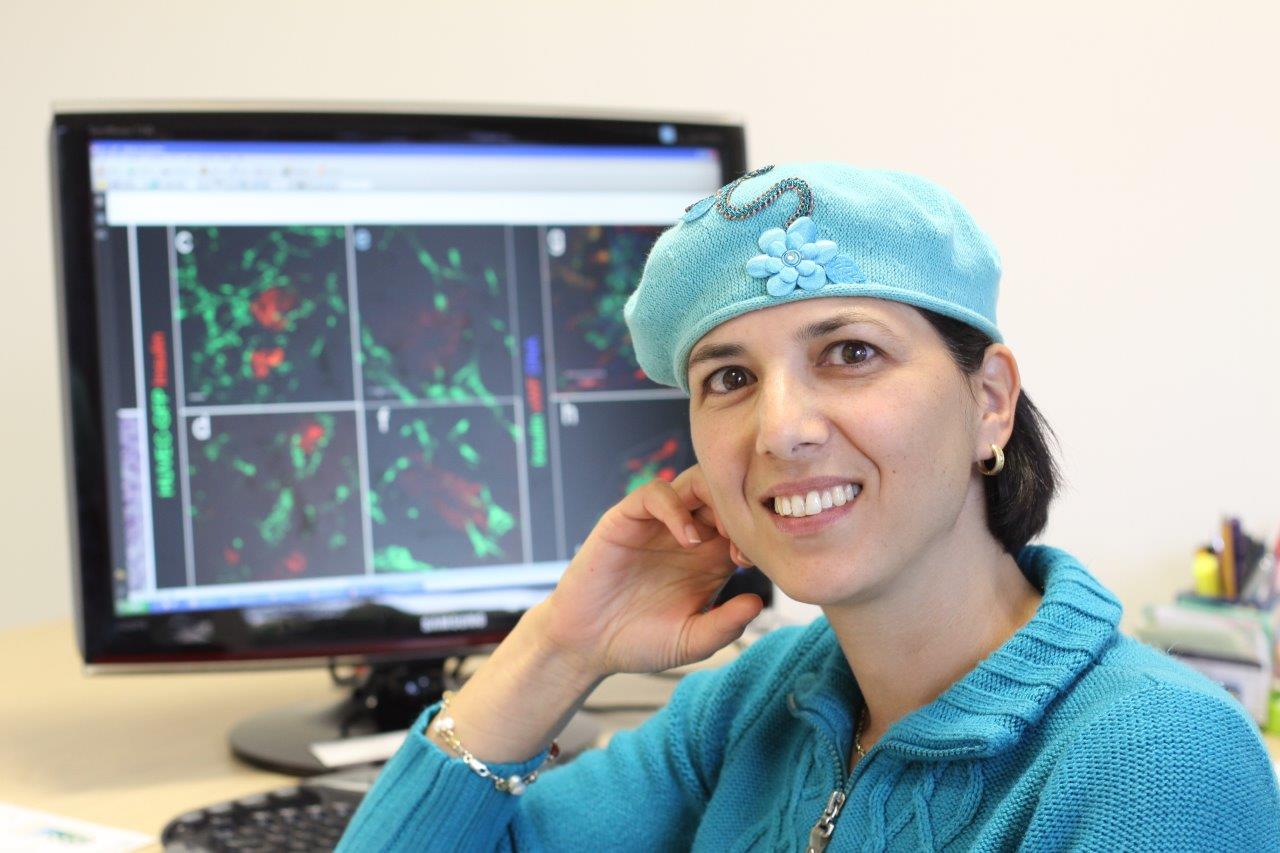 The researchers examined the effects of cell-induced forces on vascular networks by applying variety of stretching forces, both cyclic (on-and-off) and static (constant) forces. The researchers found that the vessels aligned in response to the stretch.

To test the effects of vessel alignments on tissue integration, the researchers grafted engineered tissues into mouse abdominal muscles with the vessel direction placed both parallel and vertically to the natural mouse muscle fibers (host tissues). They found that tissues with vertically implanted blood vessels had greater stiffness and strength when they corresponded to the vertical direction of the host tissue fibers.