Bulky. Clunky. Cumbersome. Restrictive. Heavy. Robotic. When you think of exoskeletons and medical garments, the first adjectives that come to mind aren’t usually positive. In the world of physical therapy, even the best rehabilitation program in the world can’t produce results if it’s not followed correctly.

And that’s exactly what was happening for parents whose children experience developmental delays, which are detrimental both physically and socially. They struggle with mobility of their limbs resulting from a multitude of conditions from Down syndrome to brain injuries to hemiplegia to arthrogryposis. If a baby can’t use her arms, she can’t learn to crawl, walk, gesture, self-feed — the list goes on and on. 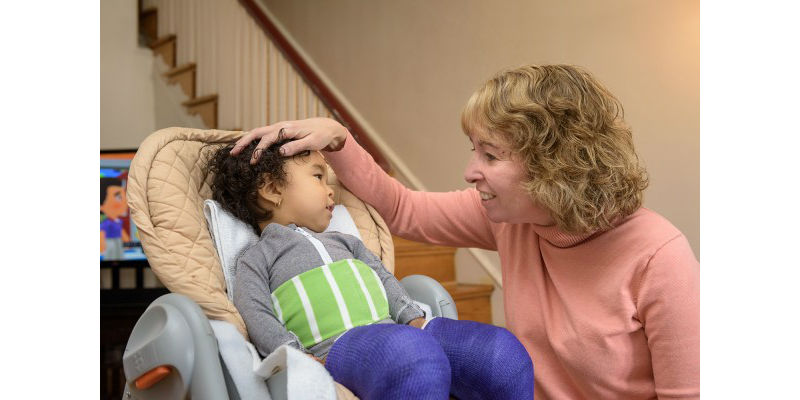 Michele Lobo of the Department of Physical Therapy is the director of the Super Suits program. (Credit: Evan Krape/ University of Delaware)

These delays can snowball and put these children behind their peers throughout childhood. Traditional solutions are made of metal or hard plastic materials.

For parents of children with developmental delays, dressing them in uncomfortable devices that make them stand out from their peers is a constant struggle. Kids don’t want to wear it and parents don’t want a constant battle. It’s exhausting for everyone involved. Therefore, many of the exoskeletons simply don’t get used often enough to make an impact.

Michele Lobo, assistant professor of physical therapy at the University of Delaware, decided to act. She created exoskeleton and other devices that are light, comfortable and effective. They’re appropriately dubbed Super Suits.

“Super Suits is an umbrella of projects. It entails everything from low-tech, adaptive clothing to custom-designed exoskeletons that kids can put on and take off more easily,” explains Lobo. “They like how it looks and it fits them better.”

One of the Super Suits is an exoskeletal garment called the Playskin Lift. Flexible mechanical inserts made of piano wires slip into the vinyl tunnels under the sleeves, providing the child’s arms with additional support. This increases the child’s reaching space while improving object exploration and learning outcomes. 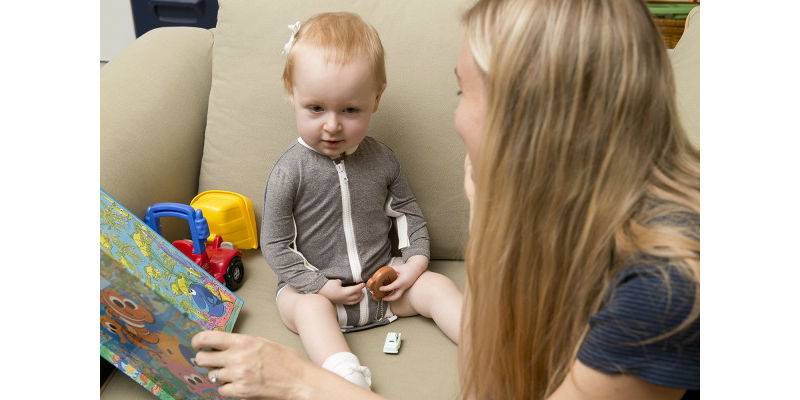 Sarah Grace and her mother Valerie commute from Georgia to work with UD’s experts. (Credit: Lane McLaughlin/ University of Delaware)

Preliminary results showed not only an assistive effect, immediately improving arm and hand functioning, but also a rehabilitative effect, meaning the child’s strength and abilities improved over time. This is the world’s first exoskeletal garment created for rehabilitation and it is custom-made for every child.

“The Playskin Lift is an anti-gravity device that gives the child’s arms lift and support,” says Iryna Babik, a postdoctoral physical therapy researcher. “We take the family’s preferences into account — soft stretchable spandex versus breathable power-mesh, onesie versus shirt style and the choice of expressive versus discrete designs. All of our devices are the result of co-designing with the families.”

In the Move To Learn (M2L) Innovation Lab inside the Health Sciences Complex on the University of Delaware’s Science, Technology and Advanced Research (STAR) Campus, physical therapists, psychologists and engineers are flanked by Martha Hall, a fashion and apparel studies Honors alumna.

“These exoskeletons are extremely practical,” says Hall. “Our designs are cheaper, lower profile and more accessible for families. Where I come in is to make it comfortable, make it as discreet as the family wants or as fun as the child wants.” 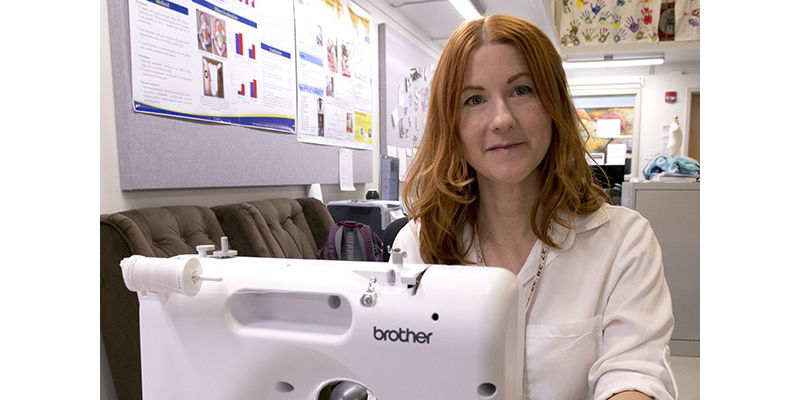 Fashionista Martha Hall has enjoyed the collaboration so much that she is now pursuing her doctorate in biomechanics and movement science. (Credit: Lane McLaughlin/ University of Delaware)

Hall has enjoyed the collaboration so much that she is now pursuing her doctorate in biomechanics and movement science.

And it’s not just local families who are benefiting from Super Suits. The team is helping children across the country, using Skype conferencing and video recordings to observe progress.

Sarah Grace has arthrogryposis and was born with no bend in her elbows. Her mother Valerie makes trips from Georgia to work with UD’s experts.

“We saw a message about Super Suits in an arthrogryposis online group,” she says. “While doing the study, we log her progress by video and send it weekly [to UD].”

Because there is no good method for identifying cognitive delays or learning disabilities until a child is two, Lobo believes physical therapists can use their skill set to anticipate future programs and conduct interventions much earlier than traditional methods have allowed.

She’s now involved in a multisite intervention study called START Play, in which physical therapists give early intervention services to babies who are significantly delayed.

“By the time they are seven to 16 months of age, these kids are still not sitting or playing with toys. Their peers are already performing these actions by six months,” says Lobo. “The whole goal of the program is to get kids to develop those abilities so that they can grab toys, put them in and out of one another and learn about cause and effect.” 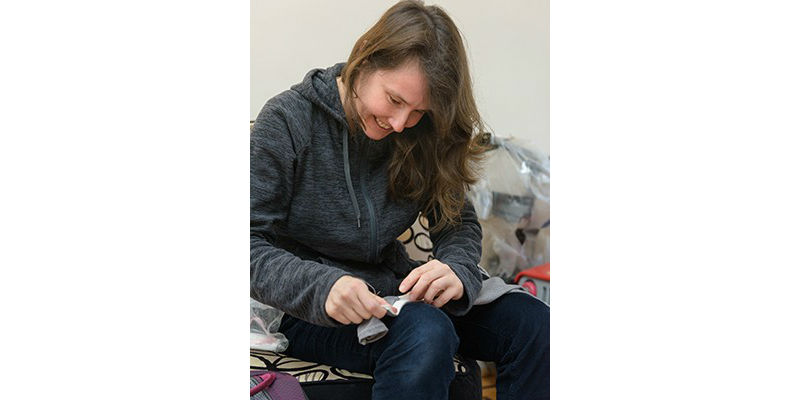 If children don’t develop an understanding of these concepts, later on, it results in learning disabilities and a higher incidence of problems in school. But health sciences researchers don’t yet have a good understanding of how to identify and help them early on, which means an intervention study like START Play is sorely needed.

So what’s to come from the Super Suits program? Researchers are testing new products, which include a smart garment that senses movement.

“So your shirt looks like a regular shirt, but it’s actually telling us how much you’re moving throughout the day, and it can even give you feedback to your movements,” says Lobo, who credits the National Institutes of Health as being an important supporter of UD’s exoskeleton work. “It might light up and show you if you’re moving and make you more excited to move that arm.”