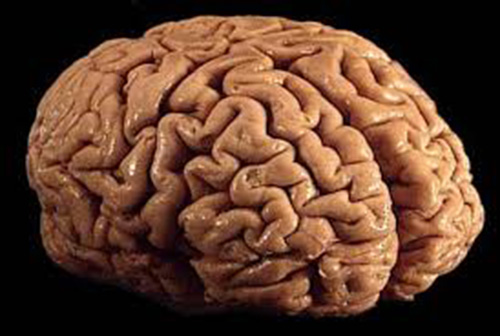 Our brains function by electrical and chemical signalling. Recording brain wave patterns can be very helpful in conditions like epilepsy, but the potential of this inexpensive and easily applied technology has not been fully recognised.

Researchers in the Academic Unit of Neurology at Trinity College Dublin in Ireland have been studying brain wave patterns in the neurodegenerative condition amyotrophic lateral sclerosis (ALS). They have made the surprising discovery that some specific parts of the brain are “over-connected” in ALS, while other parts show reduced activity as the brain networks disintegrate.

A previous study by the Trinity group had indicated the potential changes in EEG recordings. The new findings considerably advance our understanding of the brain regions that start to get overconnected as the disease progresses, and how they relate to the death of the motor neurons. These changes in comparison to the healthy brain indicated new dynamics of the disease in the brain and have revealed some previously unrecognised abnormalities in the brain.

Their findings, published in the recent issue of the journal Cerebral Cortex http://doi.org/10.1093/cercor/bhx301 imply that ALS, along with other neurodegenerative conditions, are associated with important changes in neural communication between different brain networks, rather than changes in a single region of the brain. The new discoveries are pointing to the mechanisms in the brain that are associated with the disease, that were not previously taken into account, assuming that ALS is simply a focal isolated degeneration in certain parts of the brain.

“Understanding how the networks in the human brain interact in health and disease is a very important area that has not been adequately researched” said Dr Bahman Nasseroleslami, Senior Research Fellow and Neural Engineer, who is the lead author of the study.

“Using EEG to decipher changes in brain function has not been possible until recently. The computational power, mathematical and statistical tools were just not available. But our findings have shown that we can now explore the living human brain in a very sophisticated and non-invasive way, and that we can link our dynamic EEG changes with anatomical changes captured by MRI. This expands enormously our ability to understand how the brain is working in real-time, and how these changes in brain networking correlate with structural changes that we can see on MRI scans. This is breakthrough science”.

“These findings will change how we study ALS” said Professor Hardiman, Head of the Academic Unit of Neurology in Trinity. “Our identification of specific changes in brain wave patterns in different forms of neurodegeneration will allow us to develop new drugs, and monitor the effects of these drugs in ways that have not been possible up to now.”

Professor Hardiman continued: “Our findings will revolutionise how we measure changes in brain function in ALS and many other related neuro-degenerations such as frontotemporal dementia. Our findings will also help in understanding the links we have shown previously between ALS and schizophrenia. There is much to do, but this is the first step in developing new and innovative measurements that will have a major impact on how we conduct future clinical trials.”

Approximately 5,600 people in the U.S. are diagnosed with ALS each year. It is estimated that as many as 30,000 Americans may have the disease at any given time.