Measuring optical blood flow in the resting human brain to detect spontaneous activity has for the first time been demonstrated by Wright State University imaging researchers, holding out promise for a better way to study people with autism, Alzheimer’s and depression.

Ulas Sunar, associate professor of biomedical, industrial and human factors engineering, and his team of researchers have shown that optical blood flow contrast measured by Diffuse Correlation Spectroscopy can be used to detect Resting State Functional Connectivity (RSFC) in the brain.

The research team includes Sunar, who holds the endowed position of the Ohio Research Scholar for Medical Imaging at Wright State, and his researchers Chien Poon, Jun Li, Jeremy Kress and Dan Rohrbach.

The team’s findings were recently published in one of the top optical journals, the Journal of Biophotonics, covering research on the interactions between light and biological materials. The work has also been featured in the Biophotonics.World, which serves the worldwide biophotonics community as a central access point for the latest news and articles about recent scientific developments in academia and industry.

The team’s novel optical approach is based on detecting light scattering from moving blood cells and can quantify absolute cerebral blood flow-related contrast. It is a complementary technique to widely known functional near infrared spectroscopy that measures blood oxygenation.

“We are seeing that blood flow shows higher contrast than oxygenation in our neuroimaging experiments,” said Sunar. “Under neuronal firing brain may ask for more blood flow. That’s why blood flow is an important parameter for assessing human brain resting state functional connectivity. And also the blood flow imaging technique is relatively new. The custom system was built here, by my Ph.D. student Chien Poon, and we demonstrated the resting state approach for the first time in our field.”

The researchers used blood flow parameter to quantify RSFC in nine healthy adult males as a proof-of-concept study. The technique showed high connectivity between certain areas of the brain and low connectivity between other areas. The results match similar studies performed previously with other methods such as functional magnetic resonance imaging (fMRI). 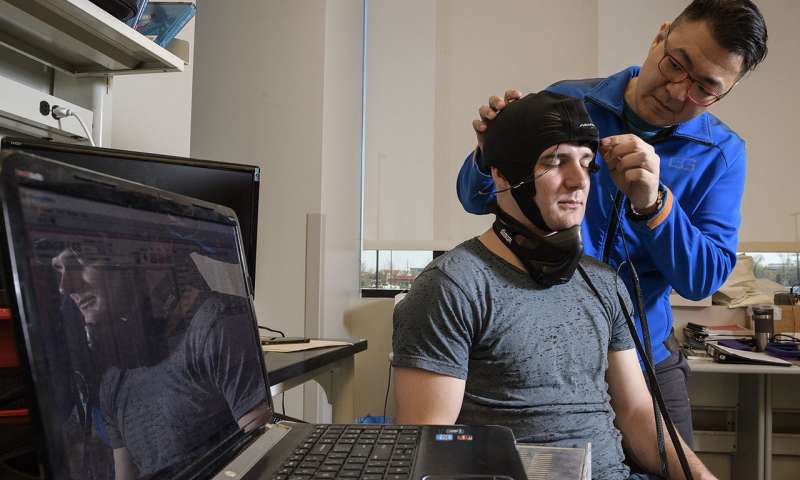 “These are exciting results in our field since the study has proven the potential of optical blood flow method as a non-invasive mean to assess RSFC in humans,” Sunar told Biophotonics.World. “Cerebral blood flow is a very important parameter for neuronal disease characterization due to its high contrast.”

RSFC studies are a valuable tool for studying people with disorders that can make performing tasks difficult. But many people, such as young autistic children, are poor candidates for RSFC assessment by fMRI, which requires them to hold still for long intervals inside a confined imaging space with loud noise from the magnet.

Optical imaging is highly suitable for such people because it is fast and can be performed by optical probes that can be worn by the patient. The researchers expect that this will ultimately become a highly useful tool for non-invasively assessing brain function in young and disabled patients.

Sunar said the technology could also be used for assessing human performance to understand if a task increases cerebral blood flow and neural activity.

“When a task is performed, what happens to the blood flow in the brain?” he said. “Is there a relationship? Is the brain network more connected at the resting state and performing state? These are interesting questions to investigate.”

The next step for the research team will be to modify the optical system to enable it to show both blood flow and oxygenation.

“We are working on combining multiple imaging contrasts to get a more complete picture of the brain function,” Sunar said. “For example, we can quantify cerebral metabolic rate of oxygen consumption by combining blood flow and oxygenation measurements. This approach will have a high impact in many areas, from neurological disease characterization in clinical settings to assessing the human performance relevant to military research.”