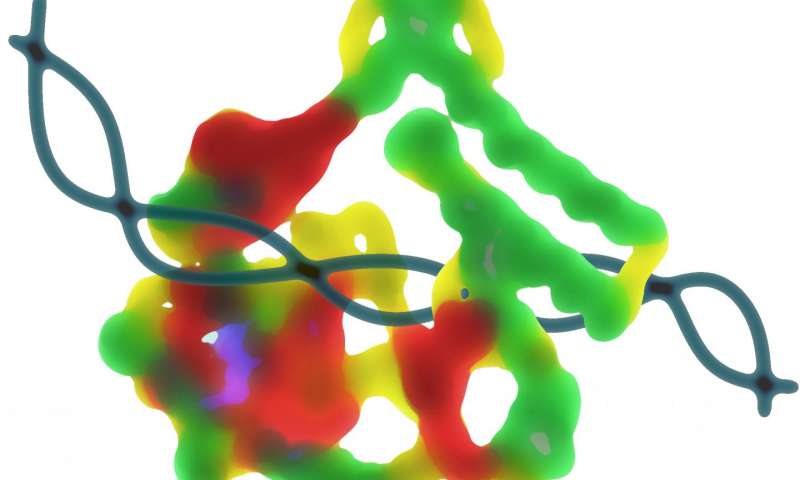 Brown researchers have developed a new ligase for laboratory use that could aid in in-vitro diagnostics and sequencing. (Credit: Lei Zhang, Brown University)

Ligases are enzymes that serve critical functions in cells, helping to fuse together broken strands of DNA and RNA. These enzymes are also important bioengineering tools, useful in genetic sequencing, mutation detection and other applications.

Researchers in Brown University’s School of Engineering have now developed a new RNA ligase for laboratory use. Derived from a microbe that thrives near volcanic thermal vents, the new ligase, called KOD1Rnl, can work at the high temperature desirable for some laboratory procedures. It’s also the most active in the presence of certain RNA structures, called templates, which makes it useful for RNA sequencing and detection.

The paper is published in the journal RNA Biology.

Zhang works in the lab of Anubhav Tripathi, professor of engineering at Brown and senior author on the paper. “The focus of our group has always been in the engineering of medical diagnostics and molecular therapies, particularly dealing with RNA,” Tripathi said. “In many recent studies, we engineered novel molecular assays and platforms to rapidly detect viral infections and the presence of viral mutations. While we design and build the microfluidic platforms and the assays in-house, we always relied on off-the-shelf reagents to power these assays. As our designs became more complex, we grew increasingly frustrated at the lack of specialized enzymes, such as ligases.”

In particular, there are few RNA ligases that are thermostable, that is, ones that can operate at high temperatures. Working with RNA at higher temperatures can make things easier, Tripathi says. At room or body temperature, RNA molecules are a tangled mess. But when heated, those tangles loosen up and the molecule straightens out.

“When working with RNA, you often want to hybridize a complementary nucleic acid to it,” Tripathi said. “That’s much easier when the molecule is linear. When it’s tangly, a lot of the sites for the hybridization are blocked.”

The problem is that the temperatures needed to straighten out the RNA are often too high for the ligase to be effective in fusing molecules. But KOD1Rnl is active up to nearly 140 degrees Fahrenheit, which enables its use in laboratory work above body temperatures.