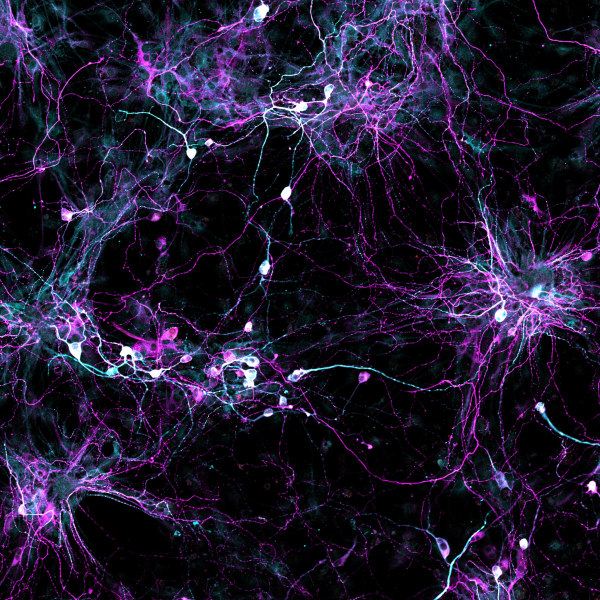 For the first time, scientists can use skin samples from older patients to create brain cells without rolling back the youthfulness clock in the cells first. The new technique, which yields cells resembling those found in older people’s brains, will be a boon to scientists studying age-related diseases like Alzheimer’s and Parkinson’s.

“This lets us keep age-related signatures in the cells so that we can more easily study the effects of aging on the brain,” says Rusty Gage, a professor in the Salk Institute’s Laboratory of Genetics and senior author of the paper, published October 8, 2015 in Cell Stem Cell.

“By using this powerful approach, we can begin to answer many questions about the physiology and molecular machinery of human nerve cells—not just around healthy aging but pathological aging as well,” says Martin Hetzer, a Salk professor also involved in the work.

Historically, animal models—from fruit flies to mice—have been the go-to technique to study the biological consequences of aging, especially in tissues that can’t be easily sampled from living humans, like the brain. Over the past few years, researchers have increasingly turned to stem cells to study various diseases in humans. For example, scientists can take patients’ skin cells and turn them into induced pluripotent stem cells, which have the ability to become any cell in the body. From there, researchers can prompt the stem cells to turn into brain cells for further study. But this process—even when taking skin cells from an older human—doesn’t guarantee stem cells with ‘older’ properties.

“As researchers started using these cells more, it became clear that during the process of reprogramming to create stem cells the cell was also rejuvenated in other ways,” says Jerome Mertens, a postdoctoral research fellow and first author of the new paper.

Epigenetic signatures in older cells—patterns of chemical marks on DNA that dictate what genes are expressed when—were reset to match younger signatures in the process. This made studying the aging of the human brain difficult, since researchers couldn’t create ‘old’ brain cells with the approach.

Gage, Hetzer, Mertens and colleagues decided to try another approach, turning to an even newer technique that lets them directly convert skin cells to neurons, creating what’s called an induced neuron. “A few years ago, researchers showed that it’s possible to do this, completely bypassing the stem cell precursor state,” says Mertens.

The scientists collected skin cells from 19 people, aged from birth to 89, and prompted them to turn into brain cells using both the induced pluripotent stem cell technique and the direct conversion approach. Then, they compared the patterns of gene expression in the resulting neurons with cells taken from autopsied brains.

When the induced pluripotent stem cell method was used, as expected, the patterns in the neurons were indistinguishable between young and old derived samples. But brain cells that had been created using the direct conversion technique had different patterns of gene expression depending on whether they were created from young donors or older adults.

“The neurons we derived showed differences depending on donor age,” says Mertens. “And they actually show changes in gene expression that have been previously implicated in brain aging.” For instance, levels of a nuclear pore protein called RanBP17—whose decline is linked to nuclear transport defects that play a role in neurodegenerative diseases—were lower in the neurons derived from older patients.

Now that the direct conversion of skin cells to neurons has been shown to retain these signatures of age, Gage expects the technique to become a valuable tool for studying aging. And, while the current work only tested its effectiveness in creating brain cells, he suspects a similar method will let researchers create aged heart and liver cells as well.