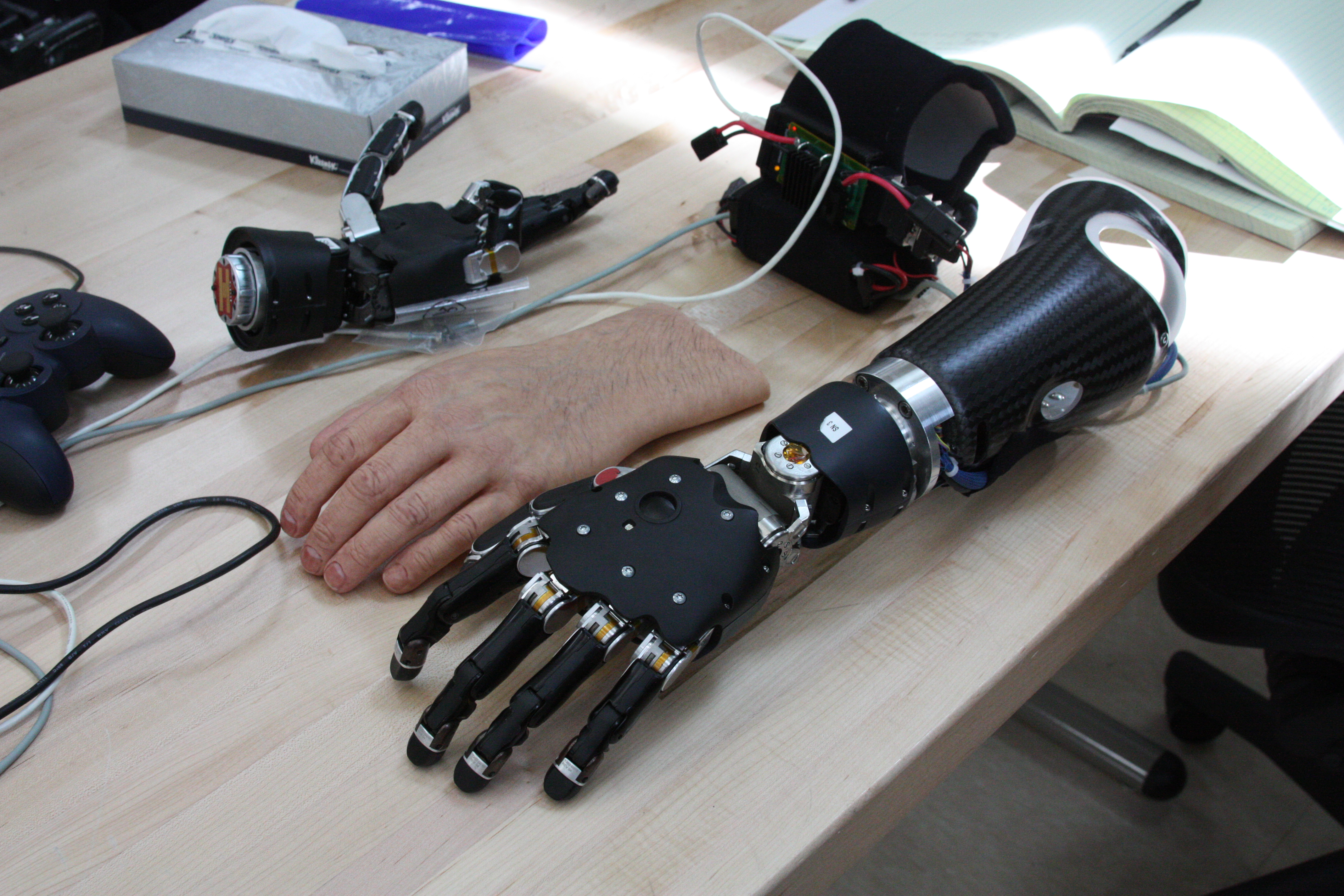 High-tech prosthetics allow amputees to engage more fully in everyday life, even to compete in sporting events. Researchers from the University of Houston have demonstrated how brain activity is used to identify different terrains – level ground and stairs, for example – a key step in developing prosthetics that allow the user’s prosthesis to automatically adjust to changing ground conditions in real time.

Using a wireless mobile brain-body imaging system, the work relied upon a 64-channel skullcap to track the brain activity of 10 able-bodied volunteers, equally split between men and women, as they walked a course designed to take them from level ground, up and down ramps and staircases. Each volunteer completed an average of 20 trials.

In addition, the researchers used full-body motion capture technology to record how the volunteer subjects moved and collected data about lower-limb muscular activity.

Previous research in the field has involved subjects who imagine themselves walking or who walk on treadmills, rather than the real-world conditions used for this study, said Justin A. Brantley, a doctoral student in the UH Cullen College of Engineering and co-first author on a paper describing the work, published Nov. 30 in PLOS ONE. “The overarching theme is, how can we understand what is happening during locomotion in natural complex settings?” he said.

People once believed walking involved only the spinal cord and muscular system. “It looks so easy to walk,” said Jose Luis Contreras-Vidal, Cullen University Professor of electrical and computer engineering at UH and senior author of the paper. “But the reality is different.”

As functional magnetic resonance imaging came into common use, researchers learned the brain was also involved.

The new work, funded by National Science Foundation award IIS-1302339, demonstrates what parts of the brain perform specific functions during walking in different conditions, a discovery Contreras-Vidal said will allow for improved control over prosthetic limbs but will have other applications, as well.

The researchers collected the brain activity – five additional sensors were placed on the volunteers’ faces to allow researchers to screen for the impact of random movement, including eye blinks – and then mapped the signals back to the brain to determine how specific parts of the brain are involved in discrete tasks associated with walking, said Trieu Phat Luu, co-first author and a post-doctoral researcher in the Noninvasive Brain-Machine Interface System Laboratory at UH.

Other researchers involved with the project are Sho Nakagome and Fangshi Zhu, both UH doctoral students.

“Our results showed that the changes of spectral power in neural sources localized to the posterior parietal cortex and sensorimotor cortex are associated with the level of motor task demands,” they wrote. “Additionally, our results presented evidence that electrocortical amplitude modulations (relative to average gait cycle) are correlated with the level of difficulty in locomotion tasks. These findings extend our understanding of cortical dynamics of human walking at different levels of locomotion task demands.”

Contreras-Vidal said the next step will be to translate the discovery to a high-tech prosthetic leg that can automatically adjust to different terrains through a brain-machine interface, developed by his collaborator Helen Huang of North Carolina State University.

Current state-of-the-art prosthetics rely on sensors that detect activity in remaining muscles and translate that to movement, but they can’t readily adjust to changing terrain in real time. Incorporating brain activity into the system would allow for that. The findings also have applications for powered exoskeletons, which allow people with spinal cord injuries and other disabilities to walk.

Contreras-Vidal said the approach to mapping cortical changes also could be used for certain assistive devices, such as powered wheelchairs, as well as to study how children learn to walk.