Alzheimer’s Research UK has created a cross-platform game designed to help people understand the biology of Alzheimer’s and other dementias.

The game – Amyloids – is available for free from app stores as well as being playable on the charity’s website www.alzheimersresearchuk.org/amyloids.

Amyloids – named after a harmful protein involved in Alzheimer’s disease – is an homage to classic arcade games of the late 70s and early 80s. Over 24 levels, players learn about the biology of Alzheimer’s, and must use their skill to protect brain cells from amyloid and other harmful proteins known to build up in the brain in diseases that cause dementia.

Alzheimer’s disease is characterised by the build-up of two hallmark proteins called amyloid and tau in the brain. These culprit proteins are thought to kick-start a chain of events that damages nerve cells, leading to symptoms such as confusion, memory loss, behavior change and communication problems. These microscopic biological processes eventually cause a brain affected by Alzheimer’s to weigh up to 140g less than a healthy brain – about the weight of an orange.

Other forms of dementia, such as frontotemporal dementia and dementia with Lewy bodies, also involve the clumping together of abnormal proteins. As well as tackling amyloid and cells damaged by tau, players of Amyloids will need to overcome features of these others diseases as they seek to protect the brain from damage. 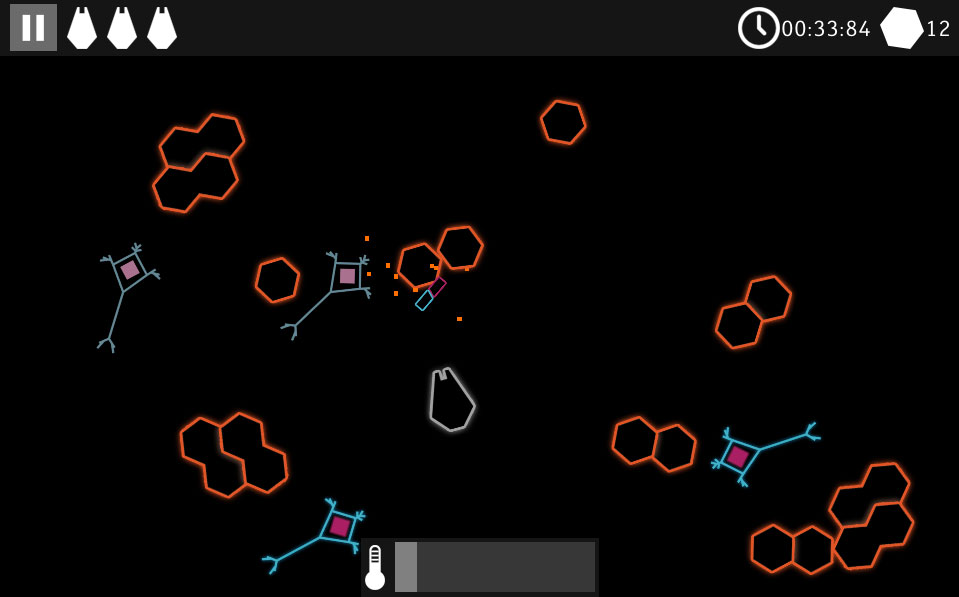 “We know there are still a lot of misconceptions about Alzheimer’s and other dementias. Many people think of dementia as a normal part of ageing, and less than a quarter of people recognise that it is caused by physical brain diseases. We wanted to create an engaging way to help people understand what happens in the brain in these diseases.

“Dementia affects over 850,000 people in the UK and we must tackle it on many fronts. Our researchers are making progress every day battling against the condition in the laboratory, but there is also a large amount of work to be done helping people understand dementia and lifting the stigma that still surrounds the condition.

“Games have enormous potential as educational and awareness-raising tools. By creating what is primarily a fun experience, they can demonstrate concepts and convey information incidentally – without requiring any special effort from players. While the science explained through Amyloids only brushes the surface of what are a set of extremely complex diseases, we hope that players will enjoy the game and take away the message that there are biological changes underlying dementia that can be tackled through research.”

Alzheimer’s Research UK is the UK’s leading dementia research charity, funding more than £26m of pioneering biomedical research across the UK and the world. Amyloids is one of a suite of digital engagement projects the charity has developed to raise awareness of Alzheimer’s and other dementias and the power of research to improve the lives of those affected.