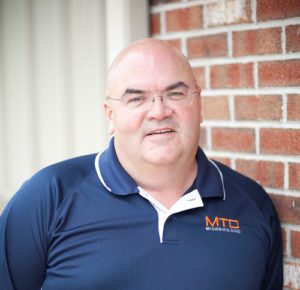 Dennis Tully, owner of MTD Micro Molding, passed away on Feb. 28 at the age of 58.

Tully, who bought MTD Micro Molding from his father in 2008, was a family man who was involved in contract manufacturing since he was in high school.

“The desire to help the family business was pretty intriguing and that was the challenge that I couldn’t say no to,” Tully told Medical Design and Outsourcing in June 2017.

MTD Micro Molding is celebrating 47 years in the industry this year and was recently named as one of Plastic News‘s 2018 Processor of the Year finalists.

Tully earned his bachelor’s degree in plastics engineering from UMass Lowell in 1982. After working for a few other manufacturing companies, he joined his father’s company, Miniature Tool & Die, when he was 28. Tully told us he never saw himself running the company or taking over for his father until he became plant manager.

“I just went with the flow. Eventually, it became obvious that there was an opportunity further down the road to buy my dad out,” he said. “That pretty much evolved over time, but it certainly wasn’t the plan from the beginning.”