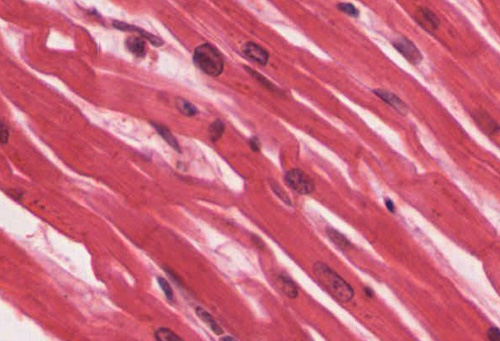 The robotic system, described today in Science Robotics, induced cell proliferation and lengthened part of the esophagus in a large animal by about 75 percent, while the animal remained awake and mobile. The researchers say the system could treat long-gap esophageal atresia, a rare birth defect in which part of the esophagus is missing, and could also be used to lengthen the small intestine in short bowel syndrome.

The most effective current operation for long-gap esophageal atresia, called the Foker process, uses sutures anchored on the patient’s back to gradually pull on the esophagus. To prevent the esophagus from tearing, patients must be paralyzed in a medically induced coma and placed on mechanical ventilation in the intensive care unit for one to four weeks. The long period of immobilization can also cause medical complications such as bone fractures and blood clots.

“This project demonstrates proof-of-concept that miniature robots can induce organ growth inside a living being for repair or replacement, while avoiding the sedation and paralysis currently required for the most difficult cases of esophageal atresia,” says Russell Jennings, MD, surgical director of the Esophageal and Airway Treatment Center at Boston Children’s Hospital, and a co-investigator on the study. “The potential uses of such robots are yet to be fully explored, but they will certainly be applied to many organs in the near future.”

The motorized robotic device is attached only to the esophagus, so would allow a patient to move freely. Covered by a smooth, biocompatible, waterproof “skin,” it includes two attachment rings, placed around the esophagus and sewn into place with sutures. A programmable control unit outside the body applies adjustable traction forces to the rings, slowly and steadily pulling the tissue in the desired direction.

The device was tested in the esophagi of pigs (five received the implant and three served as controls). The distance between the two rings (pulling the esophagus in opposite directions) was increased by small, 2.5-millimeter increments each day for 8 to 9 days. The animals were able to eat normally even with the device applying traction to its esophagus, and showed no sign of discomfort.

On day 10, the segment of esophagus had increased in length by 77 percent on average. Examination of the tissue showed a proliferation of the cells that make up the esophagus. The organ also maintained its normal diameter.

“This shows we didn’t simply stretch the esophagus — it lengthened through cell growth,” says Pierre Dupont, PhD, the study’s senior investigator and Chief of Pediatric Cardiac Bioengineering at Boston Children’s.

The research team is now starting to test the robotic system in a large animal model of short bowel syndrome. While long-gap esophageal atresia is quite rare, the prevalence of short bowel syndrome is much higher. Short bowel can be caused by necrotizing enterocolitis in the newborn, Crohn’s disease in adults, or a serious infection or cancer requiring a large segment of intestine to be removed.

“Short bowel syndrome is a devastating illness requiring patients to be fed intravenously,” says gastroenterologist Peter Ngo, MD, a coauthor on the study. “This, in turn, can lead to liver failure, sometimes requiring a liver or multivisceral (liver-intestine) transplant, outcomes that are both devastating and costly.”

The team hopes to get support to continue its tests of the device in large animal models, and eventually conduct clinical trials. They will also test other features.

“No one knows the best amount of force to apply to an organ to induce growth,” explains Dupont. “Today, in fact, we don’t even know what forces we are applying clinically. It’s all based on surgeon experience. A robotic device can figure out the best forces to apply and then apply those forces precisely.”