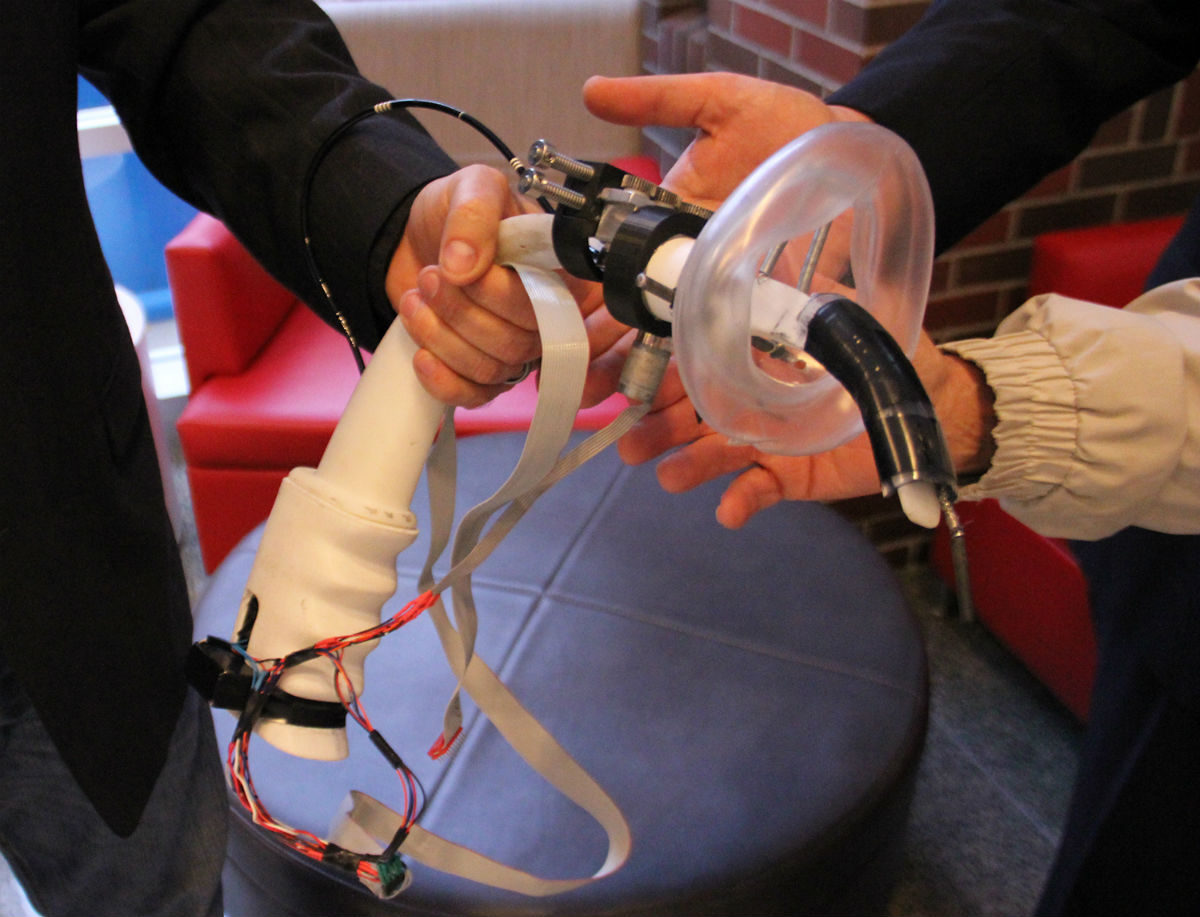 Robotic intubation device in development at The Ohio State University.

About 1 percent of the roughly 25 million intubations performed each year in the United States fails. Researchers at The Ohio State University decided if anesthesiologists could replace their limited visual guidance with a robot, it could improve outcomes. Led by Mechanical Engineering Associate Professor Tony Luscher, the group teamed up with Anesthesiologist Dr. Hamdy Awad, who practices at The Ohio State University Wexner Medical Center and is an associate professor in the College of Medicine, to develop a prototype of this technology.

The autonomous device would secure patients’ airways more accurately with increased consistency by propelling a robotic endoscopic device, which “receives three-dimensional information about its anatomical location by means of a small speaker placed on the skin near the patient’s laryngeal prominence emitting sound and magnetic waves detected by accelerometers and magnetic fields, respectively,” the researchers described. Theoretically, researchers said this could mean military personal and first responders could intubate during emergency situations.

Since it’s still being developed, there is no timeline as to when it could be released to the market.

What do you think? Would you use this product in an OR? Comment below.