Kathy Holbrook was at home one night last year when she started having chest pains, so the 63-year-old former office manager drove to a hospital near her home in the eastern Kentucky mountains.

“I am a Christian lady, so I believe in the power of prayer and I was just praying to God to give me the strength to get there,” she said.

She made it, and doctors treated her for a small blockage in her heart. Because Holbrook has Medicaid, the hospital got paid for its services, helping it keep its doors open and preventing Holbrook from a more perilous drive to the next nearest hospital more than 30 miles away.

Millions of Americans got health insurance through the expansion of Medicaid programs in 31 states under the Affordable Care Act. Though efforts in Congress to overhaul the law collapsed, many remain nervous as some Republicans, including President Donald Trump, say they haven’t given up on repealing the law.

People who work at hundreds of rural hospitals are also watching closely. Those hospitals have struggling budgets that were propped up by the massive influx of poor people who gained taxpayer-funded health insurance. 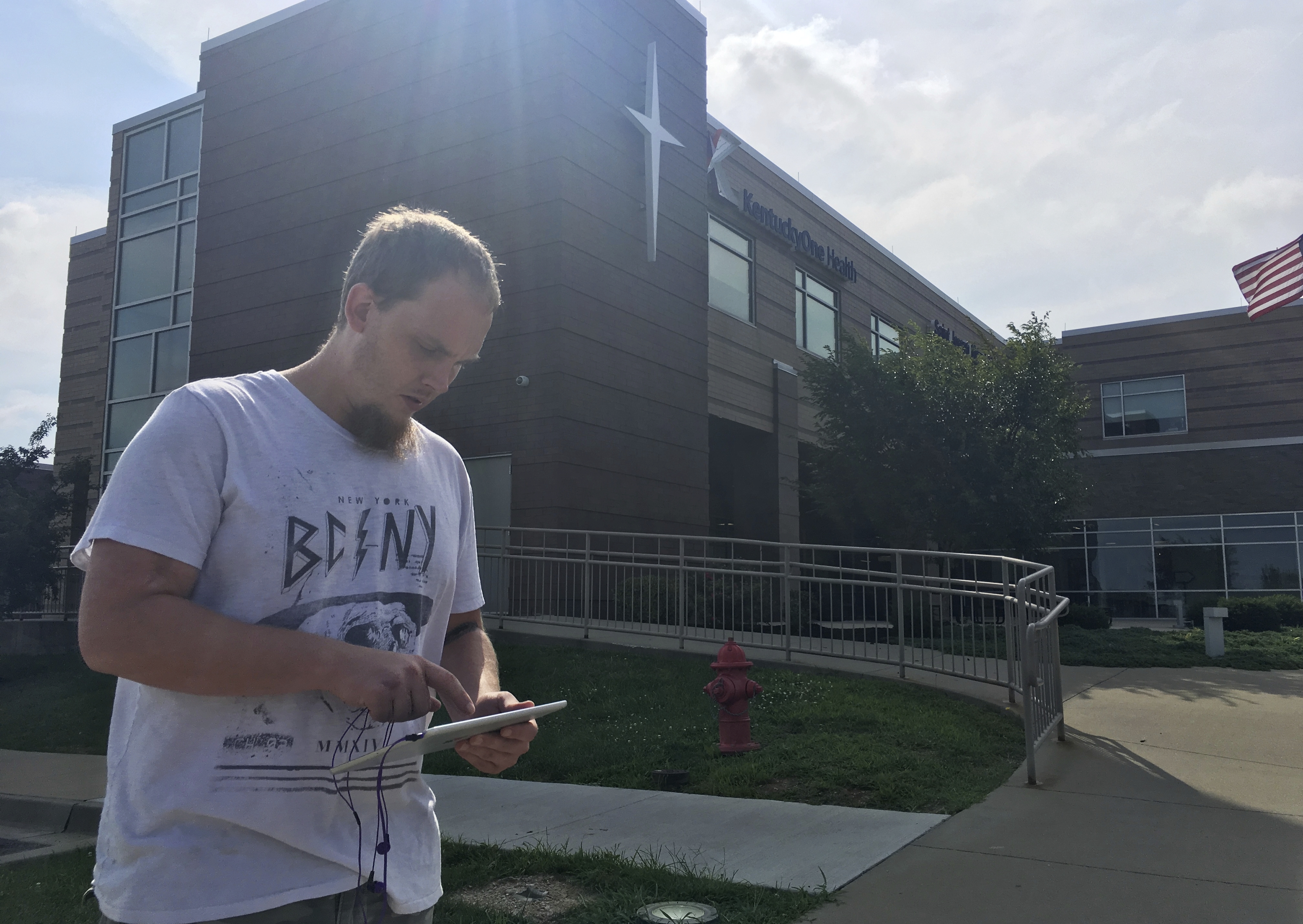 In this July 14 2017 photo, Jonathan Nickell checks his iPad while waiting for his wife to have surgery at the St. Joseph Mount Sterling hospital in Mount Sterling, Ky. Nickell said rural hospitals are essential to their community. Many rural hospitals have struggled financially because they serve large populations of poor people who don’t have insurance. (AP Photo/Adam Beam)

The transformation has been especially dramatic in Kentucky, where rural hospitals are not just a lifeline for patients who may not have the means to travel far for the help they need. They also sustain local economies, providing jobs and services that people there have come to see as indispensable in some of the nation’s poorest and most isolated communities.

“It’s been a financial buoy for them to help keep them afloat,” said Steve Williams, the former CEO of Norton Healthcare who now is an adviser for the 22-bed Livingston Hospital in Salem, Kentucky. “The reality is there are 400,000 people on the rolls in Kentucky that weren’t there, and a lot of them (are) rural.”

Just two years ago, 15 of Kentucky’s 65 rural hospitals were in danger of closing. Since then, more than 440,000 Kentuckians — nearly 10 percent of the state’s population — got health coverage through Medicaid after the state chose to expand the program under the Affordable Care Act. In 2012, Kentucky hospitals provided $2.4 billion worth of “uncompensated care.” Three years later, it was $786 million, a 67 percent drop.

“It has helped them tremendously,” said Mike Rust, president and chief executive officer of the Kentucky Hospital Association.

But the Medicaid expansion could disappear under Republican proposals. The nonpartisan Congressional Budget Office estimates as many as 23 million Americans could lose their health insurance under a House-approved bill. Despite Republicans’ failure so far to repeal and replace the Affordable Care Act, Rust said hospitals are still “very nervous.”

“There is still a lot of uncertainty going on with what’s going to come out of Washington,” he said.

Rural hospitals in states that chose to expand Medicaid would be the most vulnerable. An analysis by The Commonwealth Fund, a health care advocacy group, showed the uncompensated care costs could rise 123 percent for those hospitals by 2026. In six states — California, Kentucky, Nevada, Oregon and Washington — the costs could rise more than 200 percent. Of the top 10 counties in the country with the highest percentage of adults relying on Medicaid, six are in Kentucky.

“An increase of uncompensated care of this level may not be sustainable for these vulnerable hospitals,” according to the report.

Nationwide, 81 of the more than 1,800 rural hospitals in America have closed since 2010, according to research from the North Carolina Rural Health Research Program. They include 12 closures in Texas, the most of any state.

While a closed hospital would be bad for doctors and patients, it would also do disproportionate damage to delicate rural economies where the local hospital is often one of the largest employers along with the public school system.

When Parkway Regional Medical Center in Fulton, Kentucky, closed in 2015, the city lost $200,000 in tax revenue, or about 8 percent of its annual budget. City leaders responded by raising a tax on alcoholic beverages so they could continue to fund their police department.

“It had a devastating effect on our community,” Fulton City Manager Cubb Stokes said.

Senate Majority Leader Mitch McConnell, a Kentucky Republican, noted that rural hospitals “are in trouble already,” adding to the challenges of crafting a health care bill. He said his “principle concern is the collapsing private health insurance market.” Last month, insurance regulators in Kentucky announced individual rates could increase by as much as 34 percent next year.

Costs are rising for taxpayers, too. The Medicaid expansion is expected to cost Kentucky nearly $300 million by 2020, adding pressure to a state budget already stressed by a multi-billion public pension debt. That’s why Ralph Alvarado, a Republican state senator and an emergency room doctor, supports the GOP health care bill. He said if states have more authority over Medicaid spending, they can design a program to protect rural hospitals.

“Give us the power to do what we think is best,” Alvarado said. “The one size fits all from the feds doesn’t work.”

Some Kentuckians say the stakes are too high to take a chance on anything that could hurt local hospitals. Jonathan Nickell, a 29-year-old machinist from Mount Sterling, recently stood outside the St. Joseph Mount Sterling hospital while his wife was having surgery. He voted for Donald Trump in the presidential election, but said he would not support him anymore if the Medicaid expansion were to disappear.