SAB Biotherapeutics (SAB), a clinical-stage biopharmaceutical development company, announced today that its DiversitAb human antibody production platform, leveraging transchromosomic cattle (Tc Bovine), was identified as of one of the six most meritorious proposals emerging from the World Health Organization (WHO) public consultation on platform technologies for priority infectious diseases with epidemic potential.

This consultation was part of the WHO Research & Development Blueprint, a global strategy and preparedness plan that allows the rapid activation of R&D activities that can be used to save lives and avert large-scale crisis during epidemics. SAB Biotherapeutics’ technology was the only immunotherapy platform among the six finalists (of 35 proposals), which also included three vaccine platforms, a diagnostic technology and a technology covering all product streams. 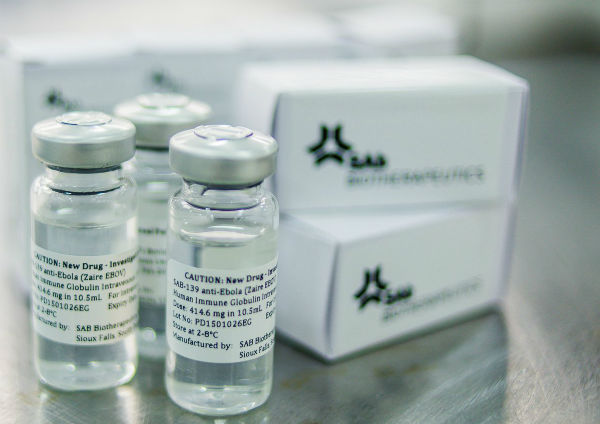 In October 2015, SAB submitted their proposal, “Targeted Human Immunoglobulin to WHO Priority Pathogens Using Transchromosomic (Tc) Bovine,” which outlined a project over a two-year period to increase their response capability, leveraging a dedicated herd of human antibody producing cattle, to be readily available should an outbreak occur. When needed, the Tc Bovine could be utilized to quickly develop, test, manufacture product and submit to regulators in order to halt the outbreak and help save lives. Targeted human polyclonal immunoglobulins produced in the platform would allow for new solutions and provide an approach that is quickly scalable to be an effective global response.

The WHO sought to identify the most promising R&D platform technologies to combat their priority pathogens including Ebola and MERS, as well as other diseases with epidemic potential such as Zika and Dengue, through a multi-step evaluation process.

“Two key benefits of our unique technology platform are its ability to respond rapidly and produce potent fully-human antibodies to a wide variety of disease targets, including viruses, bacteria, and toxins, in significant quantities,” said Eddie Sullivan, Ph.D., SAB Biotherapeutics president and CEO. “In addition, we have sought to focus our efforts on pathogens including those of priority to the WHO, and have completed several successful studies targeting those potential epidemic threats.”

Proposals were evaluated by an  ad hoc Advisory Group (AG) comprising world-renowned experts from medical, scientific and regulatory backgrounds–on their ability to develop and manufacture solutions for clinical trials, in months rather than years, against a variety of infectious disease threats. Other criteria included a favorable benefit-risk profile, scalability, ability to produce sufficient quantities, deliver to low- and middle-income countries (LMICs) and affordability.

The nearly yearlong evaluation included two technical workshops held in Geneva, Switzerland in April and July 2016, where the second showcased the six most “meritorious” proposals for presentation to interested WHO Member States and relevant funders that are also named in the report.

“On behalf of the Biotechnology Innovation Organization (BIO), we congratulate SAB Biotherapeutics for this significant designation by the World Health Organization (WHO),” said Jim Greenwood, BIO President and CEO. “Continued investment in research & development is critical to prevent and combat epidemics. SAB’s immunotherapy platform is just one example of how cutting-edge technologies can lead to life-saving solutions.”

“The best way to respond to an outbreak is to prepare before it happens,” added Sullivan. “With this global recognition, we are now seeking funding so these plans can be activated and the technologies are ready–during an epidemic threat–when we need them most.”

The World Health Organization (WHO) is a specialized global agency whose primary role is to direct and coordinate international health within the United Nations system. It was established on 7 April 1948 and is headquartered in Geneva, Switzerland.