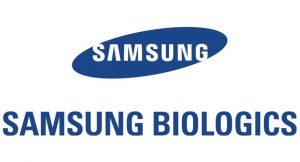 Samsung Biologics Co Ltd, a contract manufacturer of biotech drugs for global pharmaceutical firms, has announced it’s intention to begin an IPO this year, which analysts have estimated as being worth as much as $2.6 billion.

The IPO is aimed to help fund an ambitious expansion in production capacity, launching Samsung Biologics as the world’s largest contract manufacturer. It plans to choose advisers for the offering in May.

Founded in 2011, Samsung Biologics has the third-largest capacity among global contract manufacturers and counts Roche Holding AG (ROG.S) and Bristol-Myers Squibb Co (BMY.N) among its clients.

Analysts have estimated the company’s potential market value at 10 trillion won ($8.7 billion) or more, and the offering size at around 2-3 trillion won.

Biotech drugs, which are complex molecules generated by living cells, accounted for seven of the world’s ten best-selling drugs in 2015.

The global market for biotech drugs is expected to grow to $278 billion in 2020, up 52% from 2015 levels, according to data provider Evaluate Pharma, as aging populations in many countries fuel demand for medicine.

The company owns 91% of Samsung Bioepis Co Ltd, an unlisted developer of biosimilar drugs, or copies of biotech drugs.

Material from Reuters was used in this report.