Scientists from The Hebrew University of Jerusalem, Columbia University Medical Center (CUMC) and The New York Stem Cell Foundation Research Institute (NYSCF) have succeeded in generating a new type of embryonic stem cell that carries a single copy of the human genome, instead of the two copies typically found in normal stem cells. The scientists reported their findings today in the journal Nature.

The stem cells described in this paper are the first human cells that are known to be capable of cell division with just one copy of the parent cell’s genome.

Human cells are considered ‘diploid’ because they inherit two sets of chromosomes, 46 in total, 23 from the mother and 23 from the father. The only exceptions are reproductive (egg and sperm) cells, known as ‘haploid’ cells because they contain a single set of 23 chromosomes. These haploid cells cannot divide to make more eggs and sperm.

Previous efforts to generate embryonic stem cells using human egg cells had resulted in diploid stem cells. In this study, the scientists triggered unfertilized human egg cells into dividing. They then highlighted the DNA with a fluorescent dye and isolated the haploid stem cells, which were scattered among the more populous diploid cells.

The researchers showed that these haploid stem cells were pluripotent—meaning they were able to differentiate into many other cell types, including nerve, heart, and pancreatic cells—while retaining a single set of chromosomes.

“This study has given us a new type of human stem cell that will have an important impact on human genetic and medical research,” said Nissim Benvenisty, MD, PhD, Director of the Azrieli Center for Stem Cells and Genetic Research at the Hebrew University of Jerusalem and principal co-author of the study. “These cells will provide researchers with a novel tool for improving our understanding of human development, and the reasons why we reproduce sexually, instead of from a single parent.”

The researchers were also able to show that by virtue of having just a single copy of a gene to target, haploid human cells may constitute a powerful tool for genetic screens. Being able to affect single-copy genes in haploid human stem cells has the potential to facilitate genetic analysis in biomedical fields such as cancer research, precision and regenerative medicine. 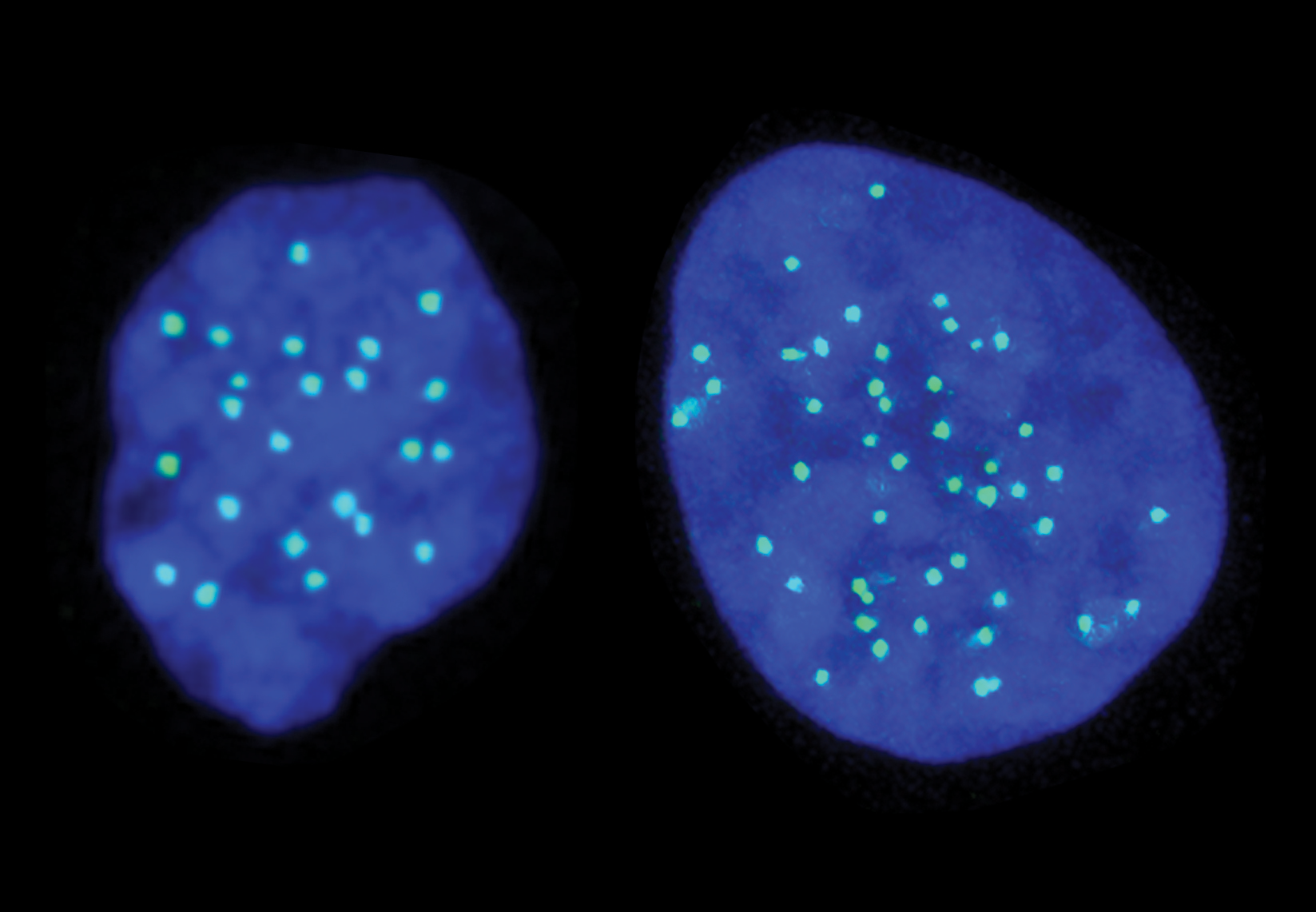 “One of the greatest advantages of using haploid human cells is that it is much easier to edit their genes,” explained Ido Sagi, the PhD student who led the research at the Azrieli Center for Stem Cells and Genetic Research at the Hebrew University of Jerusalem. In diploid cells, detecting the biological effects of a single-copy mutation is difficult, because the other copy is normal and serves as “backup.”

Since the stem cells described in this study were a genetic match to the egg cell donor, they could also be used to develop cell-based therapies for diseases such as blindness, diabetes, or other conditions in which genetically identical cells offer a therapeutic advantage. Because their genetic content is equivalent to germ cells, they might also be useful for reproductive purposes.

“This work is an outstanding example of how collaborations between different institutions, on different continents, can solve fundamental problems in biomedicine,” said Dieter Egli, PhD, principal co-author of the study, and Assistant Professor of Developmental Cell Biology in Pediatrics at Columbia University Medical Center and a Senior Research Fellow at the NYSCF Research Institute and a NYSCF-Robertson Investigator.