Researchers at the Georgia Institute of Technology have developed a targeted therapy for treating ovarian cancer using nanoparticles.

In a study published in the journal Scientific Reports, scientists used a minute gel pellet of nanohydrogel to carry a payload of RNA into ovarian cancer cells in mice. The study’s authors say the approach may help supplement existing treatment methods. 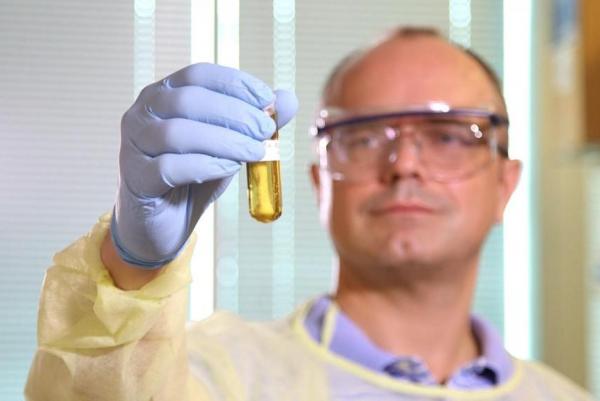 “The dramatic effect we see is the massive reduction or complete eradication of the tumor, when the ‘nanohydrogel’ treatment is given in combination with existing chemotherapy,” researcher John McDonald explained in a press release.

During trials using a mouse model, the nanohydrogel slowed ovarian cancer tumor growth, and made it less resistant to chemotherapy drugs. Scientists say their trick was using the therapeutic short interfering RNA, or siRNA, to target epidermal growth factor receptors, long proteins that are overproduced in aggressive cancers.

“In many cancers, EGFR is overexpressed,” McDonald explained. “The problem is that because of this overexpression, many cellular functions, including cell replication and resistance to certain chemotherapy drugs, are dramatically cranked up.”

When siRNA was carried into cancer cells, it bound to the cell’s RNA to stop it from working, effectively blocking all EGFR functions before chemotherapy drugs were administered. Scientists compared this approach with chemotherapy alone.

“The fact that the EGFR knockdown so dramatically sensitized the cells to standard chemotherapy came as a bit of a surprise,” McDonald continued. “When we gave the chemotherapy alone, the response was moderate, but with the addition of the nanoparticles, the tumor was either significantly reduced or completely gone.”

Georgia Tech researchers caution further work is needed to determine if their treatment method eradicates all traces of cancer cells, or if future recurrence is possible.