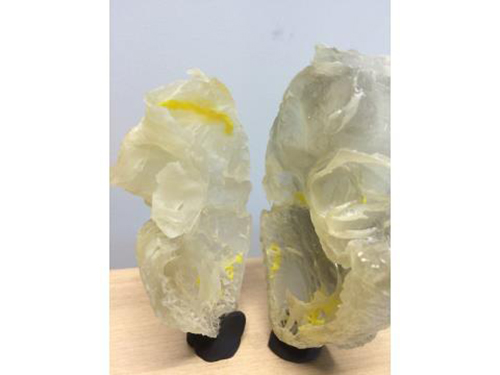 A team of scientists from Liverpool John Moores University (LJMU), The University of Manchester, Aarhus University and Newcastle University, have developed a way of producing 3D data to show the cardiac conduction system – the special cells that enable our hearts to beat – in unprecedented detail. The findings were published in Scientific Reports.

The new data in this study gives them a much more accurate framework than previously available for computer models of the heartbeat and should improve our ability to make sense of troublesome heart rhythms like atrial fibrillation that affects 1.4 million people in the UK. The data reveals exactly where the cardiac conduction system is in a normal heart. For example, it shows just how close it runs to the aortic valve.

Professor Jonathan Jarvis who is based at the LJMU School of Sport and Exercise Sciences explained: “The 3D data makes it much easier to understand the complex relationships between the cardiac conduction system and the rest of the heart. We also use the data to make 3D printed models that are really useful in our discussions with heart doctors, other researchers and patients with heart problems.

“New strategies to repair or replace the aortic valve must therefore make sure that they do not damage or compress this precious tissue. In future work we will be able to see where the cardiac conduction system runs in hearts that have not formed properly. This will help the surgeons who repair such hearts to design operations that have the least risk of damaging the cardiac conduction system.”

Co-author Dr Halina Dobrzynski, who is based in The University of Manchester’s Cardiovascular Division, has been working on the anatomy of the cardiac conduction system for 20 years. She says: “This is just the beginning. The British Heart Foundation is supporting my group to visualise this system in 3D from aged and failing hearts. With my research assistant Andrew Atkinson and working with Professor Jonathan Jarvis, Robert Stephenson and others, we will produce families of data from aged and failing hearts in 3D.”

Soaking post-mortem samples in a solution of iodine, means soft tissue such as the heart can absorb X-rays and become visible.

With modern X ray scanners, scientists can make detailed 3D images. In the best images, they can even see the boundaries between single heart cells, and detect in which direction they are arranged. Within the heart, there is a special network called the cardiac conduction system that generates and distributes a wave of electrical activity stimulating the heart muscle to contract. This system makes sure that the various parts of the heart contract regularly and in a coordinated way, a bit like a team of rowers in a boat race. If the system is damaged, and one part of the heart contracts out of time with the rest, then the heart does not pump so efficiently.