Placement of a single covered, self-expanding metallic stent (cSEMS) via endoscopic retrograde cholangiopancreatography (ERCP) resolved benign obstructions of the pancreatic and biliary ducts as well as placement of multiple plastic stents, the current standard of care, and required fewer ERCP sessions, according to the results of a randomized controlled trial reported in the March 22, 2016 issue of the Journal of the American Medical Association. 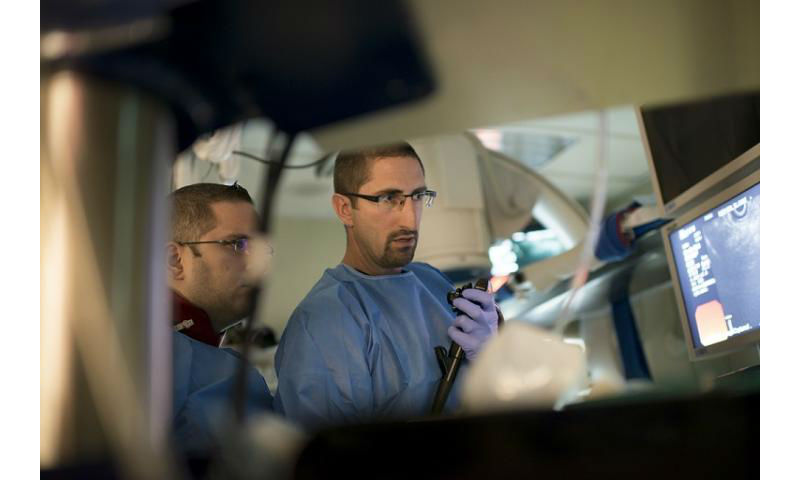 “For appropriately selected patients who are presenting the first time with a blockage, many endoscopists will change their strategy and use these newer stents, in an effort to reduce the total procedures that are required,” says Coté.

For now, the use of cSEMS in benign biliary strictures would be off-label, as they have been approved by the U.S. Food and Drug Administration only for the treatment of malignant pancreatobiliary strictures, such as those which develop in the setting of unresectable pancreatic cancer.

Left untreated, benign biliary strictures can lead to jaundice, cholangitis (i.e., infection of the bile duct), and secondary biliary cirrhosis. Benign strictures most often occur after liver transplantation and gallbladder surgery or as a result of chronic pancreatitis. ERCP is preferred to surgery in these patients because it is less invasive.

ERCP is an endoscopic procedure in which a camera is introduced through the mouth and advanced first to the proximal duodenum and then, using endoscopy and fluoroscopy, into the pancreatic and bile ducts. Although highly effective, three to four ERCP sessions are typically required to fully stretch the blockage and minimize the chance of recurrence once the stents are removed. 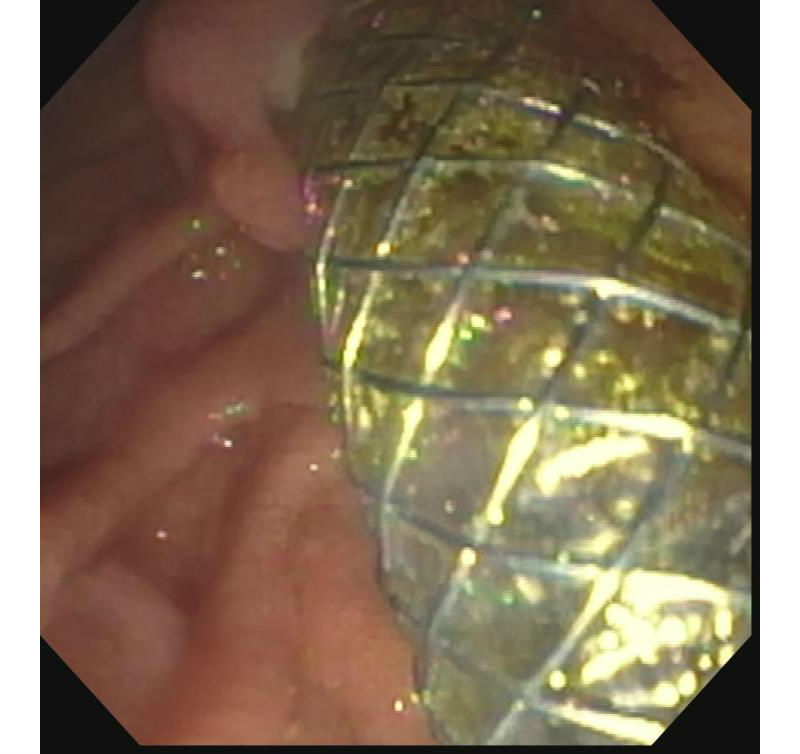 Because ERCP is not without its risks–complications include pancreatitis, infections, bowel perforation, and bleeding–minimizing the number of sessions needed to successfully treat the stricture benefits patients. Coté designed the trial to determine whether using the larger cSEMS could successfully treat benign strictures with fewer ERCP sessions. cSEMS are coated to prevent in-growth of tumor or other tissue and to facilitate removal.

The primary endpoint of the trial, which enrolled 112 patients, was the rate of benign stricture resolution after no more than 12 months of stenting. cSEMS were found to be noninferior to plastic stents for achieving stricture resolution and they did so more quickly (181 vs. 225 days) and with fewer ERCP sessions (2.14 vs. 3.24). It should be noted that the study had careful enrollment criteria; patients with small (<6 mm) bile ducts and those with intact gall bladders were excluded. “We were careful not to cross the gall bladder insertion into the bile duct in patients who still have their gall bladder because you don’t want to block the gall bladder and potentially create a new problem,” says Coté.

The procedure can be performed by anyone proficient in ERCP but best results will likely be seen when it is performed by a high-volume provider (2-3 ERCPs per week) who is comfortable placing and removing cSEMS.

“We can’t universally change practice based on these findings, but, in appropriately selected patients with benign pancreatobiliary strictures, deployment of cSEMS via ERCP should be first-line treatment,” says Coté.