The Virtual Soldier Research Program at the University of Iowa has been awarded a $2.6 million grant from the Office of Naval Research to create a simulation program to predict and prevent musculoskeletal injuries in U.S. Marines–one of the leading medical problems impeding military readiness.

Using the UI’s virtual human male and female models, Santos and Sophia, the researchers will develop software allowing the Marines to use an individual soldier’s characteristics–such as height, weight, strength, and aerobic capacity–to complete virtual simulations in different training environments. The program then will accurately predict injuries and recommend training modifications based on the individual soldier and activity. 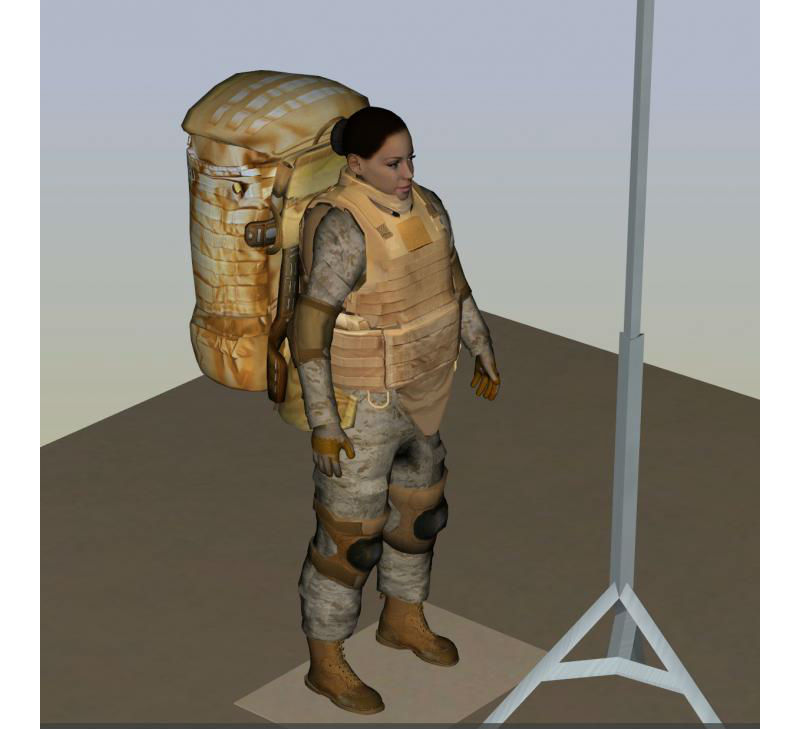 The UI’s virtual humans’ can be customized to wear different kinds of military clothing and gear. (Credit: Karim Abdel-Malek lab, University of Iowa)

“Typically, you would have to test hundreds of Marines to get that kind of data,” says Kevin Kregel, UI professor of human physiology and co-principal investigator on the project. “Using our innovative approach, we can do the modeling and predictions by testing a lot fewer human subjects.”

Santos and Sophia are part of the UI’s Virtual Soldier Research Program, established in 2003 by Karim Abdel-Malek, professor of biomedical and mechanical engineering and principal investigator on the project.

Since the program’s inception, Santos and Sophia have attracted partnerships with U.S. military and private industry, generating $38 million in external research funding for the UI.

“Being at the University of Iowa is wonderful because we have an amazing pool of talent and very high ethics of work,” Abdel-Malek says. “Our history of partnering with the U.S. military is evidence that they trust our work and continue to build upon the Santos capabilities.”

The Virtual Soldier Research team for this project includes Abdel-Malek; Kregel; Jasbir Arora, professor of civil, environmental and mechanical engineering; Rajan Bhatt, associate director of the program; and Landon Evans, assistant strength and conditioning coach for UI Olympic Sports and adjunct lecturer in physiology. For the first time, this interdisciplinary group will give Santos and Sophia new capabilities in strength and conditioning, such as the ability to grow stronger over time or to experience less muscle weakness with sustained activity. 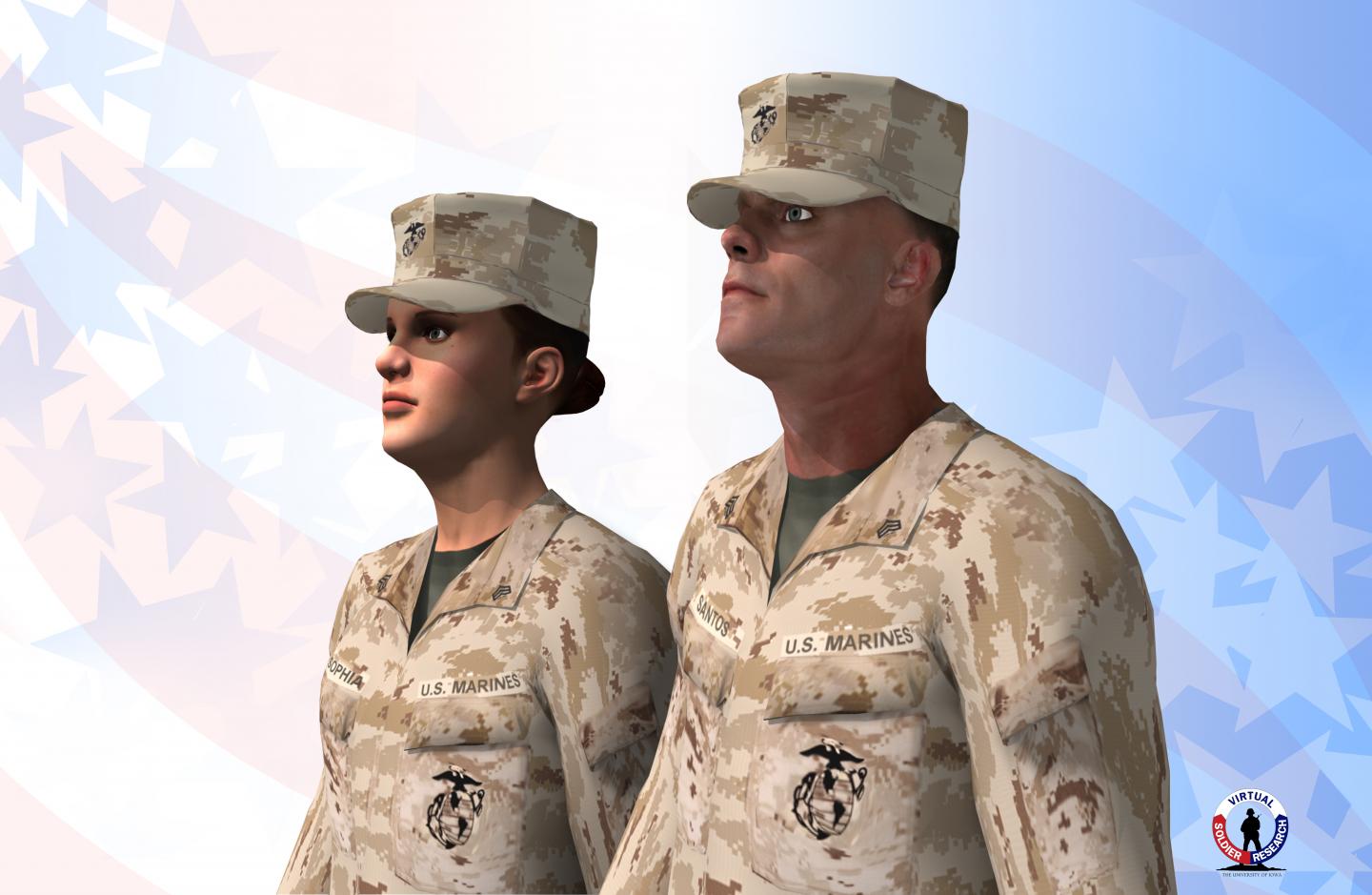 The UI’s virtual humans, Sophia and Santos, can be customized with an individual person’s characteristics, such as height, weight, strength, and aerobic capacity. (Credit: Karim Abdel-Malek lab, University of Iowa)

“With these individualized simulations, the soldiers can become more resilient because we know that if they can mitigate themselves against the risk factors of training, the likelihood of reducing injuries increases,” Evans says.

In addition, researchers predict soldiers who are injured fewer times during their service would be less likely to suffer from musculoskeletal disorders later in life, a leading cause of health problems in veterans.

The UI findings could also have broader implications beyond the military.

And Evans says the UI athletics department is keeping a close eye on the project for its potential use among student athletes, who could benefit from the customized training recommendations and insight.

How Johnson & Johnson’s DePuy Synthes is shifting toward digital