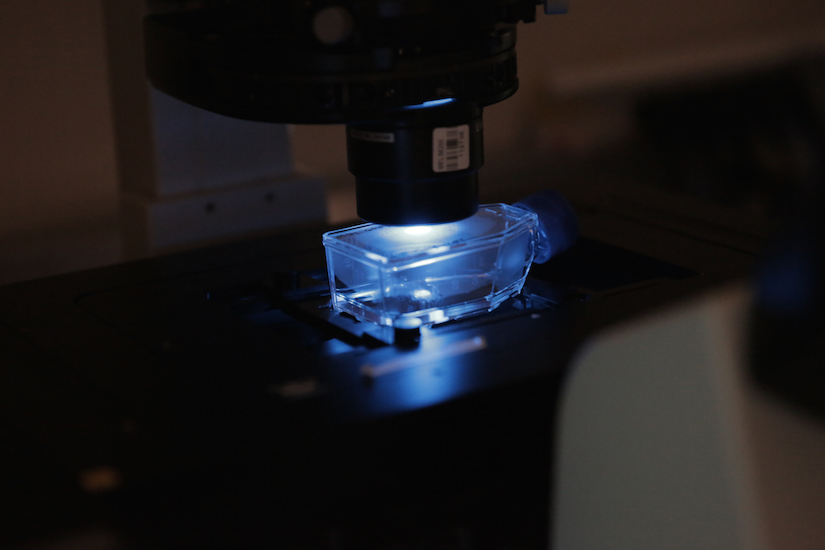 University of Wisconsin–Madison engineers are manufacturing highly personalized cancer treatments that take advantage of a patient’s own cells to attack tumors.

These so-called chimeric antigen receptor (CAR) T-cell therapies have already shown tremendous potential in treating blood-based cancers such as leukemia. Now, with support from a two-year grant from the National Science Foundation, researchers are investigating ways to make these cutting-edge therapies more versatile and practical.

“It’s really exciting to work in the CAR T-cell research space,” says Krishanu Saha, an assistant professor of biomedical engineering at UW–Madison. “It’s research that is close to the clinic.”

Working with colleague David Beebe, another UW–Madison professor of biomedical engineering, and Christian Capitini, an assistant professor of pediatrics at UW–Madison, Saha aims to develop improved methods for making CAR T-cells, and to test their efficacy against a broad array of tumor types.

“This is a really good use of the engineering talent on campus in partnership with the excellent clinicians here at UW–Madison,” Saha says.

Unlike traditional cancer treatments like radiation and chemotherapy, which indiscriminately poison all rapidly-dividing cells inside a patient — and in the process can cause a whole host of devastating side effects — CAR T-cell treatments use genetic engineering to improve on the body’s own defense mechanisms and specifically eliminate cancer.

T-cells are the body’s targeted killers. They seek out and destroy potential threats such as invading bacteria or virus-infected tissue. T-cells have features on their surfaces called receptors that recognize their targets.

Recently, scientists figured out a way to isolate T-cells from patients and add special artificial receptors to those cells in order to reeducate the microscopic assassins. Those engineered cells, now bearing a so-called “chimeric antigen receptor” (CAR) on their surfaces, attack cancer with startling efficiency when reintroduced to patients’ bodies.

Early clinical trials involving CAR T-cells have shown tremendous promise. In one test the therapy eliminated all traces of leukemia from 90 percent of patients.

Despite these early successes, some aspects of CAR T-cell treatments remain challenging.

Because T-cells don’t grow very well outside a patient’s body, biomedical engineers have a limited window of time to work with the samples and make the necessary modifications. Additionally, most strategies to add the chimeric antigen to the cells rely on viruses, which sometimes causes additional, unexpected changes.

“We’re trying to attack the problem of manufacturing T-cells in a process that is easy to control, understand, and scale up in a clinical setting,” says Saha. “Our approach uses perhaps a more controlled way of inserting the CAR.”

Their approach relies on CRISPR, a genetic engineering technique that allows researchers to precisely rewrite genomes with relative ease. Saha is rapidly becoming a leader in the technology, with several ongoing projects to uncover deeper understanding of how CRISPR makes changes inside human cells.

In addition to improving the production of CAR T-cells, the researchers, who are affiliated with the University of Wisconsin Carbone Cancer Center, plan to make the promising therapy applicable to a broader array of cancers. Currently, CAR T-cells have been shown to treat blood-based cancers very effectively, but clinicians have seen little success applying the therapies to solid tumors.

During the next two years, Saha will first identify promising CAR T-cell therapies for solid cancer cell lines growing in glass dishes, then develop animal models — a first step in developing any new treatment for human patients. Based on early successes, however, the potential for these types of treatments seems almost limitless.

“To me this is the tip of the iceberg for how synthetic biology will penetrate in the human body,” says Saha.