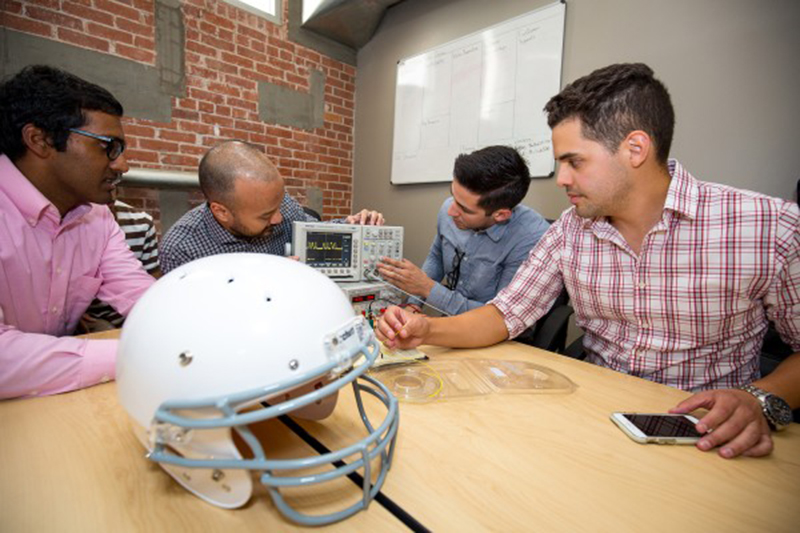 The helmet’s sensors will measure rotational acceleration, linear force or acceleration, duration of impact and location of impact. All of these will factor into a full medical assessment that will be created with the help of information accrued through the helmet.

Using the helmet, the students look for students of all ages to be taken off the field immediately after being hit, instead of continuing on in the game.

There’s been enough interest generated in the helmet to land the team a spot as semi-finalists in the Space Race, which is an international competition hosted by NASA and the Center for Advancing Innovation (CAI).

The students are hoping to sell the helmet in athletic stores or straight to athletic programs under the name Minus Tau, partially named after the protein that forms in the brain when someone experiences any kind of brain damage, including concussions.