Look into one’s eye and you might be able to see their soul. Or at least you can see signs of a stroke or diabetes. By looking at the blood vessels in the eyes, doctors can tell a lot about a person’s health. This can be done using fundus photography, which has been around for almost two centuries and is the standard imaging tool used by ophthalmologists. However, for many, especially the poor, traveling to a clinic is not practical. Researchers at the Nara Institute of Science and Technology (NAIST), in partnership with scientists at the University of Tokyo, have devised a new fundus camera small enough to fit on a smartphone that could get around this problem. The study was described at the 2018 Symposia on VLSI Technology and Circuits this month.

NAIST Professor Jun Ohta is researching the interface of photonic materials and biomedical treatments for the eye.

“We study photonic devices for biomedical uses. One of our goals is retinal prosthesis to restore vision. We work on highly sensitive imaging sensors for diagnostics of the eye,” he said. 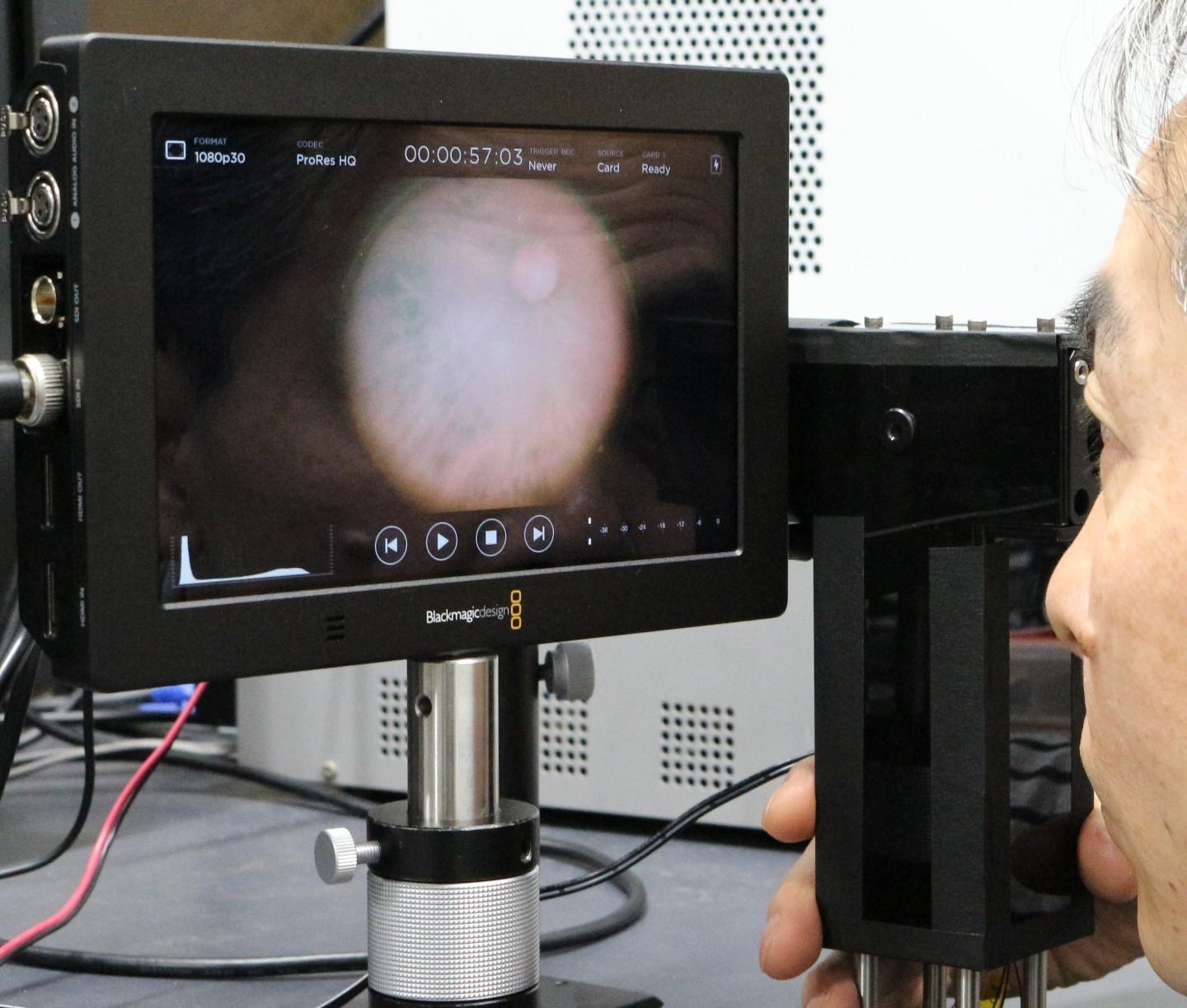 When taking a photo of the fundus, the camera must align itself with the path of light that travels through the retina to the back of the eye. The eye, however, makes regular and rapid movements, constantly changing this path. To resolve this problem, the new camera described at the symposium achieves 1000 images/s.

Another challenge when imaging the fundus is the wavelengths of light detected by the camera. To take a clear fundus image, a strong flush light must be introduced inside an eye through a pupil because it is completely dark inside the eye.

For this second problem, the researchers modified CMOS cameras. The cameras use microelectronics technology to acquire color images by using three kinds of invisible light or near infrared light. The new module was developed on a miniaturized sensor and incorporates three near infrared filters. These filters acquire three signals that can be given a red, green and blue value to generate a color photograph of the eye while using near infrared light that is not sensed.

Importantly, at 2.3 mm2 in size, the module is small enough to be mounted on a smartphone without compromising the power necessary for capturing highly detailed images with which a user can take a fundus image by him/herself. Ohta imagines a future where patients can be diagnosed with nothing more than the phone in their pocket.

“People may be able to take a picture of their eye by themselves and know the status of their health from the fundus image. This could open the door for a personal healthcare system using fundus images. In addition, they could send it to a doctor over the internet. For people in countries like Japan perhaps, visiting an ophthalmologist is not difficult. However, in many countries, it is a real privilege. I want to see our technology improve people’s health globally,” he said.