Personally, I think the Maker movement is awesome. It hasn’t quite gotten there yet, but I believe once it gains ground (more than it already has) it’s going to completely change the way we think about product design and manufacturing. Large-scale manufacturing will still exist, of course, but small scale DIY projects responding quickly to specific needs are becoming quite popular.

One of the coolest things about the Maker approach to manufacturing—besides using a 3D printer to churn out components in the comfort of your own home—is that it might be able to solve a problem that doesn’t (at the time, at least) have a viable solution in place.

Take, for example, the seven year old French bulldog Anne Murray. Poor Anne unfortunately has some trouble walking, making it very difficult to live the typical dog lifestyle of chasing squirrels and fetching things. I for one take the health of a four-legged friend very seriously (sometimes more seriously than my own health) so my heart went out to Anne.

Apparently, so did the heart of Canadian digital media artist Rickee, who designed a chair called FiGo for Anna using roller blade wheels, standard skate bearings, screws, acrylic tubing, straps and most importantly, 3D printed joint pieces. The design and instructions for assembly are publicly available on Thingiverse, so anyone can build it! 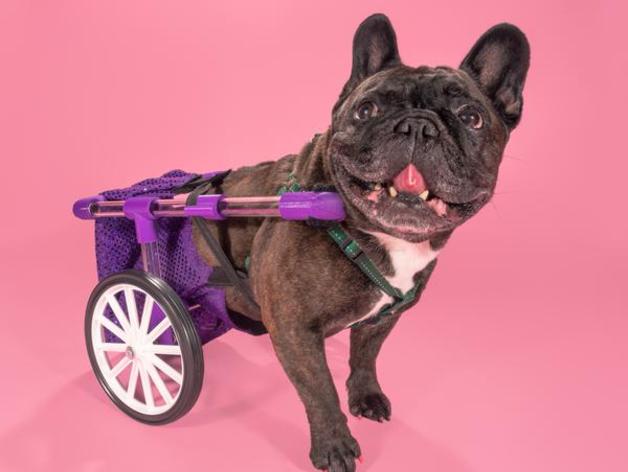 Anne Murray in her custom-made wheelchair (All images credit: Rickee via Thingiverse)

The wheelchair design isn’t limited to French bulldogs, either. Rickee mentions on the Thingiverse entry that in designing the wheelchair “The length of each tube will depend on your dog’s width and height,” intending for the design to be carried over to larger or smaller dogs.

The Maker spirit is truly embodied in the fact that Rickee chose material that anyone could buy from a hardware or sporting goods store. The wheelchair is currently on its second prototype, using more geometric 3D printed connectors that are easier to print. The designs were all made on OpenSCAD and the plans for an adjustable design will soon be made public. 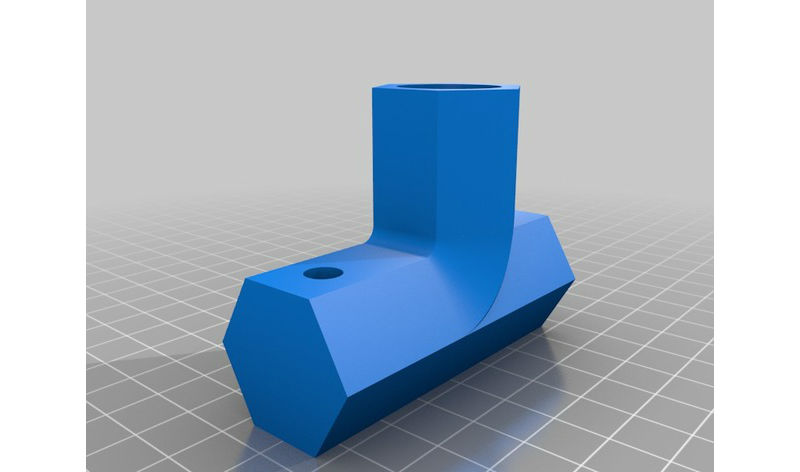 ‘Thingiview’ rendering of one of the 3D-printed components

While I definitely think it’s great that someone is going out of their way to make a dog wheelchair—especially because I love dogs more than most people—I’m more excited about the DIY problem-solving spirit this type of project embodies. Sure, Rickee might go on to turn on a profit on the dog wheelchair. That doesn’t seem to be the intent here, though, considering Rickee has already made the plans for the French bulldog-specific design open-source, and will soon do the same for dogs of all sizes. 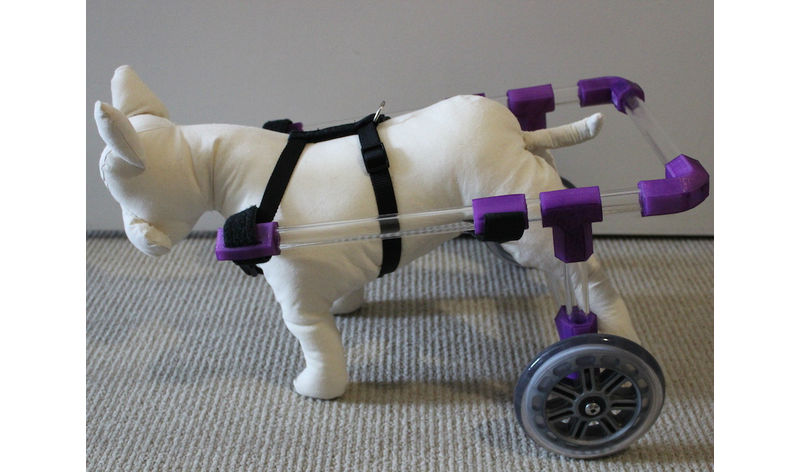 The Maker spirit doesn’t translate to medical design all that easily because of regulatory concerns, and the general nature of medical devices. You can’t just 3D print an implantable and start selling it—the FDA tends to quarrel with people over that. But that doesn’t mean DIY projects don’t exist in medical, there are definitely some shining examples of that (some of which I’ve heard about first hand!)

Apologies for waxing philosophical, but Making seems to me to be more about solving the problem that profiting from it. Sometimes that’s the only way problems like poor Anne Murray’s are solved. And at its heart, designing medical devices is about solving health problems. So let’s get the Makers on board—provided they’re prepared for dealing with the FDA—to solve health problems of all kinds, human or otherwise!