The young adults were participating in a clinical trial of the whole-body vibration training by the Liggins Institute at the University of Auckland. A paper about the study is now published online in Scientific Reports, a journal from the Nature Publishing Group.

In the trial, 40 young people with cerebral palsy, aged 11 to 20, stood on a specially designed vibration plate for nine minutes a day, four times a week. After 20 weeks of training, researchers found multiple benefits. 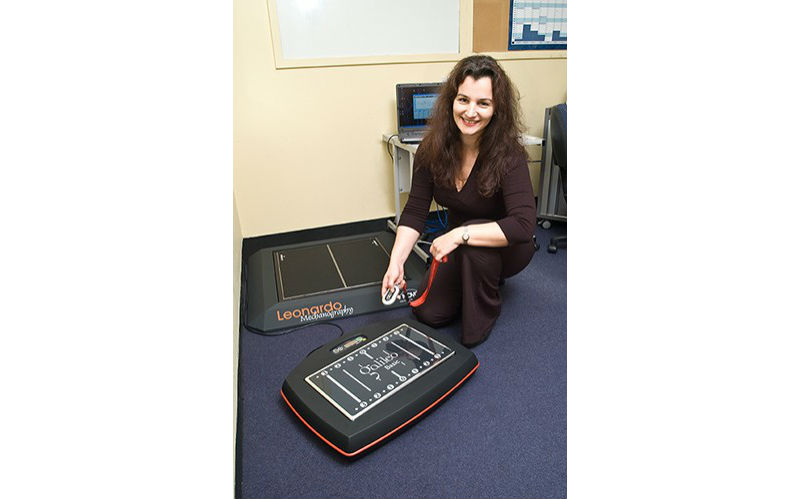 “We expected them to increase their bone mass and muscle mass, which is what happened. What we didn’t expect was that their day-to-day functioning would also improve.

“Some kids were walking 30 percent further in a 6-minute walk test – that might not sound much for us, but being able to walk an extra 100m is huge for them. The feedback from parents and caregivers about the changes they were noticing was especially encouraging: improved mood, greater maneuverability and fewer falls. In a group with troublesome constipation vibration therapy was also unexpectedly beneficial.

“Parents and physios saw not only physical but also emotional changes. Confidence improved: kids who used to walk around holding onto rails are now walking around the school with their chins up.”

Cerebral palsy, a group of movement disorders, is the most common cause of physical disability in childhood. It affects 2 in 1000 children, and usually appears at birth or in early infancy. It’s caused by abnormal development or damage to parts of the brain that control movement, balance and posture. Children with the disorders have impaired muscle function and reduced muscle and bone mass. Muscles that normally work in complementary action will simultaneously go into spasm, making movement difficult, and over time the muscles waste. About half of children have a higher-than-normal risk of bone fractures, partly because their muscles aren’t pulling on their bones in the normal way to promote healthy bone development.

Until now, treatments to relieve the disorders’ effects have been fairly limited: injection of botox, surgery, passive stretching by physiotherapists and injection of bisphosphonates to increase bone density.

Previous, small-scale studies had indicated that Whole Body Vibration Training (WBVT) offered benefits for young people with cerebral palsy. This trial, the biggest and most rigorous to date, confirms and elaborates on the benefits.

The trial used a vibration plate that has been specially developed and tested for physical therapy. Patients stand on it barefoot, holding onto its metal frame for support if necessary. Its see-saw movement stimulates a pattern similar to walking. This is thought to improve communication between the muscles and spine, thereby aiding balance and coordination.

Gusso and her team at the Liggins Institute are now conducting follow-up trials to ascertain the best training regime for optimal, ongoing gains, and to investigate potential benefits for people with more severe cerebral palsy, and people with other disorders.

The researchers hope WBVT will be introduced into all physical therapy sites across the country.

Said Gusso: “It’s something simple that can help a lot of kids.”