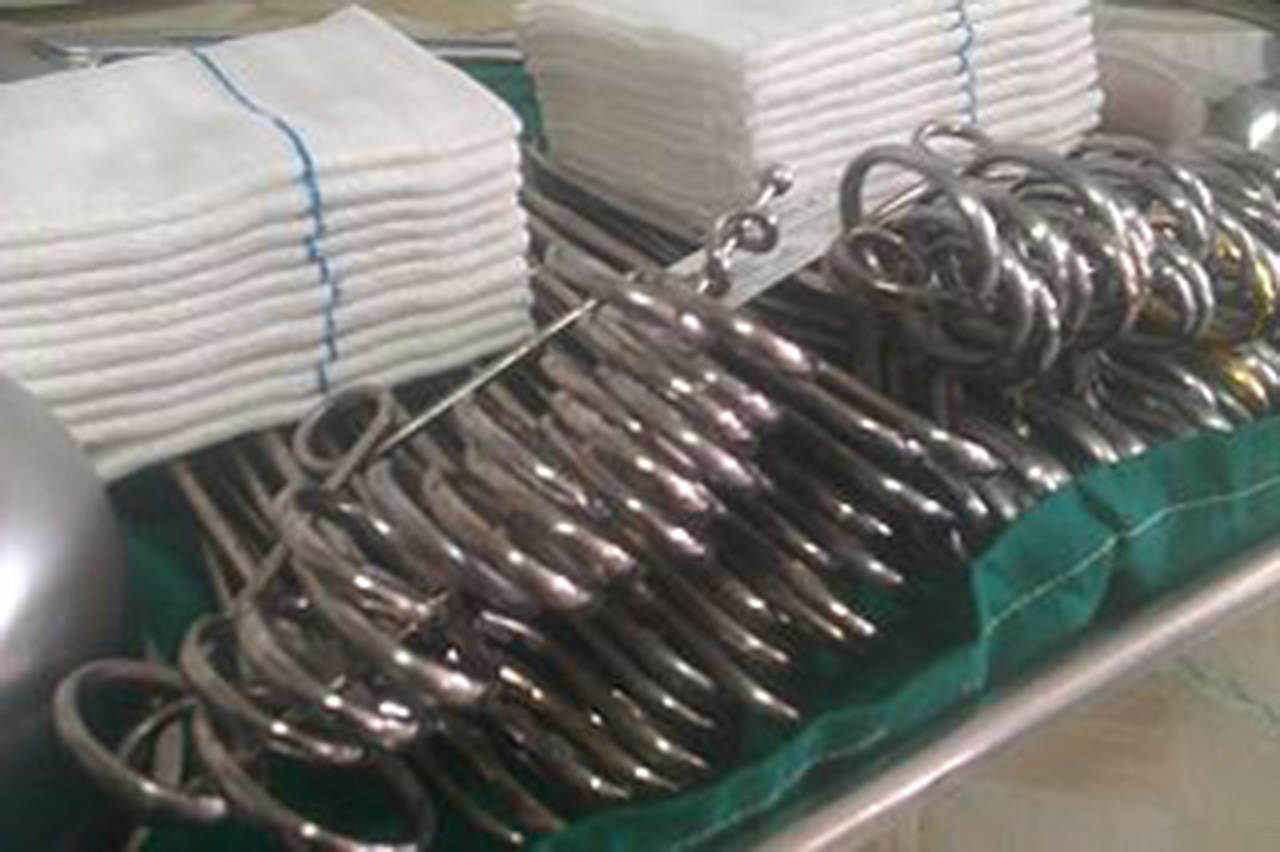 According to a new study, 87 percent of tested sterilized rigid containers – used in the sterilization of surgical instruments – allowed ingress of aerosolized bacteria under the test conditions used. This study calls into question the assumption that rigid containers, regardless of duration of use, can maintain the sterility of their contents post-sterilization.

According to a study, funded by Halyard Health (formerly Kimberly-Clark Health Care), published in the December print publication of the American Journal of Infection Control (AJIC), 87 percent of tested sterilized rigid containers – used in the sterilization of surgical instruments – allowed ingress of aerosolized bacteria under the test conditions used. This study calls into question the assumption that rigid containers, regardless of duration of use, can maintain the sterility of their contents post-sterilization.

Approximately 300,000 surgical site infections (SSIs) occur annually in U.S. hospitals, resulting in an estimated 9,000 attributable deaths. [ii-iv] Maintaining a sterile environment in the operating room (OR) is essential for SSI prevention and may be achieved through the use of sterile packaging systems (SPS). SPS are designed to protect surgical instruments post-sterilization until use in the OR. The two primary types of SPS include rigid containers and sterilization wrap. Rigid containers are reusable and come in a variety of materials (various metals, aluminum and polymers) and sizes, while single-use sterilization wrap is often composed of polypropylene.

The 2015 research follows a 2006 study published in AJIC, conducted by Dr. Hartmut Dunkelburg and Friederike Fleitmann-Glende, MS, from the Medical Institute of General Hygiene and Environmental Health, University of Goettingen in Germany. Much like the 2015 study, it also explored the ability of SPSs to prevent bacterial ingress. It was conducted by providing a bioaerosol challenge to 216 sterilization containers of four central sterile supply departments of different hospitals in Germany. It found that nine out of 11 containers with paper filters and 70 out of 79 containers with textile filters failed to maintain barrier performance under the test conditions used.

The study was conducted using a custom aerosol chamber that was designed and built by ARA.  111 rigid containers of various durations of use (unused, <5 years, 5-9 years), and 161 wrapped trays were evaluated using three grades of sterilization wrap. SPSs were sterilized and then challenged with ~102 colony-forming units per liter of air of a Micrococcus luteus aerosol with a count median diameter particle size of ~1 micrometer, while simultaneously experiencing air volume exchanges due to vacuum cycles – two 1-pound-per-square-inch (psi) cycles, three 0.7-psi cycles, and three 0.4-psi cycles. These vacuum cycles were used to simulate air exchange events which occur during the sterilization, transportation, and storage of sterilized instrument sets in healthcare facilities.