The MultiPoint Pacing technology with the SyncAV CRT software algorithm is designed to address and effectively treat heart failure patients who are not responsive to other pacing options. The SyncAV technology, which automatically adjusts pacing based on real-time changes in a patient’s cardiac condition, also provides physicians the opportunity to further improve treatment of patients who have responded positively to traditional CRT.

In addition to the approval of SyncAV CRT software, the company has also received CE Mark approval for the Quadra Assura MP CRT-Defibrillator (CRT-D) with full-body magnetic resonance (MR) labeling. With the updated labeling, patients will have unrestricted access to MRI diagnostic testing. 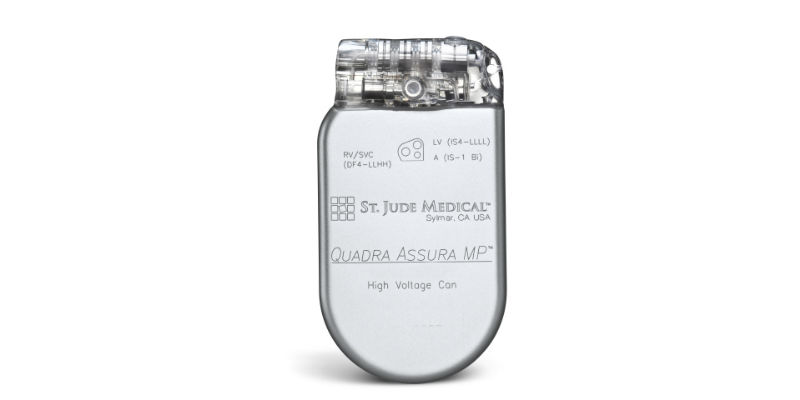 For patients suffering from heart failure, CRT technology resynchronizes the lower chambers (ventricles) of the heart by sending uniquely programmed electrical impulses to stimulate each ventricle to beat in sync to offer the best cardiac performance. Approximately  23 million  people worldwide are afflicted with congestive heart failure.

While studies have shown that CRT can improve the quality of life for many patients with heart failure, some patients do not respond optimally to traditional CRT, leaving physicians with limited options to improve their clinical outcomes. The latest heart failure offerings will provide physicians and patients additional options that can help maximize the therapeutic effects of CRT.

CRT includes a lead placed on the lower left chamber of the heart (ventricle). The left ventricle pumps oxygenated blood from the heart out to the rest of the body. MultiPoint Pacing technology is designed to deliver independent electrical pulses to multiple locations on the lead to make the heart’s lower chambers pump in a more coordinated way to mirror the natural contractions of a healthy heart.

More than 65 abstracts and publications demonstrate that this increases the number of patients who benefit from this type of therapy (CRT), including one presented at the American College of Cardiology (ACC) 2016 meeting in Chicago, which demonstrated a 90 percent responder rate for patients at one year follow-up, according to the company.