Che Connon, Professor of Tissue Engineering at Newcastle University explains: “The stem cells are surrounded by an alginate gel which protects them from the environment — a bit like frogspawn. We found them unchanged even after three days at room temperature.

“This has lots of advantages and applications. For example, we have used them to make a bandage which contains human stem cells which could be applied to a wound such as an ulcer or burn to speed up the healing process.”

Stem Cells for Healing
There is much scientific evidence showing stem cells from fatty tissue (adipose-derived mesenchymal stem cells) can be used to improve wound healing by reducing inflammation and speeding up wound closure. However, until now the problem has been that these stem cells have had to be stored and handled by experts under specialized conditions — limiting their practical use. 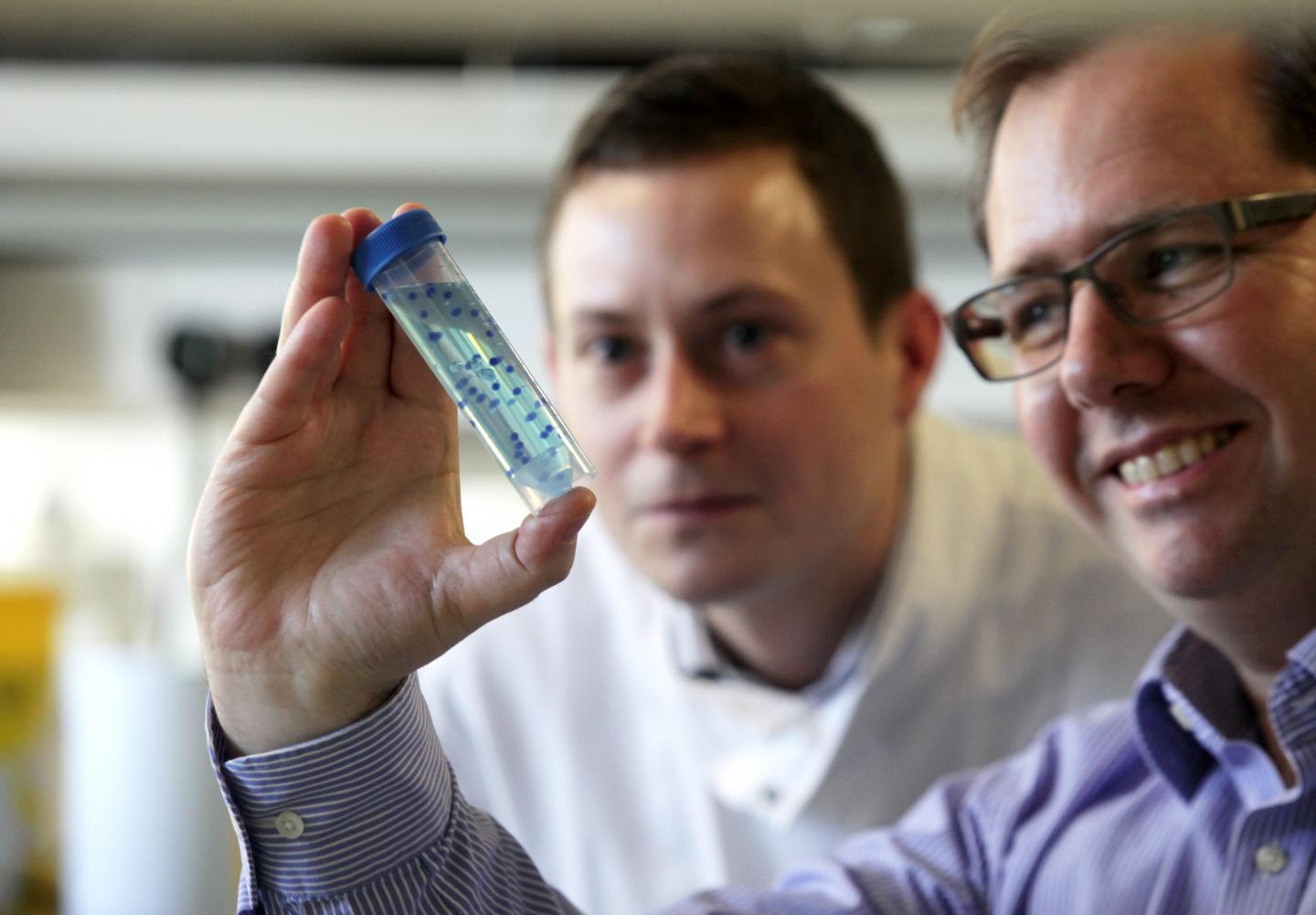 Rather than keeping them at 37 degrees Celsius, in atmospheric oxygen and 5% carbon dioxide, encasing the stem cells in an alginate gel is shown in the academic paper to prolong their life for up to three days at ambient temperatures. This offers an effective and simple solution to many of the challenges of transporting cell cultures.

Alginate is a natural material extracted from seaweed that is used in cosmetics, food manufacturing and more recently in healthcare. Alginate on its own without stem cells is used in wound dressings to keep burns moist. The study found that after three days at a range of temperatures (between 4 and 21 degrees C) up to 90% of the stem cells were still viable and available for healing. Medically, 70% viability is considered acceptable.

The team think that the alginate encapsulation offers a degree of protection from the environment. They also believe it may be acting like a corset, preventing the stem cell from expanding and being destroyed, a process known as lysing — which would normally occur within a day when unprotected cells are stored in their liquid state.

Stem Cell Encapsulation Method
Using the alginate solution the Newcastle University team have been able to develop stem cell beads and also a gel which can be put into a mold to form a jelly pad or film.

Dr. Stephen Swioklo describes the process: “The stem cells are grown from the standard frozen form and then mixed into the alginate solution. This is extracted from a type of brown algae, a seaweed commonly used in food and medical applications.

“This can either be dropped into a vial of calcium chloride which forms cross-links making the alginate set, forming tiny beads. Or the gel can be placed into a mold to form a film which sets in a couple of minutes. We have used this to make plasters and bandages.

“One circular disc just an inch diameter was demonstrated in our study to effectively preserve a million stem cells and could easily contain up to 10 million.”