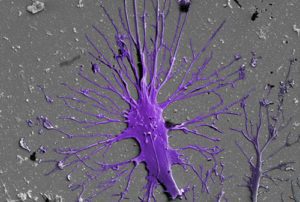 The glomerulus is a structure that has podocyte cells that tightly wrap around capillaries. The cells and the capillaries are separated by a thin membrane of extracellular matrix and between them, a filtration barrier is built.

Creating a glomerulus in vitro can help scientists study the structure’s function more closely as well as test its vulnerabilities to disease and drug toxicities. So far, researchers have ben successful in forming functional podocytes, but mature podocytes aren’t pure enough to model the glomerular filtration.

Donald Ingber and his team at Harvard’s Wyss Institute for Biologically Inspired Engineering found a solution to making pure mature podocytes, which involved the differentiation of human induced pluripotent stem (iPS) cells into mature podocytes with more than 90% efficiency.

“The development of a functional human kidney glomerulus chip opens up an entire new experimental path to investigate kidney biology, carry out highly personalized modeling of kidney diseases and drug toxicities, and the stem cell-derived kidney podocytes we developed could even offer a new injectable cell therapy approach for regenerative medicine in patients with life-threatening glomerulopathies in the future,” said Ingber in a press release.

Organs-on-chips are a fairly new concept and the FDA is currently testing the science behind the technology.

Pieces of stem cells were merged with other cells from Ingber’s past research to create an almost pure population of human podocytes in cell culture.

“Our method not only uses soluble factors that guide kidney development in the embryo but, by growing and differentiating stem cells on extracellular matrix components that are also contained in the membrane separating the glomerular blood and urinary systems, we more closely mimic the natural environment in which podocytes are induced and mature,” said Samira Musah, the study’s first author and HMS Dean’s Postdoctoral Fellow. “We even succeeded in inducing much of this differentiation process within a channel of the microfluidic chip, where by applying cyclical motions that mimic the rhythmic deformations living glomeruli experience due to pressure pulses generated by each heartbeat, we achieve even greater maturation efficiencies.”

The living structure has an optically clear, flexible, polymeric material that is about the size of a computer memory chip. Two closely opposed microchannels are separated by porous, extracellular matrix-coated membrane that is consistent to the glomerular membrane in the kidney. In one channel, glomerular endothelial cells are grown to replicate blood microvessel compartments of glomeruli. Then, iPS cells are cultured on the other side of the membrane where they get induced to become a layer of mature podocytes that extend cellular processes through membrane pores to reach the endothelial cells.

The channels on the device are stretched and relaxed at a rate of one heartbeat per second with cyclic suction applied to hollow chambers on the sides of the cell-lined microchannels.

“This in vitro system allows us to effectively recapitulate the filtration of small substances contained in blood into the urinary compartment while retaining large proteins in the blood compartment just like in our bodies, and we can visualize and monitor the damage inflicted by drugs that cause breakdown of the filtration barrier in the kidney,” said Musah.

The study was funded by the Defense Advanced Research Projects Agency and was published online in the journal Nature Biomedical Engineering. 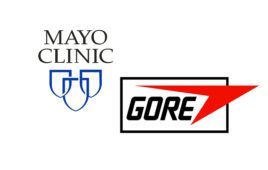 3D-printed corneas could save millions’ vision 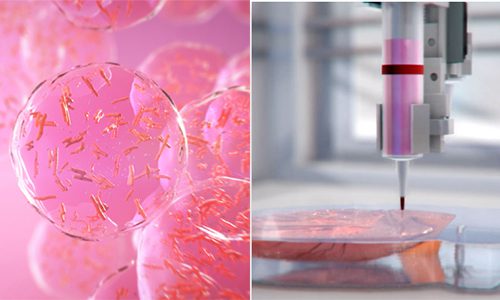