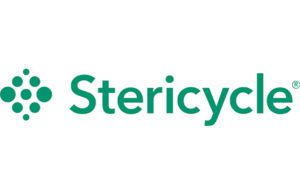 The federal government’s complaint alleges that Stericycle’s waste incinerator exceeded regulatory limits for nitrogen oxides (NOx), and that the company failed to properly conduct stack tests and failed to comply with reporting requirements. NOx is a key component in the formation of ground-level ozone, a pollutant that irritates lungs, exacerbates diseases such as asthma, and can increase susceptibility to respiratory illnesses, such as pneumonia and bronchitis. The EPA investigated the alleged violations in cooperation with the Utah Division of Air Quality, which conducted its own investigation into the alleged emissions problems and issued a violation notice in 2014, according to the company.

The alleged violations occurred in 2012 and 2013, according to Stericycle. The company plans to cease incineration operations at the facility and relocate to a more suitable site. While incineration will end in July 2022, this site will continue to be owned and operated by Stericycle as a collection and transportation facility.

The company said it has implemented a number of improvements at the facility since 2014, including installing new air pollution control equipment that has lowered emission levels beyond the limits for hospital, medical, infectious waste incinerators. Results from two separate, independent, Utah Department of Health studies have demonstrated that emissions from the facility present no health risk to the surrounding community, according to Stericycle.

“Medical waste incinerators must operate in strict compliance with our nation’s clean air laws,” said Jean E. Williams, deputy assistant attorney general for the justice department’s Environment and Natural Resources Division, in a news release. “Stericycle has installed new pollution controls and made operational changes to remedy the violations alleged in the complaint.”

“This settlement will benefit all who live in and visit North Salt Lake,” added EPA acting regional administrator Debra H. Thomas. “In addition to NOx reductions at the facility, the settlement requires Stericycle to replace old, high-emitting school buses for a local school district, providing cleaner air for school children and nearby neighborhoods.”

The school bus replacement is a supplemental environmental project, or SEP, which is an environmentally beneficial project required in a settlement that is not otherwise required by law. Diesel emissions reduction SEPs have been authorized by Congress. The EPA expects the SEP in this case will replace as many as 20 buses, leading to significant reductions in NOx, carbon monoxide, and diesel particulate matter and substantial fuel savings.

“Stericycle is thankful that this matter has been concluded and looks forward to continuing to support the healthcare community in the greater Salt Lake region,” the company said in a statement.

The consent decree is subject to a 30-day public comment period and final court approval.